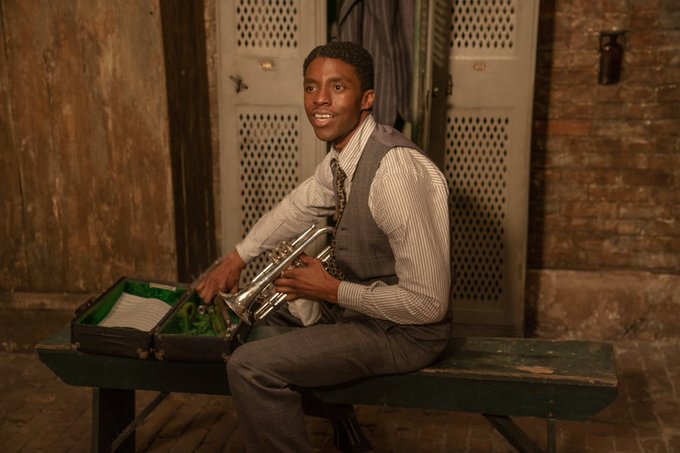 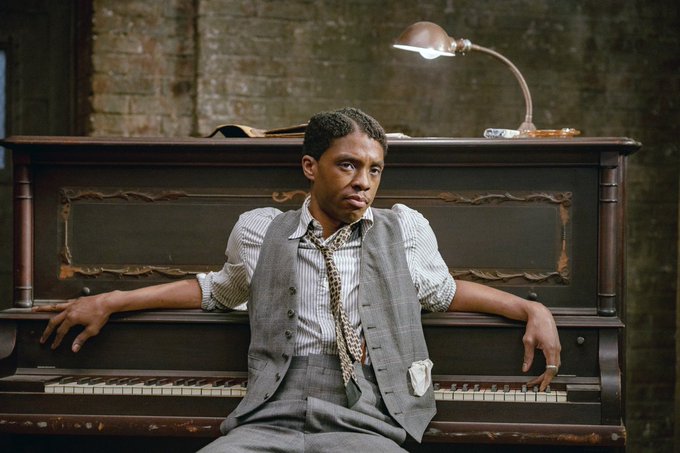 The late Chadwick Boseman has won another award posthumously for his performance in “Ma Rainey’s Black Bottom.”

On Sunday, the “Black Panther” actor won a posthumous Screen Actors Guild Award for outstanding performance by a male actor in a leading role for his performance as talented jazz musician Levee Green in the Netflix film.

Boseman’s widow, Taylor Simone Ledward, once more accepted the trophy on his behalf and delivered a short message to thank the awards-giving body for acknowledging her late husband’s talent, Entertainment Tonight reported.

“Thank you, God. Thank you Leroy and Carolyn Boseman,” she said, before thanking his “Ma Rainey’s Black Bottom” co-stars and filmmakers. “If you see the world unbalanced, be a crusader that pushes heavily on the seesaw of the mind. That’s a quote by Chadwick Boseman. Thank you Screen Actors. Thank you, Chad.”

In March, Ledward also accepted Boseman’s 2021 Golden Globe award for best performance by an actor in a motion picture — drama for his performance in the same movie. In her speech, she expressed gratitude to the individuals she knew the late “Black Panther” star would have wanted to thank, such as director George C. Wolfe, producer Denzel Washington and co-star Viola Davis.

“He would say something beautiful, something inspiring, something that would amplify that little voice inside of all of us that tells you you can, that tells you to keep going, that calls you back to what you are meant to be doing at this moment in history,” Ledward said.

She continued, “I don’t have his words, but we have to take all the moments to celebrate those we love, so thank you HFPA for this opportunity to do exactly that, and hun, you keep ’em coming.”

She also took it as an opportunity to remind the Black community to regularly screen for cancer, saying the illness is “beatable.”

“Black people in this country are 20% more likely to be diagnosed with colon cancer and 40% more likely to die from it. The age for routine screenings has recently been lowered to 45, if you are 45 years of age or older, please get screened,” she said.

“Don’t put it off any longer, please get screened. This disease is beatable if you catch it in the early stages and don’t have any time to waste even if you have no family history. And even if you think that nothing is wrong, if you are younger than 45, please be proactive about your health.”

Boseman succumbed to colon cancer at age 43 in August 2020 after battling the disease for four years. 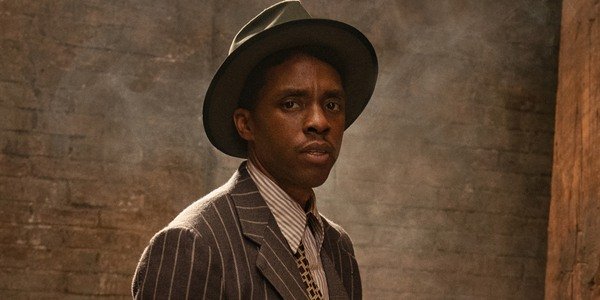 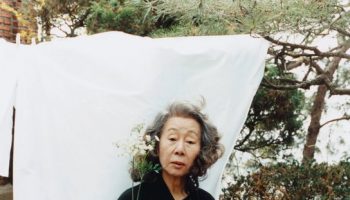