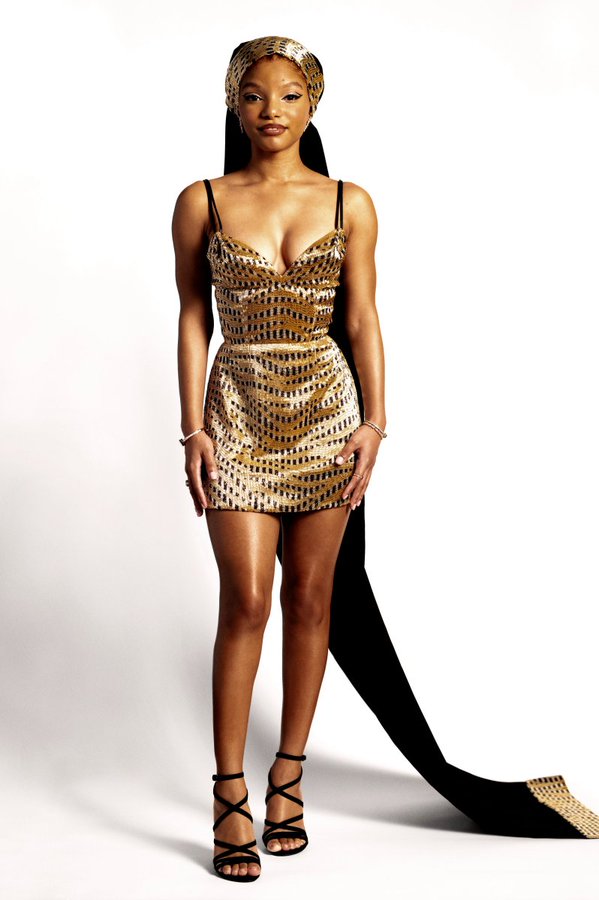 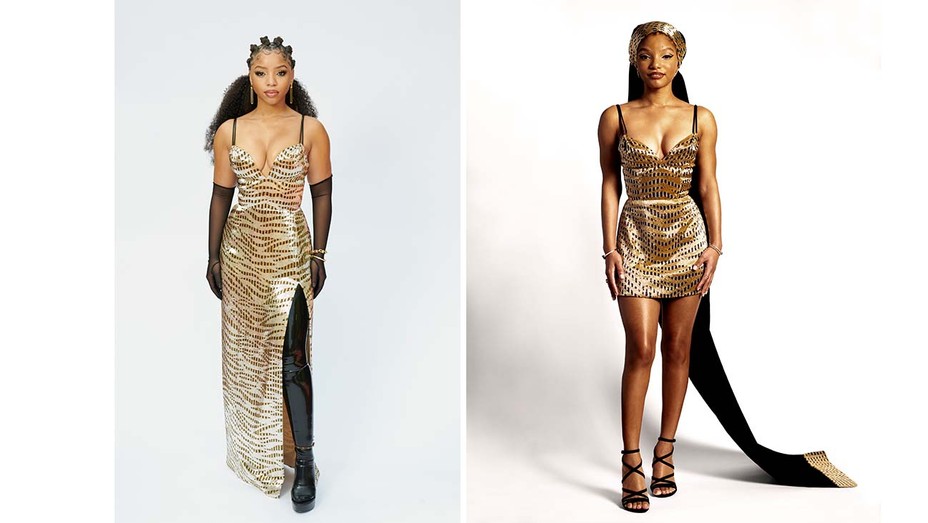 Chloe’s floor-length gown features a silver undertone, more than 40,000 glass beads and an asymmetrically placed front slit, while Halle’s mini-dress, paired with a matching head wrap, is crafted with a gold undertone and more than 20,000 glass beads.

The dresses required more than 270 hours to complete in Louis Vuitton’s Place Vendôme atelier. Both looks will be completed with jewelry by Tiffany & Co., which was acquired by LVMH, Louis Vuitton’s parent company, in January. Chloe x Halle first attended a Louis Vuitton show in 2016, and since then have become friends of the house, which elevated to appearing in the label’s Spring/Summer 2021 campaign, photographed by Ghesquière 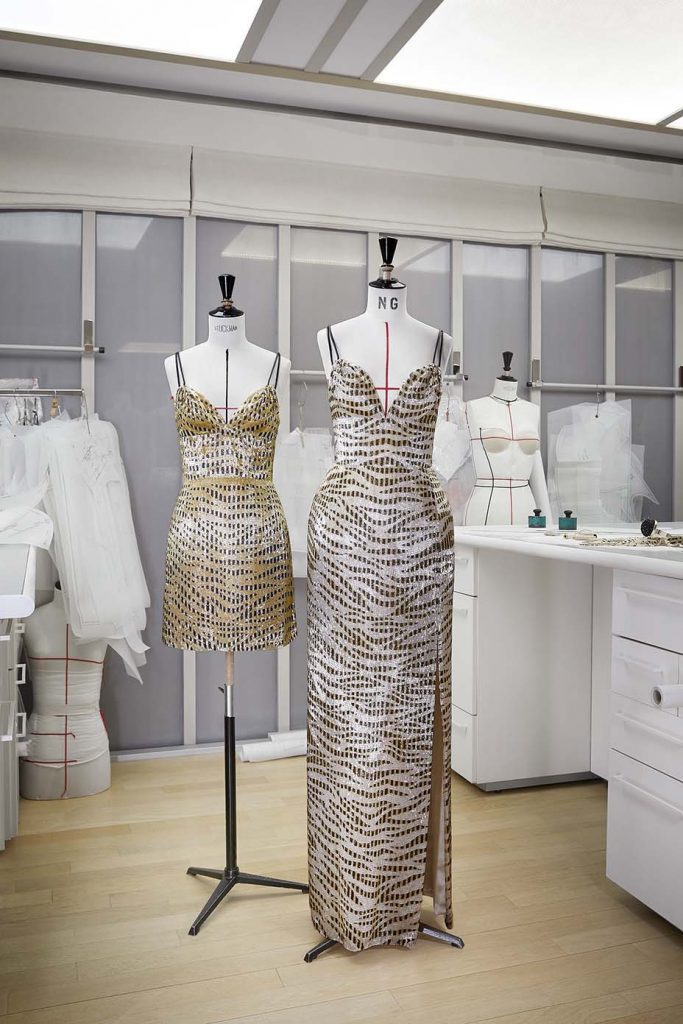 Courtesy of Louis Vuitton
A look inside the Paris workshop at the handwork on Nicolas Ghesquière’s custom dresses for Chloe x Halle to wear at Sunday night’s Grammy Awards. 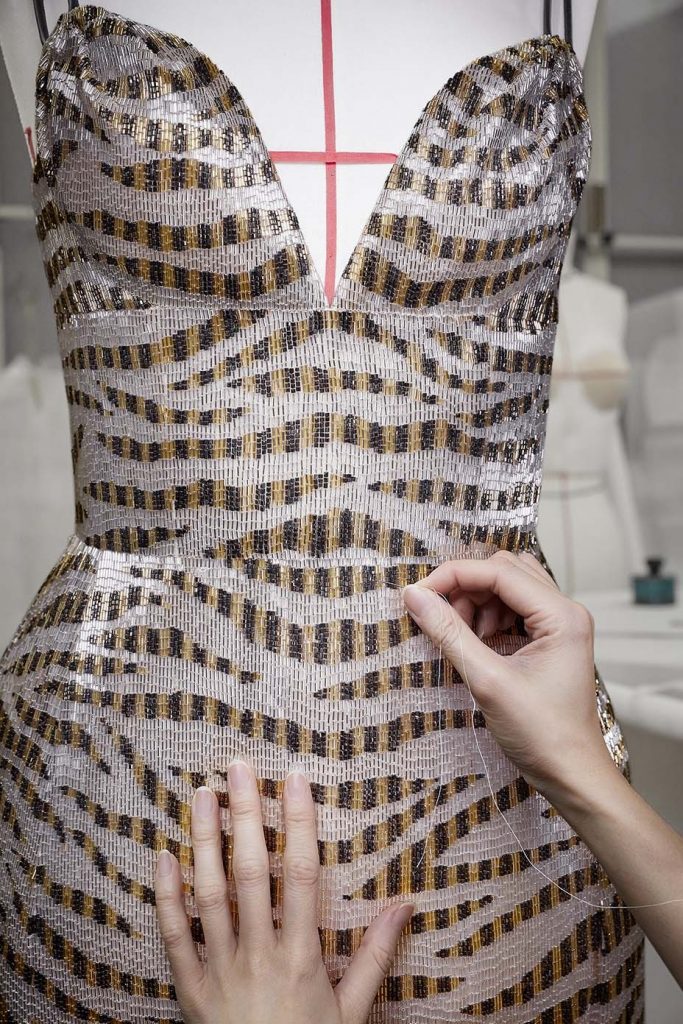 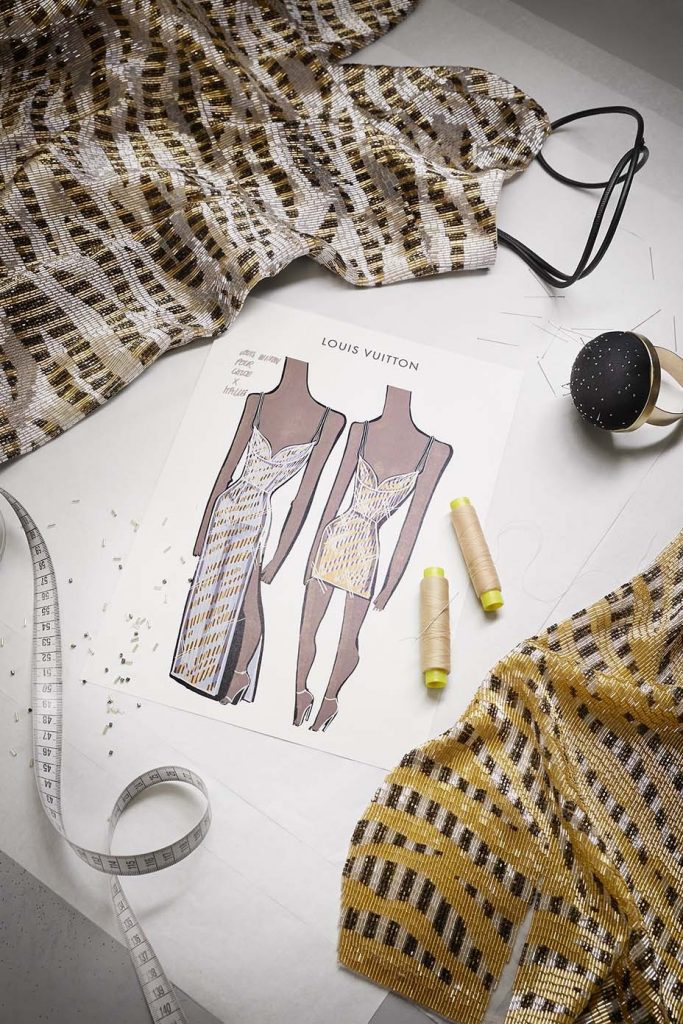 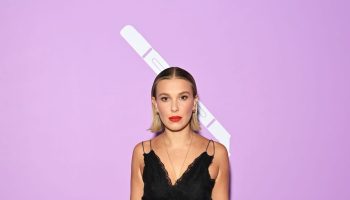 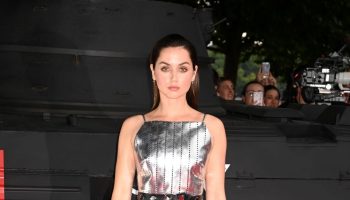 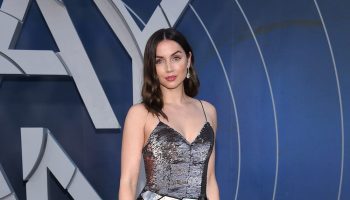 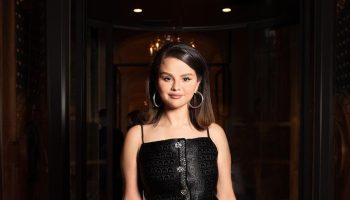 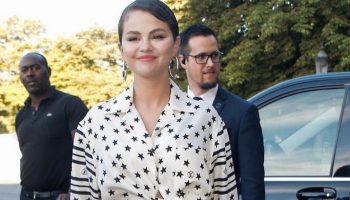