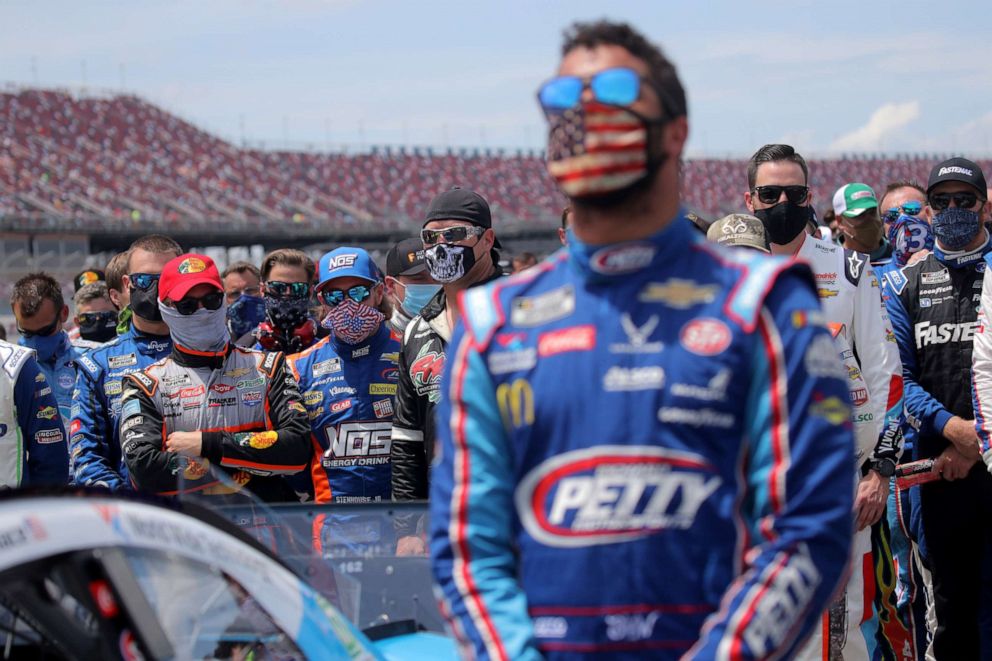 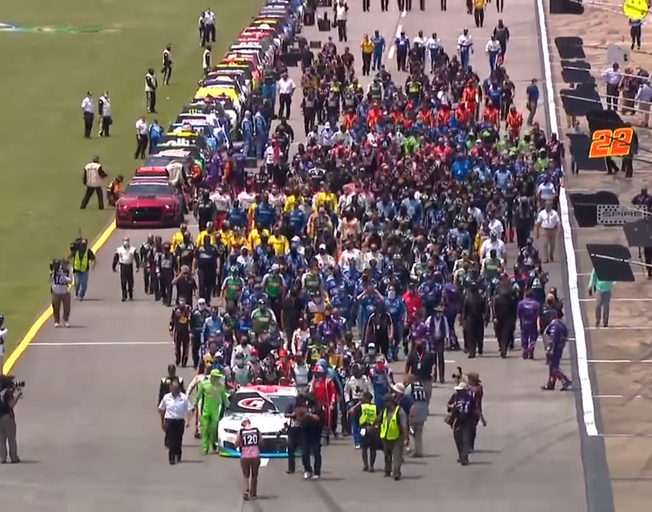 Prior to the start of Monday’s rain-delayed GEICO 500 at Talladega Superspeedway, drivers and crew members offered a unified show of support for Wallace when they pushed his No. 43 Richard Petty Motorsports Chevrolet to the front of the grid during pre-race activities.

Wallace was inside the car. A face mask and sunglasses covered his face. When he got out, though, Wallace’s emotions were on full display as he rested his head atop his hands on the hood, body shaking with tears.

Team owner Richard Petty, who had not attended a race since the COVID-19 pandemic began, put a hand on Wallace’s back to steady him. Petty arrived at Talladega on Monday to support his driver.

Ryan Blaney, driver of the No. 12 Team Penske Ford, then walked over and embraced Wallace in a tight hug. The two are well-documented friends on and off the track. One by one, other drivers approached Wallace with some form of comforting gesture or exchange – Hendrick Motorsports’ Jimmie Johnson, Germain Racing’s Ty Dillon, Richard Childress Racing’s Tyler Reddick and many more. Everyone then stood together during the invocation and national anthem.

Monday’s display of solidarity came one day after a noose was discovered in the garage stall of the No. 43 team. The lone black driver in the NASCAR Cup Series, Wallace has used his voice and platform over recent weeks to speak out against racial injustice in the world.

Before the at-track gesture, several drivers had already voiced their support for the 26-year-old, who has driven a Black Lives Matter paint scheme and pushed for NASCAR to ban the Confederate flag from its events – which NASCAR did on June 10.

“Over the last several weekends, I have been overwhelmed by the support from people across the NASCAR industry including other dreams and team members in the garages,” Wallace said in a statement. “Together, our sport has made a commitment to driving real change and championing a community that is accepting and welcoming of everyone. Nothing is more important and we will not be deterred by the reprehensible actions of those who seek to spread hate.

“As my mother told me today, ‘They are just trying to scare you,’ ” Wallace tweeted Sunday night. “This will not break me, I will not give in nor will I back down. I will continue to proudly stand for what I believe in.”

Support for @BubbaWallace poured in from all across the world yesterday at @TalladegaSuperS. pic.twitter.com/btRw9FfVVA

Supporting and thanking the pre-existing fans, and encouraging the new ones. For all of those new to the sport, we welcome you with open arms. pic.twitter.com/M44hCCPngr 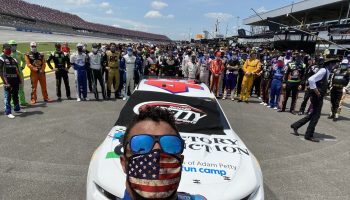 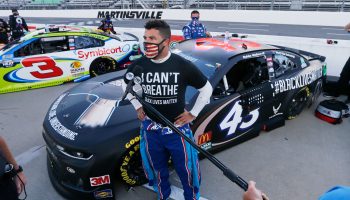 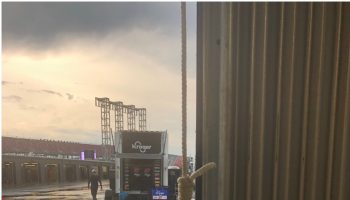 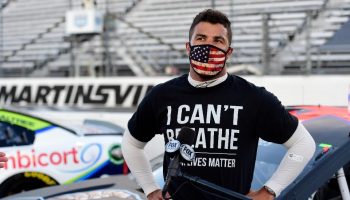