Blog NEWS by fashionsizzle on May 11, 2020 Michael Jordan the last dance 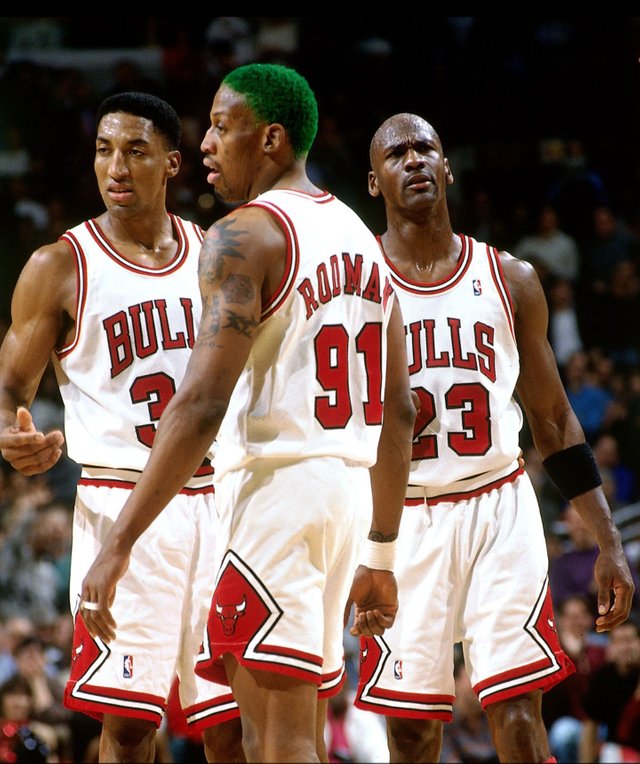 The highly anticipated documentary The Last Dance was released on ESPN last night . The documentary showcased the life of the legendary basketball player Michael Jordan and the final run of the Bulls dynasty during the 1997-98 season . Jordan and the Bulls allowed NBA Entertainment to follow them throughout the season and document their final championship together. The series features never-before-seen footage, as well as interviews with more than 100 people close to the team. 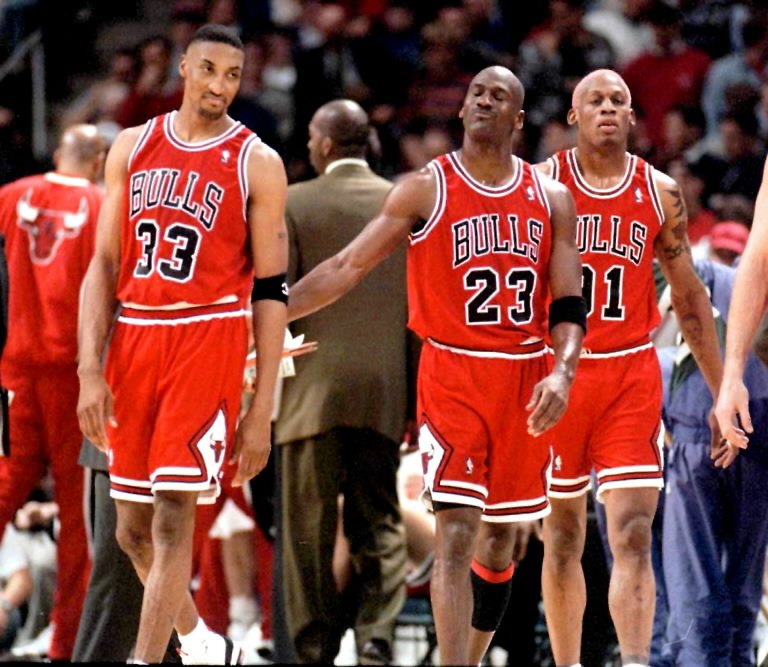 Episodes 1 and 2 of the documentary discussed the behind the scenes of the 1997-98 series which was called the last dance by head coach Phil Jackson because it was the last season for the team as it was . It featured the conflict between general manager Jerry Krause, and Scottie Pippen’s contract along with Michael Jordan rise.

The Last Dance’ aired episodes 7 and 8 of the 10-part documentary series looking at Michael Jordan’s legacy , the death of his father , retirement from basketball to play baseball along with  the  Chicago Bulls dynasty in the nineties.

The episode starts off by setting up the scene for the final title — ya know, The Last Dance. The Bulls are in the playoffs and are taking on the New Jersey  Nets in the first round in 1998. New Jersey gives MJ and the Bulls a scare but they are able to pull out a win. Will this be a long series? Is this the end of the dynasty?

Michael  Jordan’s father, James, was tragically murdered at the border of North and South Carolina. Jordan and his father were incredibly close and his passing really weighed on Michael. 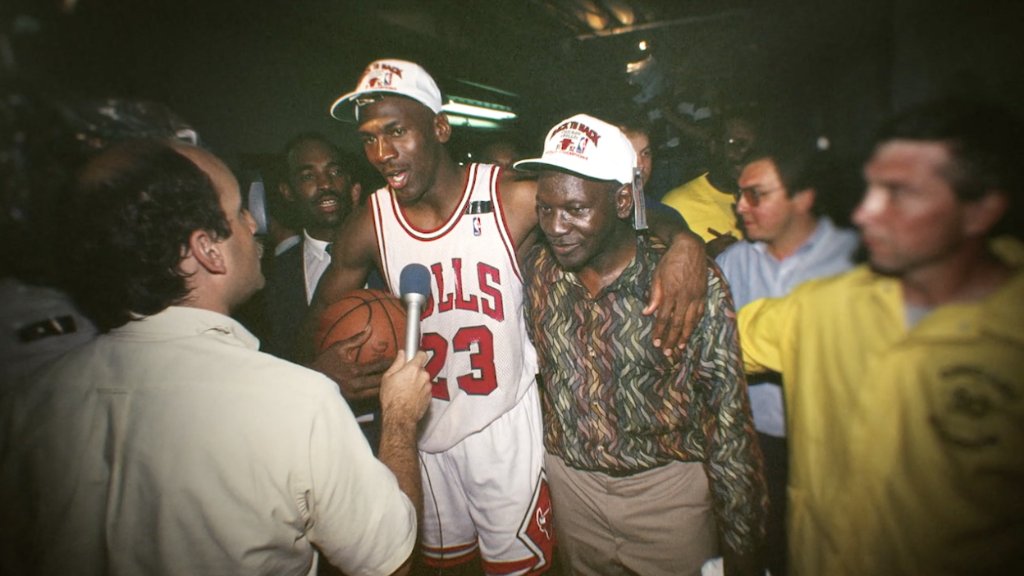 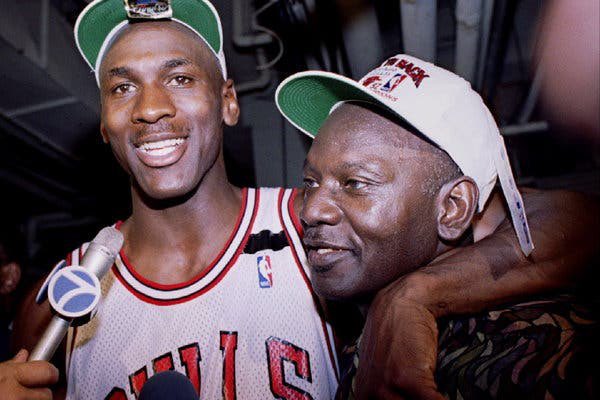 We get some interviews about how Jordan had been contemplating retirement for a while now, back in 1992 before The Dream Team. Nobody really thought MJ would ever retire this early. He shocked the world with the announcement before the 1993-94 season, opting to follow his childhood dream of playing baseball professionally.

We’re getting into Jordan’s reputation as a hard ass in practice. He wanted to win. At all costs. He just said that. Picking on Scotty Burrell and his teammates was more of a motivating tool. He was trying to light a fire under players. It was something coaches did. Not a player.

Michael was verbally abusive to his teammates they feared him , but he was pushing them to live up to their best potential so that they could win as a team . #TheLastDance

Now we’re back in time again and Scottie Pippen s trying to lead the Bulls to a title without MJ in 1993-94. The Bulls are going against theKnicks in the second round and are down 2-0 in Game 3. Scottie opts to sit out the final play for Chicago with a chance to win.  Toni Kuloc drains a game-winner and the Bulls make it 2-1. It was a defining moment for Kukoc and a not-so-great one for Pippen.

We fast forward back to 98 with the Bulls sweeping the Nets to advance to play the  Charlotte Hornets.

Episode  8 begins with the Bulls losing to B.J. Armstrong and the Hornets in Game 2 of their series. Welp, now Jordan has to go kill Armstrong … The Bulls would go on to defeat  the Hornets next game and eventually win the series. Armstrong was the motivating factor, the little kick in the ass the Bulls needed to get right.

Now, we go back to when Michael Jordan  has retired and there was talk   Michael was  ready to come back to basketball. The MLB was on strike and Jordan wasn’t playing baseball, so why not?

It was a rocky return for Michael out the gate because he had to get back in shape . It took a little bit for him to get his legs. That game-winner over the  Hawks was the moment he was officially back. Now he’s going to MSG.

Jordan drops 55 and the Bulls beat Ewing and the Knicks at the Garden. Problem was, when the Bulls reached the playoffs, they ran into a brick wall of Shaquille O’Neal and Penny Hardaway on the  Orlando Magic  Chicago loses and Jordan’s return was ruined, temporarily.

So Jordan switched back to 23 mid-series against the Magic to try and get the Bulls back in the series.  Jordan  wasn’t able to get into game shape after playing baseball for some long.

The Kerr fight was really important for this Bulls team in the second 3-peat. Kerr made so many huge shots and the relationship and trust between Kerr and MJ was crucial. It’s sort of that rite of passage for Kerr and he responded and now he’s not only one of the most winningest basketball players ever, but also one of the best coaches in the world right now.

Michael Jordan breaks down exactly how he ended up punching Steve Kerr in the face during Bulls practice. Afterward we discuss the difference between then, when a fight could go largely unnoticed, and now, where if a guy subtweets his teammate, there is large-scale FREAKING OUT. pic.twitter.com/DHwcDQ2dnm

The Bulls achieve their  revenge on the Magics in the 1996 playoffs. It was inevitable, Jordan is Thanos. You think people would learn not to cross MJ.   George Karl did not. He blows Jordan off at dinner and then MJ made sure Carl and the SuperSonics were dispatched quickly.

“My mentality was to go out there and win; at any cost.

If you don’t get on the same level, it’s gonna be hell for you.”

Gary Payton should be praised  for stealing a game from Jordan. Making it a 3-2 series was exactly what MJ needed to  make it competitive and win .

Gary Payton thought he found a way to get to MJ … Mike wasn't sweating the Glove 😂 #TheLastDance pic.twitter.com/Z8NG7qN5hW

Father’s Day 1996. Game 6 vs. the Sonics. Jordan can clinch the first title after the passing of his father. His dad was with him in that game. . Jordan won his  fourth championship in six years.

“When people see this…they’re going to say, ‘well, he wasn’t really a nice guy, he may have been a tyrant.’ Well, that’s you…because you never won anything.” – Michael Jordan #thelastdance pic.twitter.com/ZsDiFGoHT7

"I know he's watching. To my wife and kids, to my mother, brother and sister, this is for Daddy."

Michael with his  Mom

There's nothing like watching #TheLastDance with loved ones ❤️

Light Therapy: What Is It And How Can It Spice Up Your Beauty Routine ?