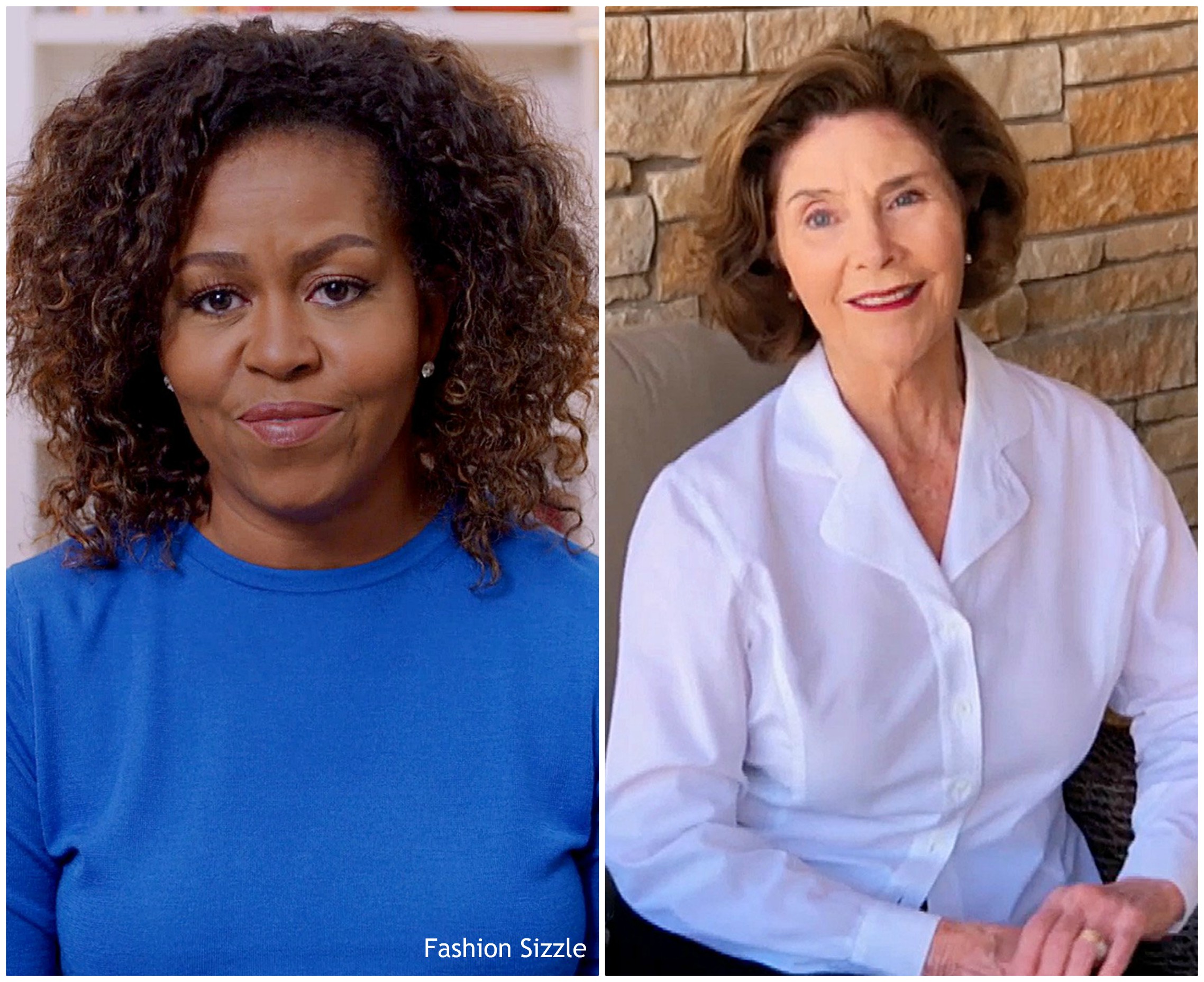 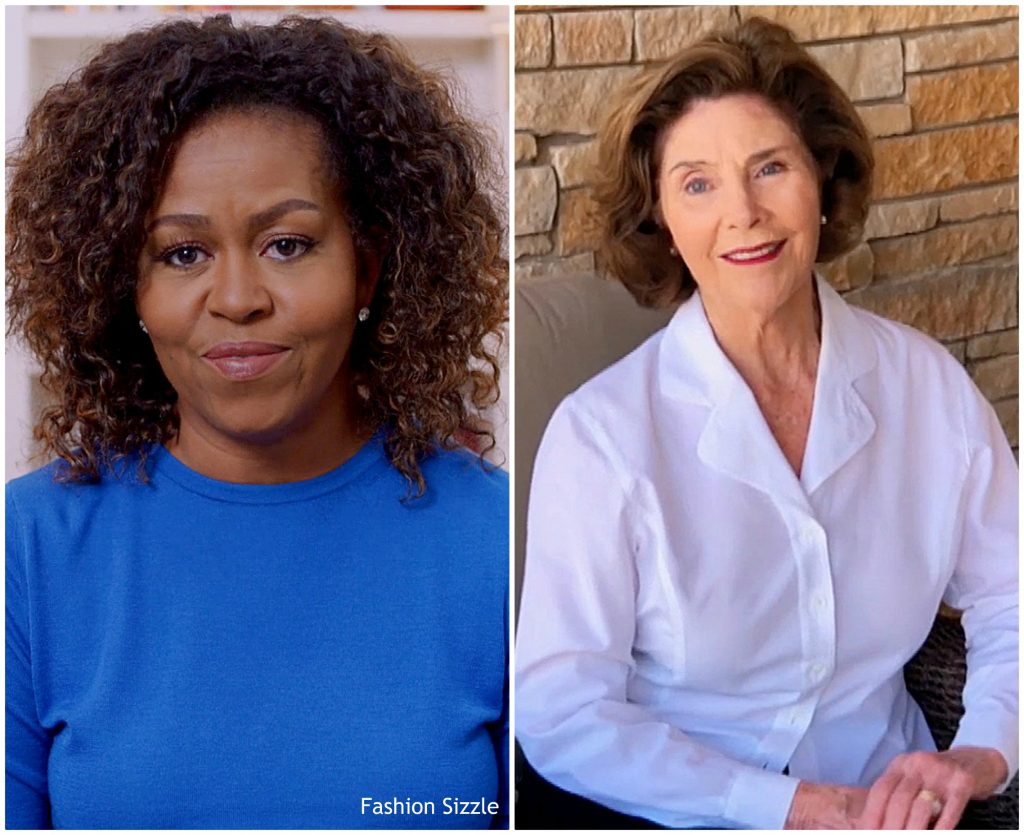 Former first ladies Michelle Obama and Laura Bush  made an  surprise  appearance Saturday night  at the  Global Citizen Concert separately, from their own homes, sharing messages of thanks and hope.

“Michelle and I are thrilled to join you tonight in your homes for this special program,” said Bush.
The two women took turns speaking.
“We’ve had the profound privilege of getting to know you and your families. Your hopes and your struggles, and your triumphs,” said Obama. “The spirit and courage of the American people is most evident in times of crisis, and during this period of physical separation, we’ve never been closer. Not just in our great country, but tonight we stand with the people of the world,” said Bush. 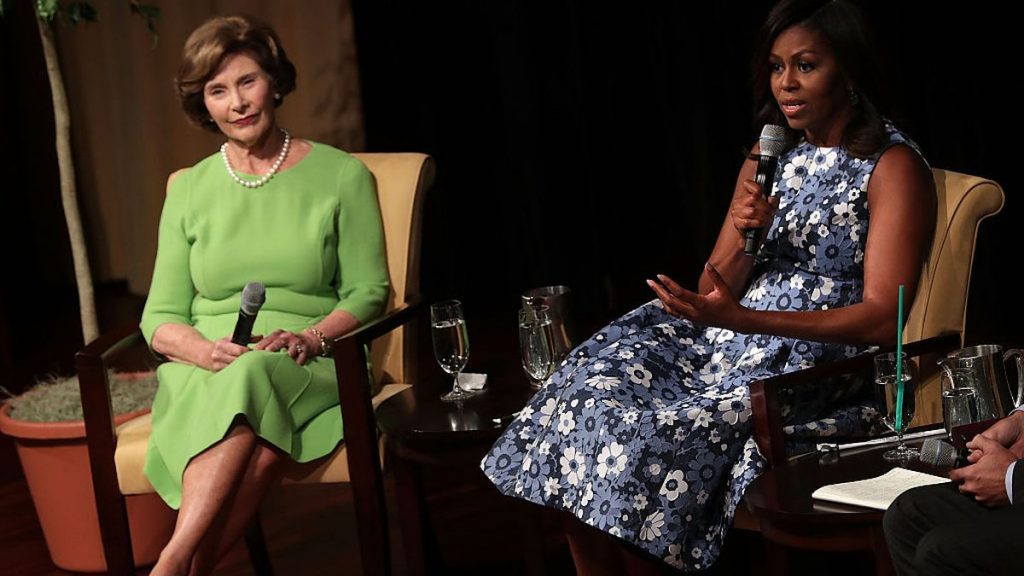 They both  went on to  thank the  healthcare workers and first responders, as well as pharmacists, veterinarians, sanitation workers and those working in grocery stores or delivering food and supplies to homes. “You’re the fabric of our country and your strength will carry us through this crisis, said Bush. 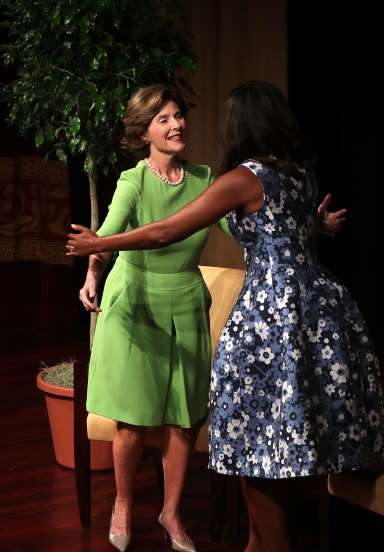 Michelle Obama  ended the message off by saying, “The coming days will not be easy, but this global family of ours is strong. We will continue to be here for one another and we will get through this crisis. Together. Thank you.”
In their post-White House lives, both Bush and Obama have maintained initiatives they started in part while serving as first ladies, most which help empower women and girls around the world. Bush heads the George W. Bush Institute’s Women’s Initiative, which helps foster healthcare, education, economic opportunity and human rights. Obama has numerous causes via the Obama Foundation, including the Girls Opportunity Alliance, focusing on educating young women around the world with the goal of empowering them for successful futures.
The two have expressed a mutual affinity for one another, on display at a handful of events in recent years where Bush and Obama have shared the stage together.
In 2016, during an event at the George W. Bush Presidential Center in Dallas and hosted by Bush, Obama joined by video.
“As you all know, I deeply admire and respect Laura,” said Obama at the time. “And I think that it’s important to collaborate with people you admire and respect, regardless of party. That’s what makes a democracy work, truly.”
Saturday’s “One World: Together at Home” event is meant to raise funds for the Covid-19 Solidarity Response Fund for the World Health Organization.

Beyonce Knowles Made Surprise Appearance @ One World : Together At Home Special 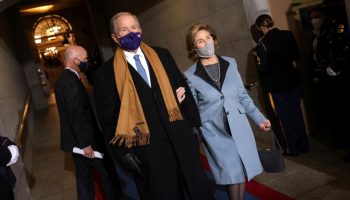 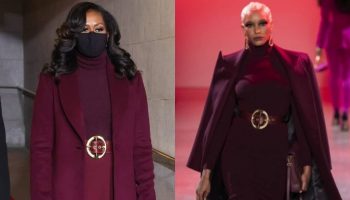 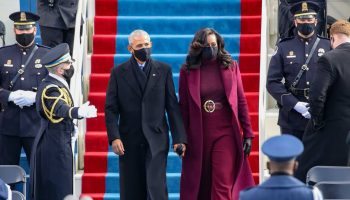 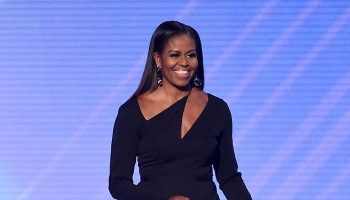