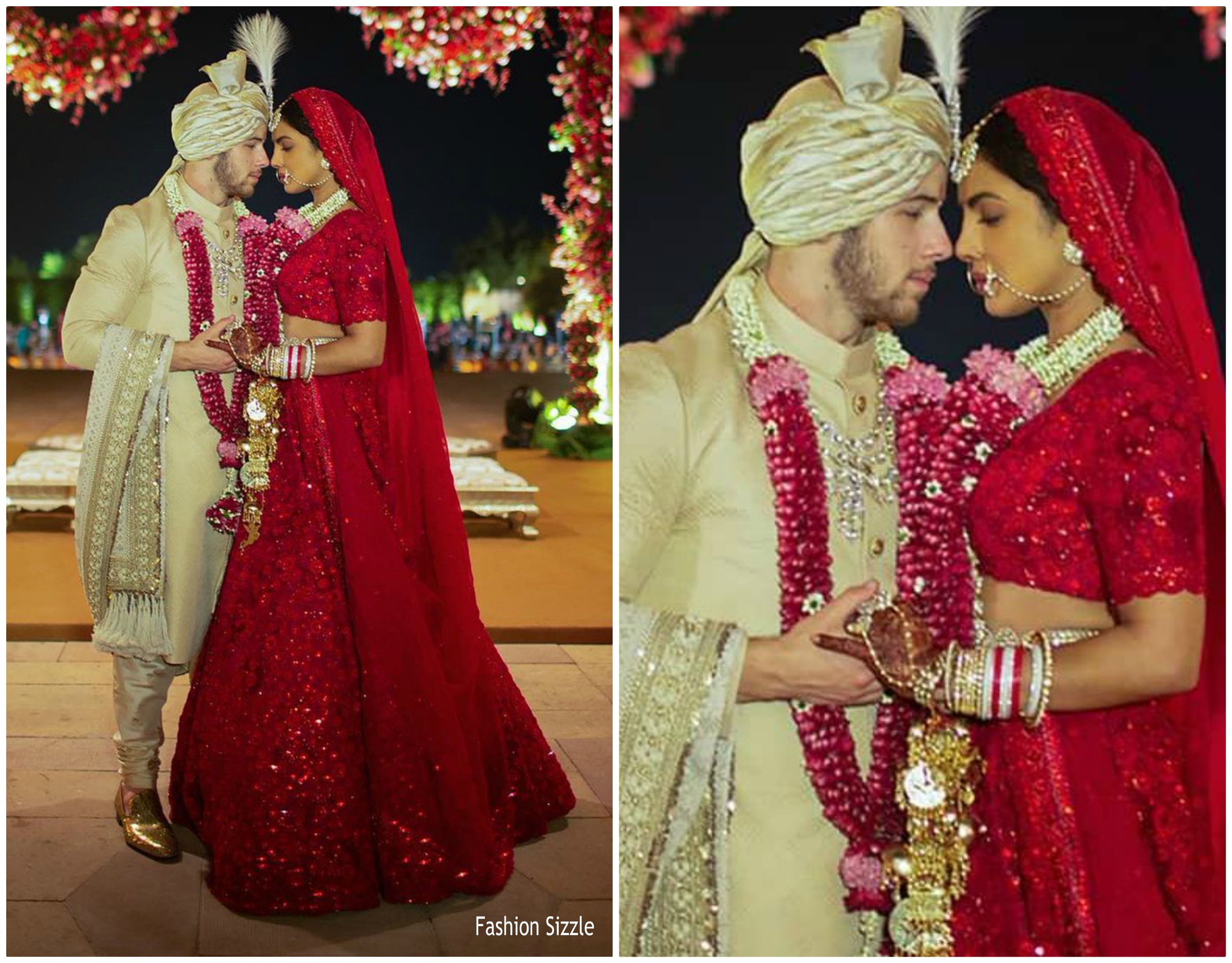 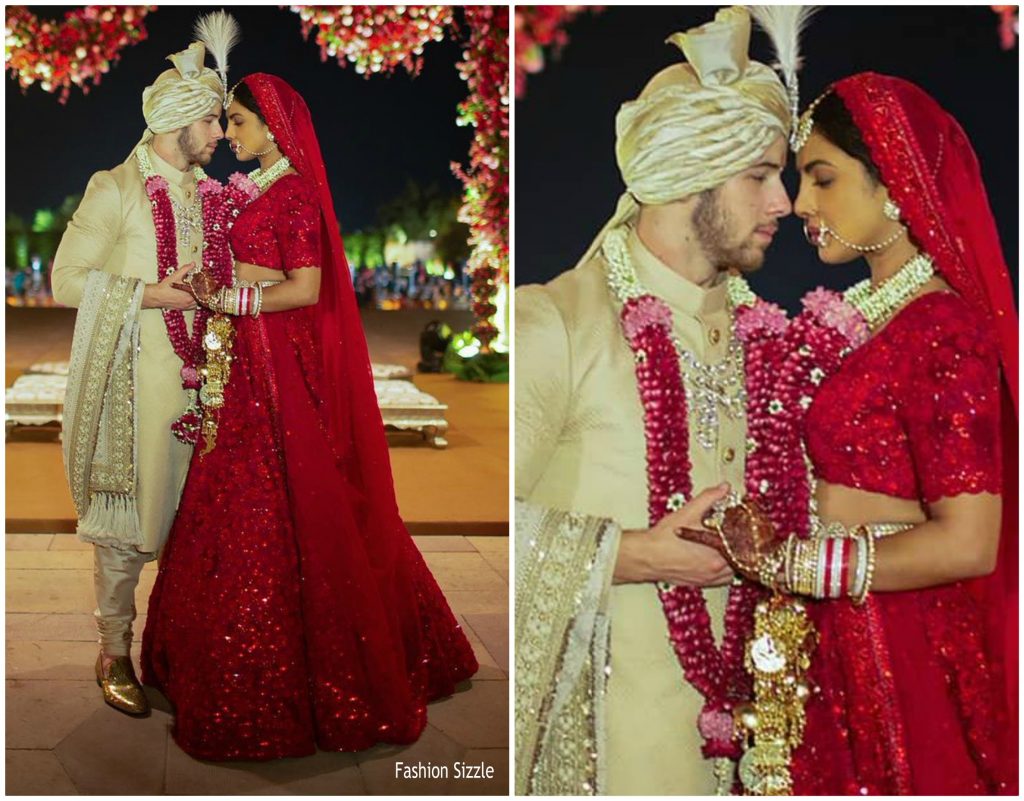 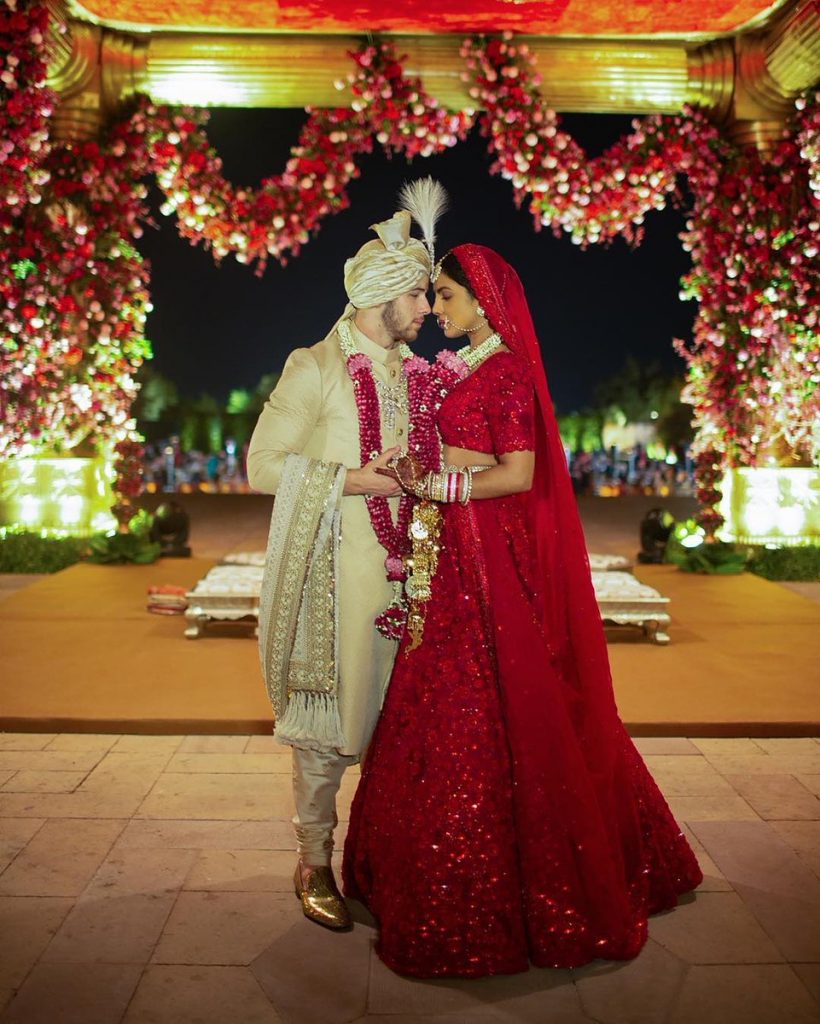 For her second look she wore a red  custom,  lehenga by Sabyasachi gown , which she wore for her traditional Indian nuptials. The design included French knots in silk floss, “Siam-red” crystals, and intricate hand embroidery.  It took 3,720 hours and 110 embroiderers to create. 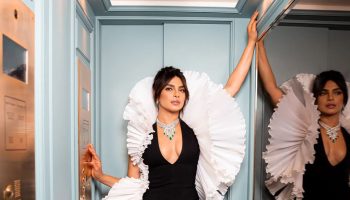 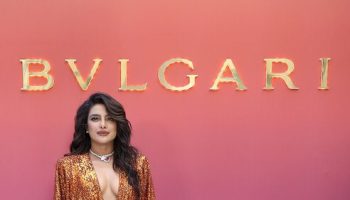 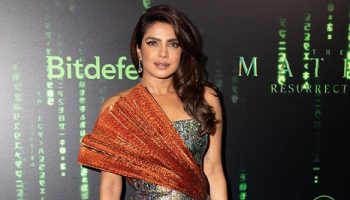 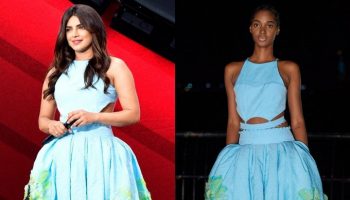 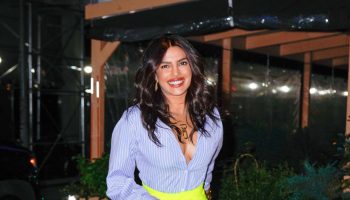