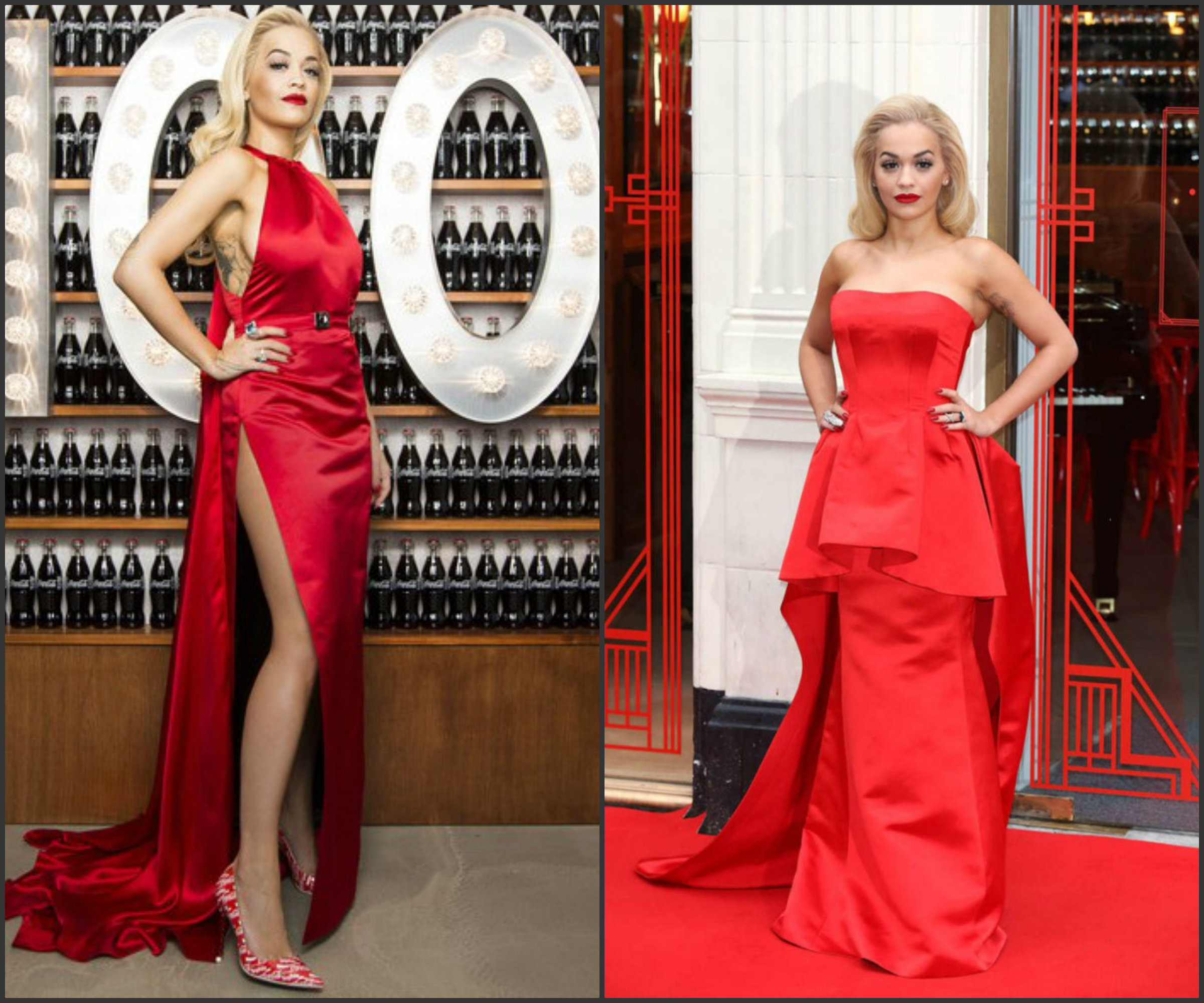 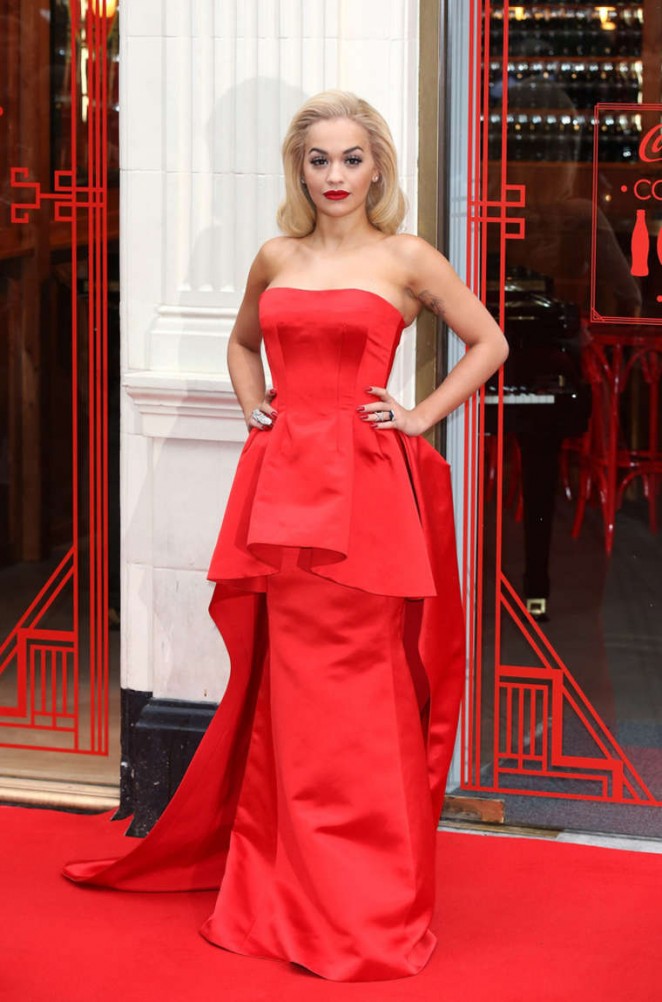 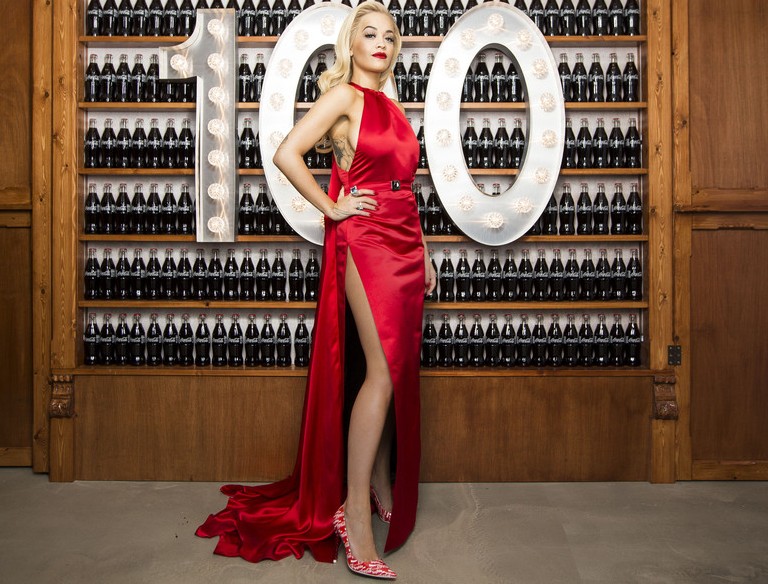 Rita Ora was in attendance at the photocall to mark the 100th anniversary of the Coca-Cola Bottle held at the opening of the Contour Centenary Bar on Thursday March 19 , 2015 in London, England. 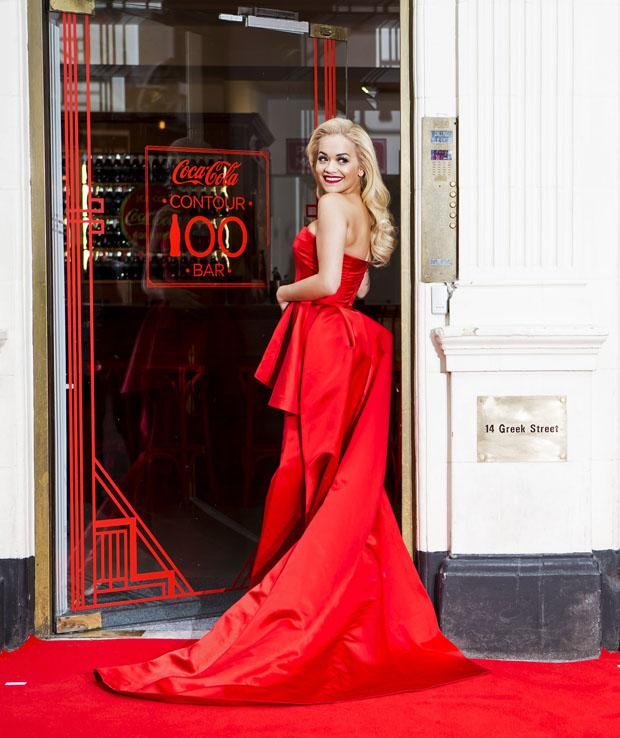 She wore a strapless red Veni Vici Couture peplum gown that has train. 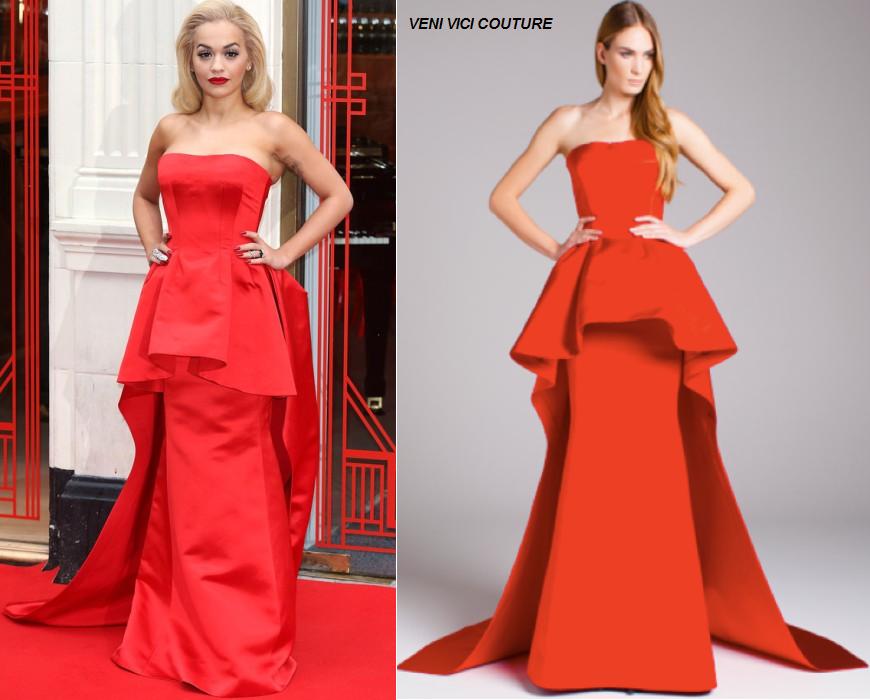 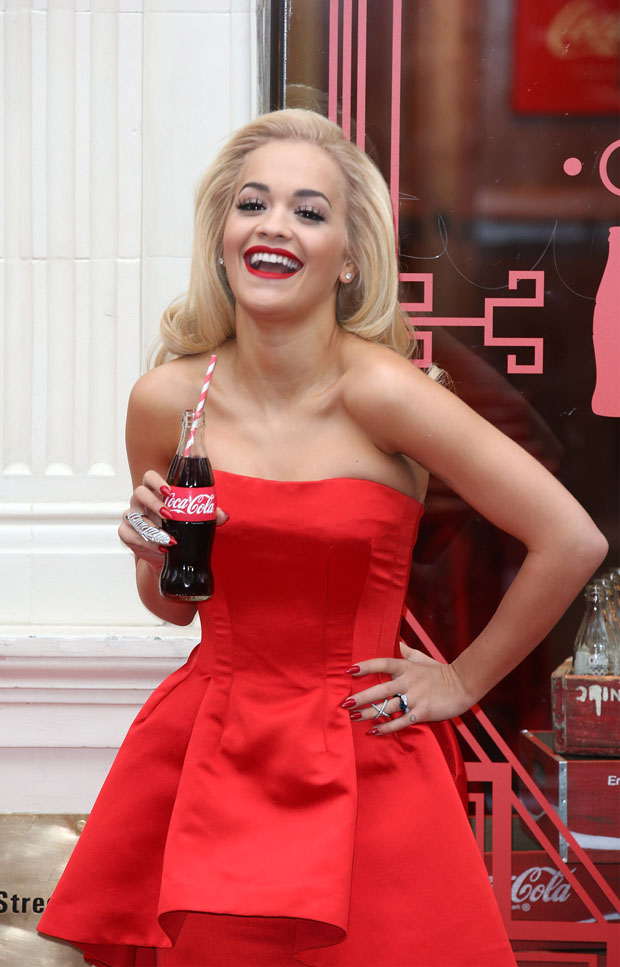 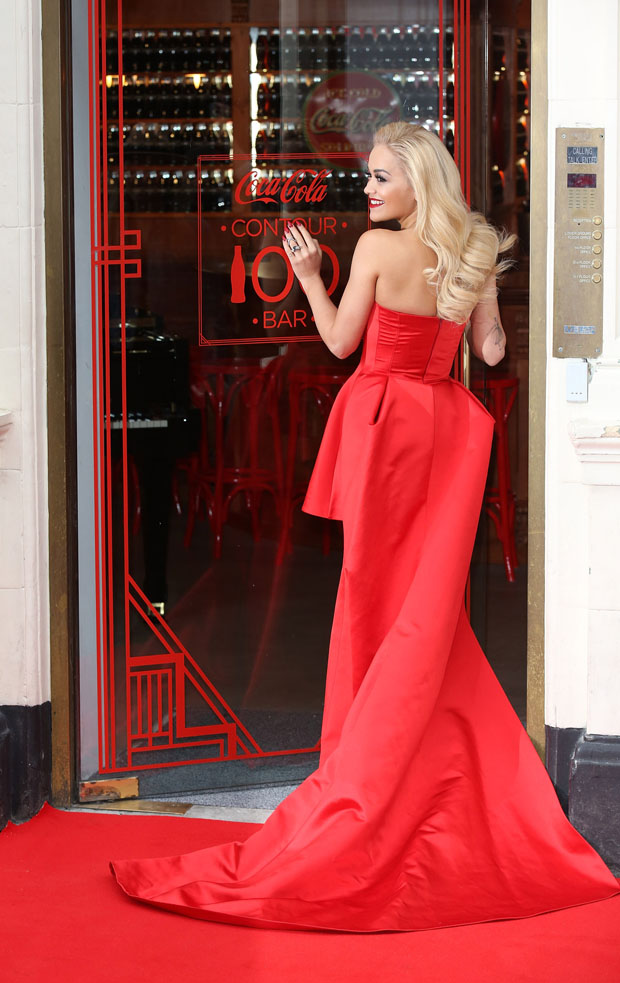 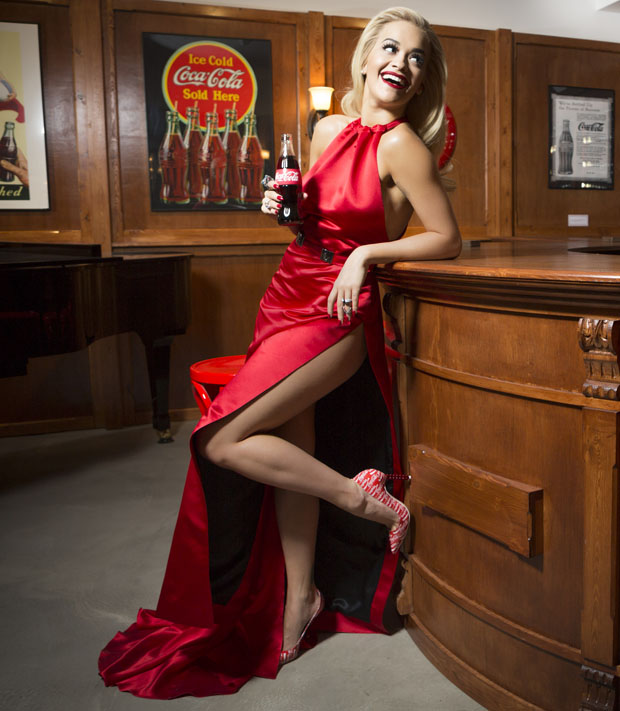 She also wore a  red satin halter belted dress  that has  side double splits along with  a draped cape panel that flowed into a train. 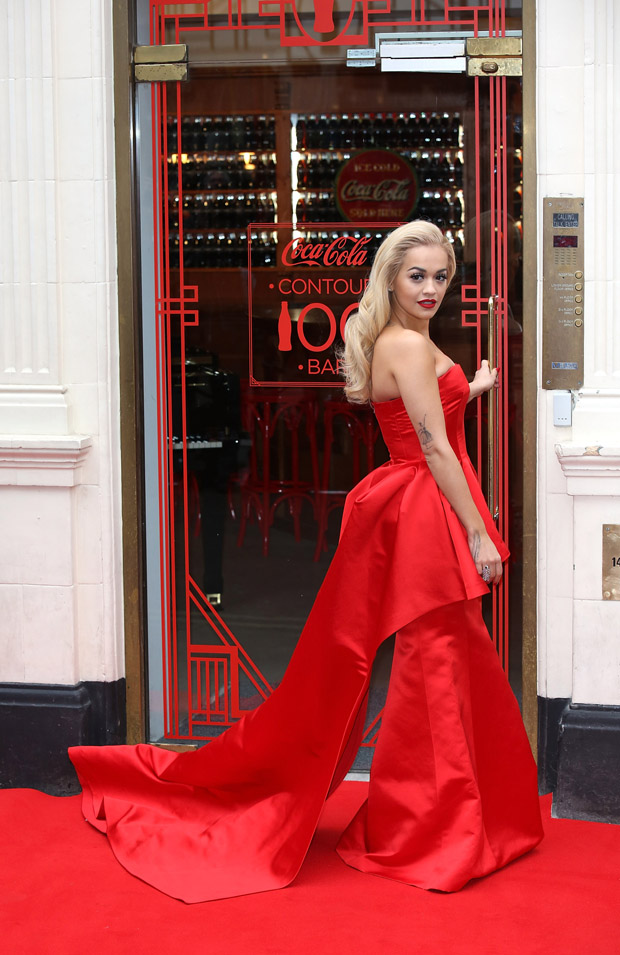 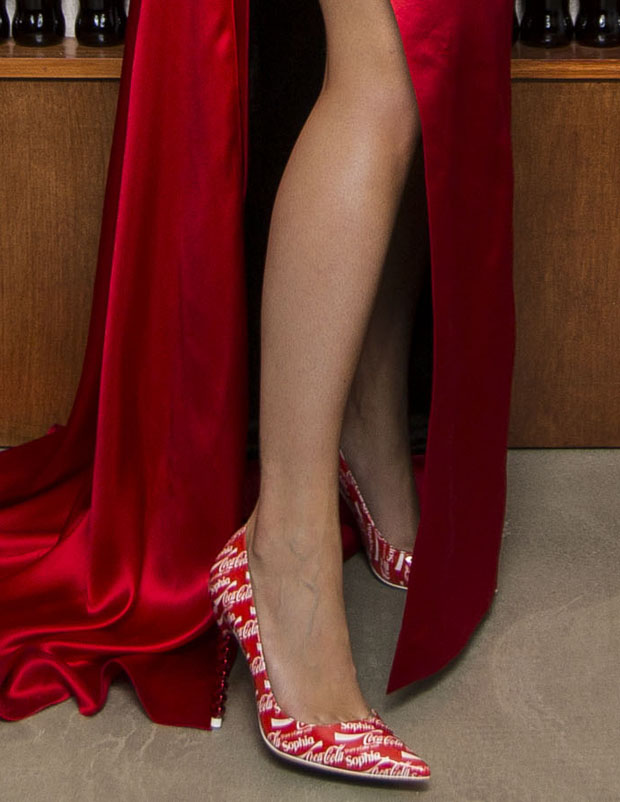 She styled her look with red lips , a pair of Sophia Webster ‘Share A Coco-Cola’ pumps 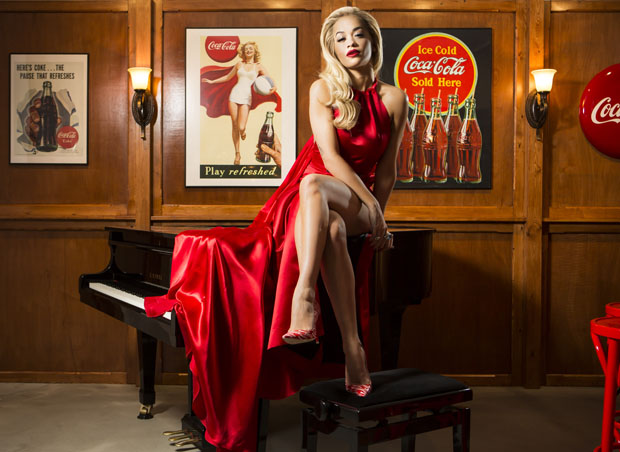 Madonna In Schiaparelli Couture at The Ellen DeGeneres Show 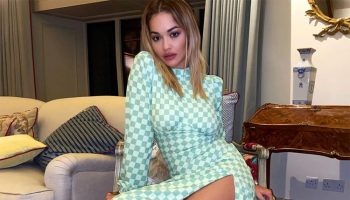 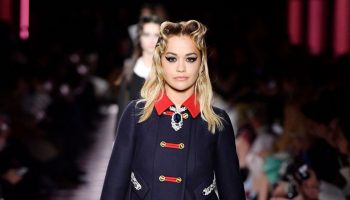 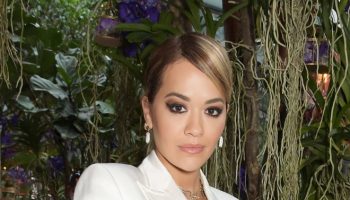 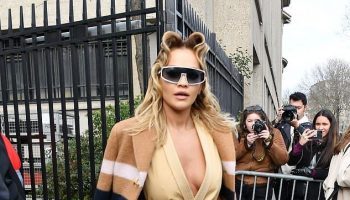