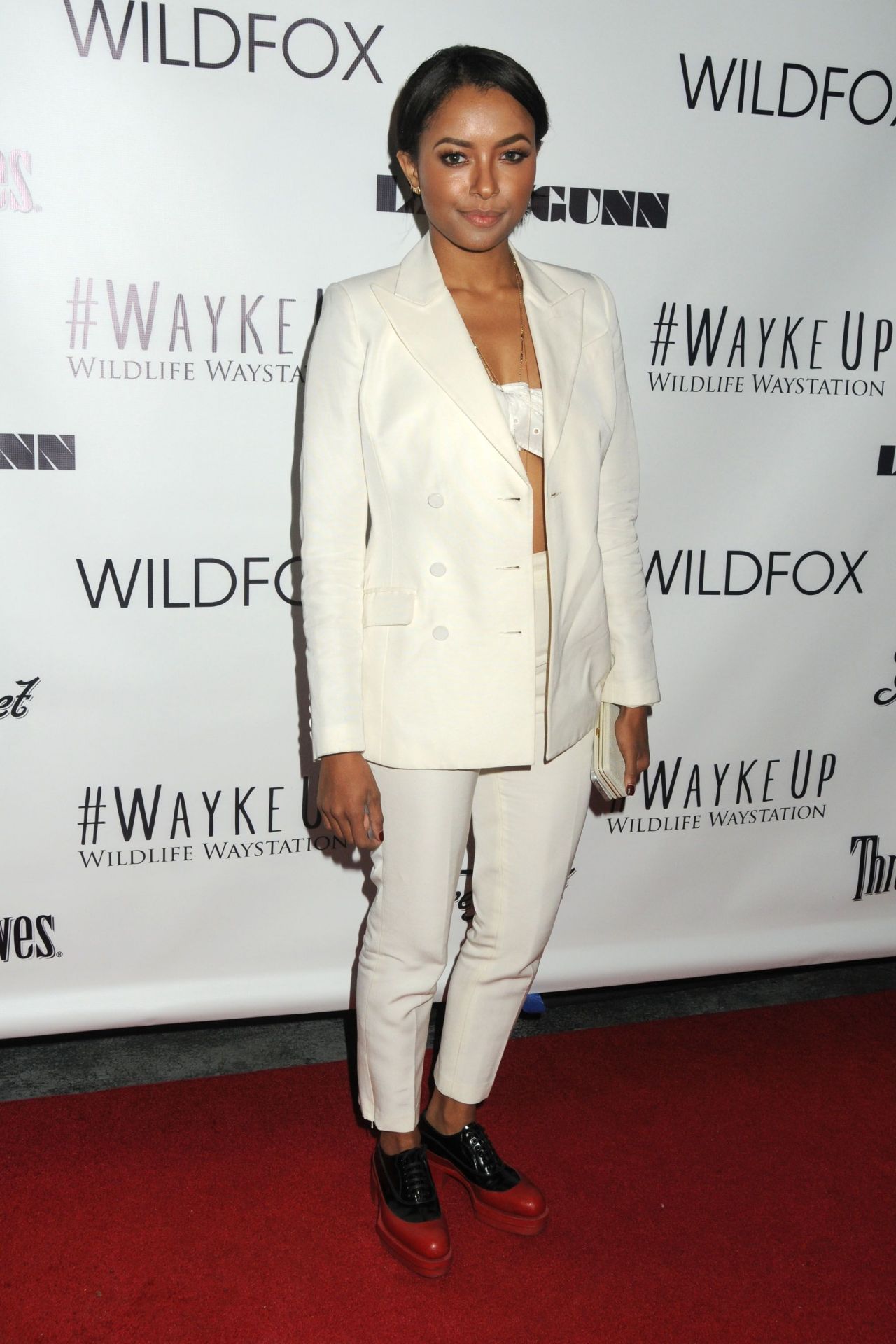 Kat Graham was in attendance at the Wayke Up Fundraiser at Sofitel Hotel in West Hollywood, California on December 14, 2014. Presented by Wildfox and Ladygunn Magazine. 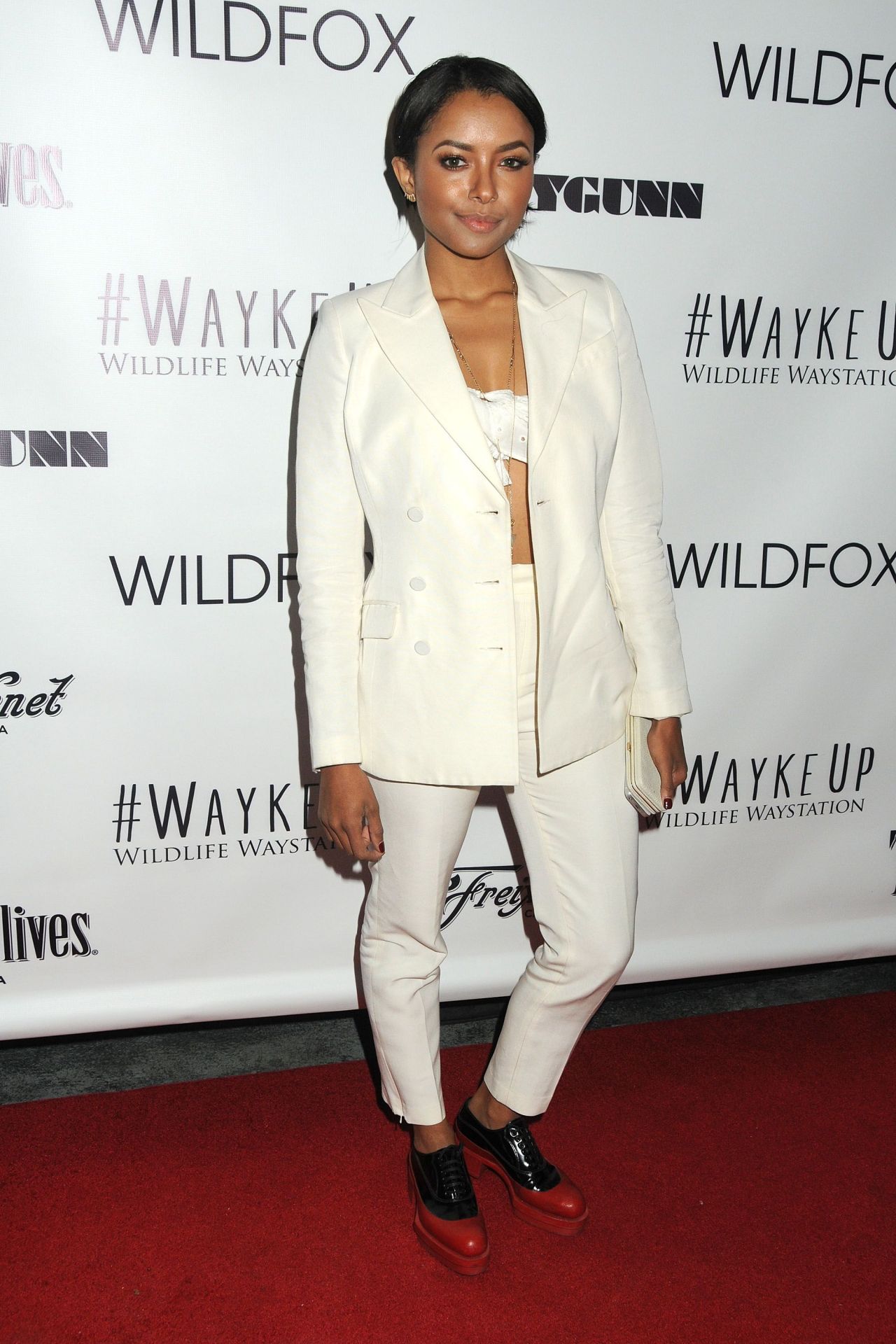 The event was hosted by actress Nikki Reed and aimed to raise funds and awareness for the Wildlife Waystation, a national non-profit in the Los Angeles National forest. It is a sanctuary dedicated to the rescue and rehabilitation of exotic and native wildlife. 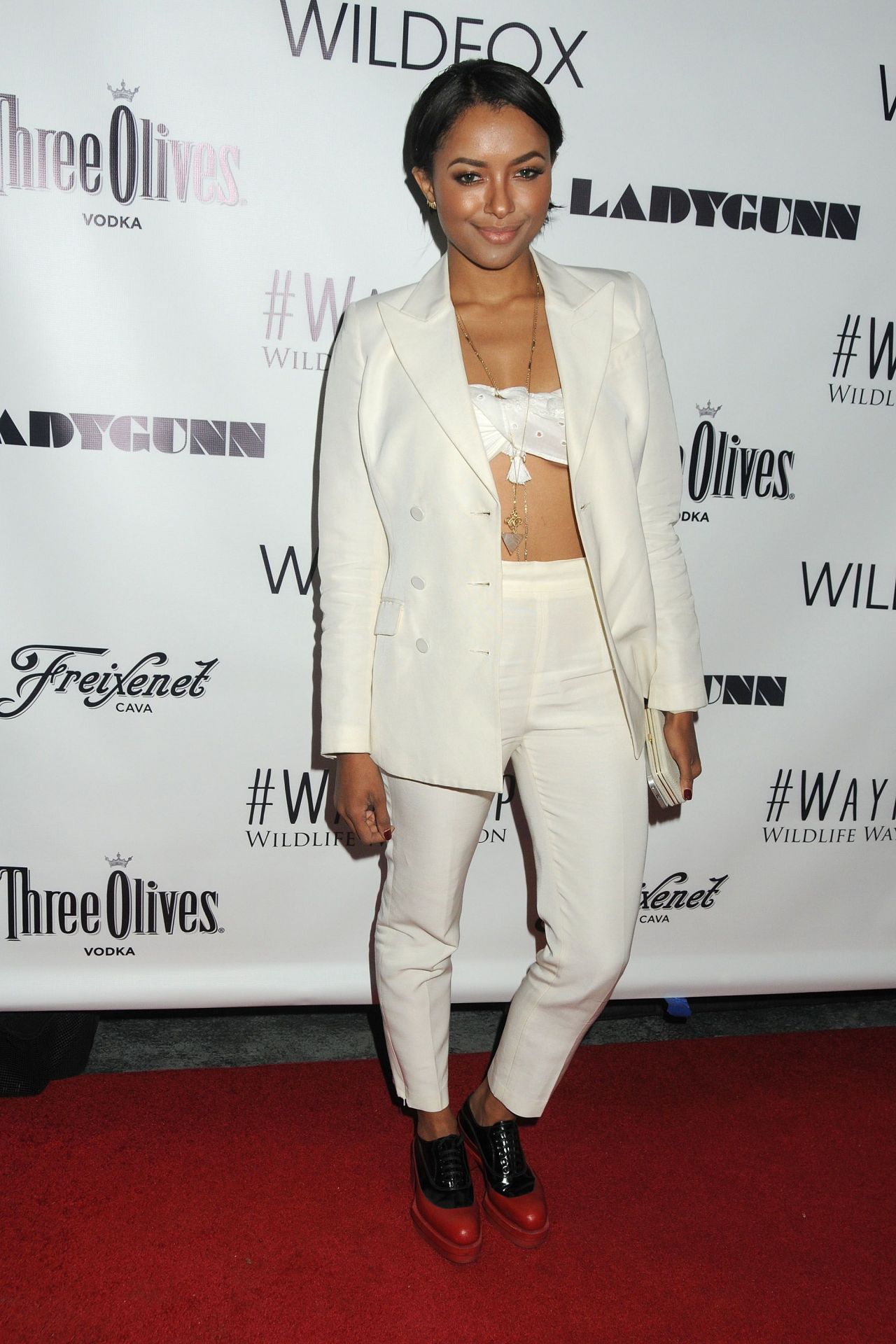 The actress wore a a white H&M pantsuit paired with a bra top and a pair of black and red Prada shoes . 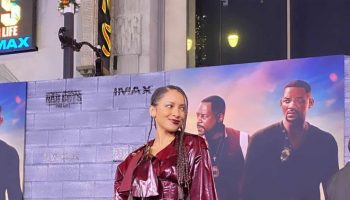 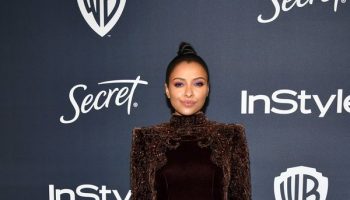 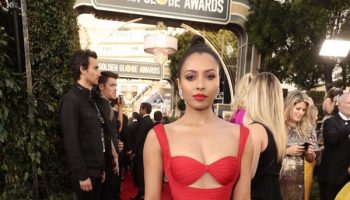 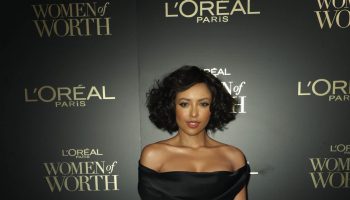 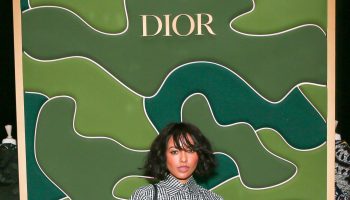