Diane Von Furstenberg and the invention of the Iconic Wrap dress 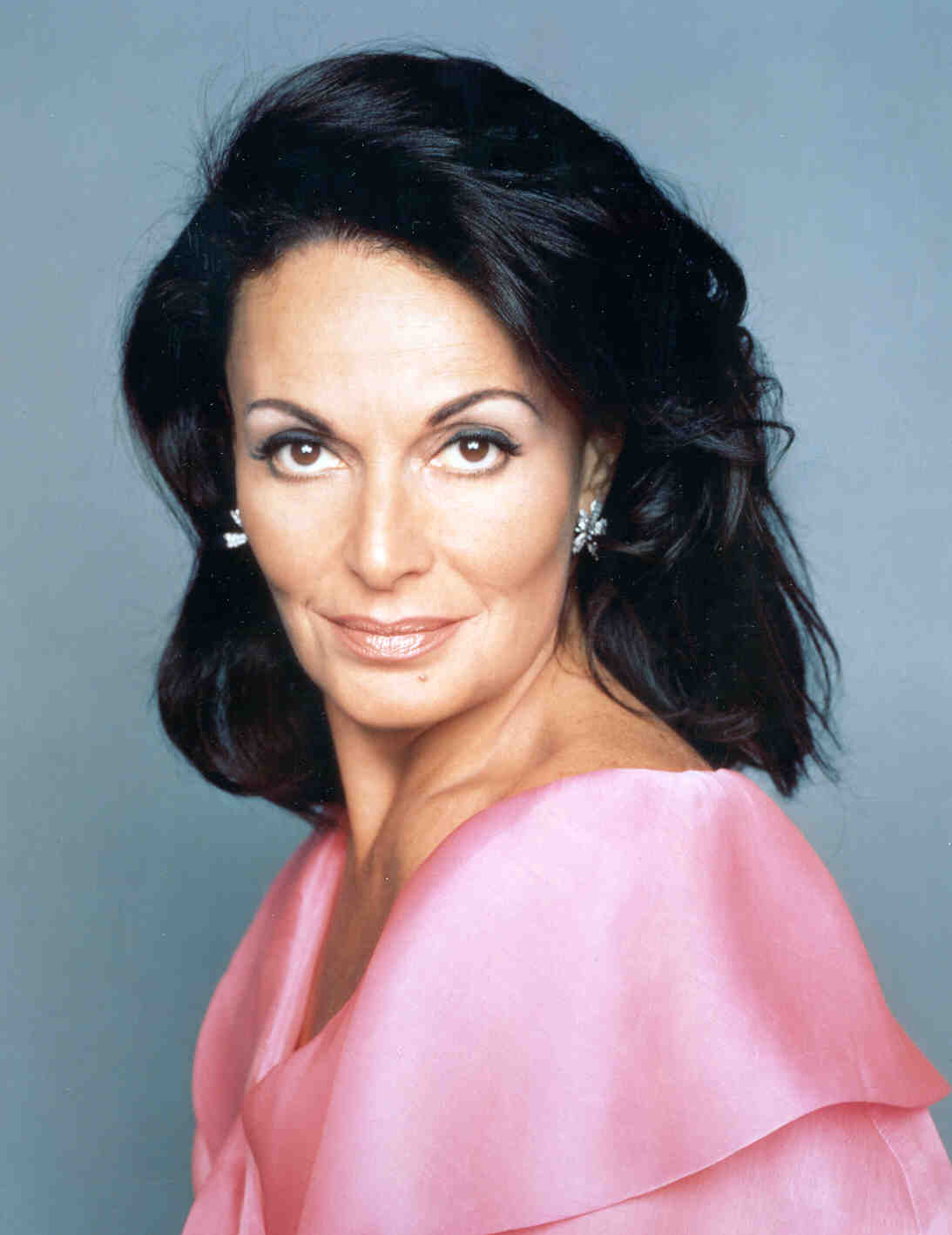 The jersey knit wrap dress was invented by Designer Diane Von Furstenberg in 1972 . Four years later in 1976 DVF wrap dress sold 5 million versions . Furstenberg told New York Magazine in 1988, “I would see 20, 30 dresses walking down one block. All sorts of different women. It felt very good. Young and old, and fat and thin, and poor and rich.”

Diane who was born in Belgium was married to Italian Prince Egon von Furstenberg in 1969, and became divorced three and a half years later in 1972. Diane began working in the New York fashion industry in 1970, she expressed to press in past interviews: “The minute I knew I was about to be Egon’s wife, I decided to have a career. I wanted to be someone of my own, and not just a plain little girl who got married beyond her desserts.” 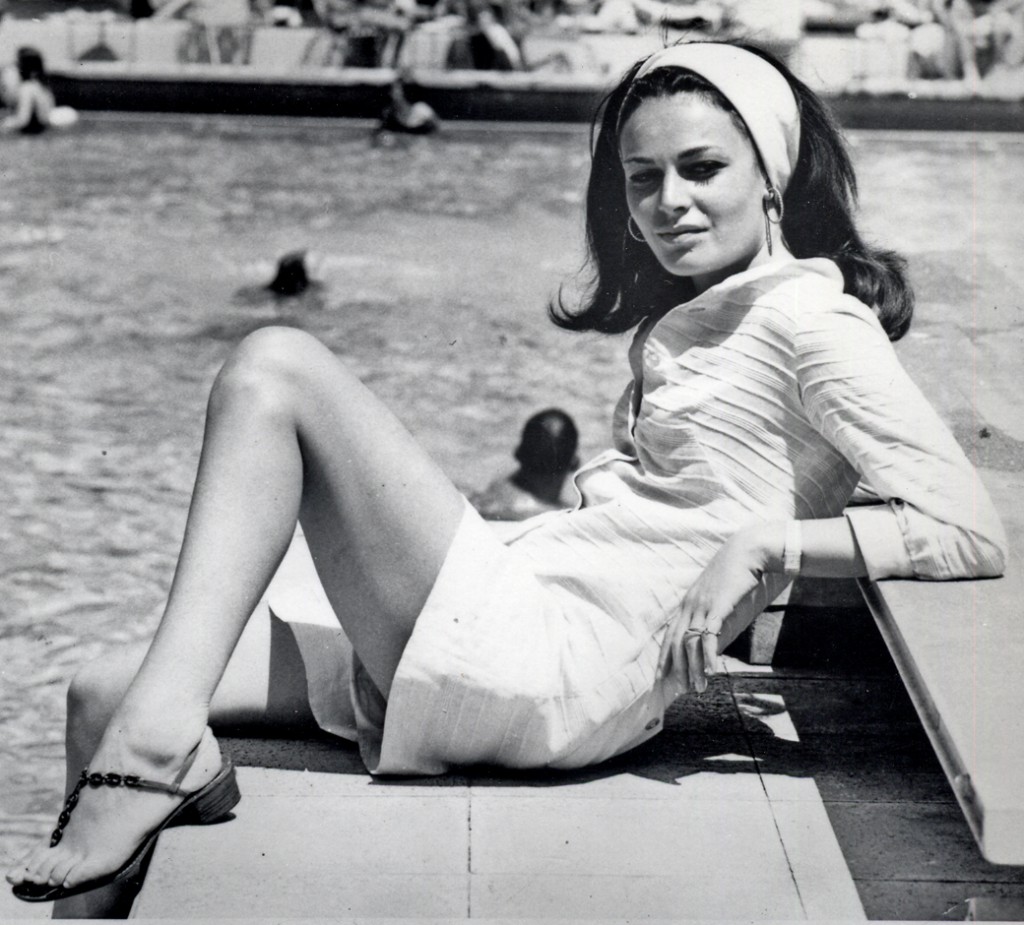 The Diane Von Furstenberg wrap dress was inspired by seeing former President Nixon’s daughter Julie Nixon Eisenhower wearing a wrap blouse with a wrap skirt. Diane used this image as her motivation to combine the two into one “wrap” piece. 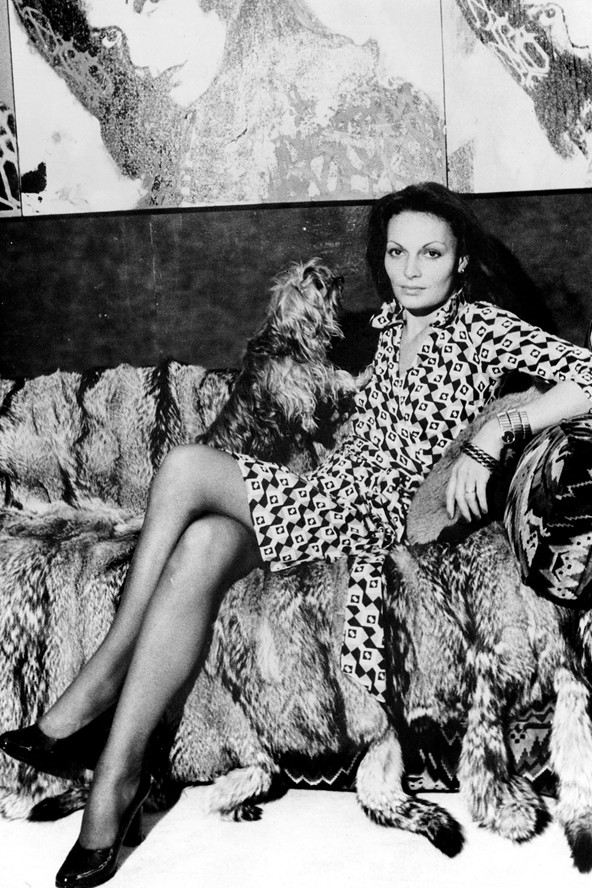 The wrap dress was new to fashion, it was a mixture of the casual “housewife” cotton frocks of the past eras ( the ’40s-’60s) with the modern appeal of a dress that could be worn from morning to night without going through a lot in getting “dressed-up.” The style became a symbol for female empowerment because they were so easy to wear, practical and functional for women of all body types and backgrounds. 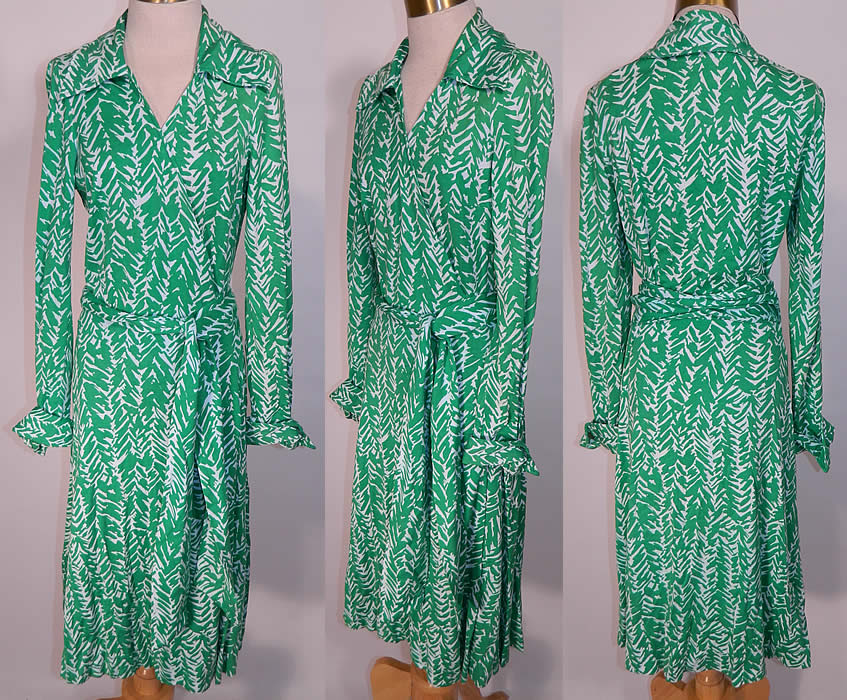 Her ad campaign said “Feel like a woman — wear a dress!” DVF sold as many as 25,000 dresses a week once she her dress became successful and mainstream 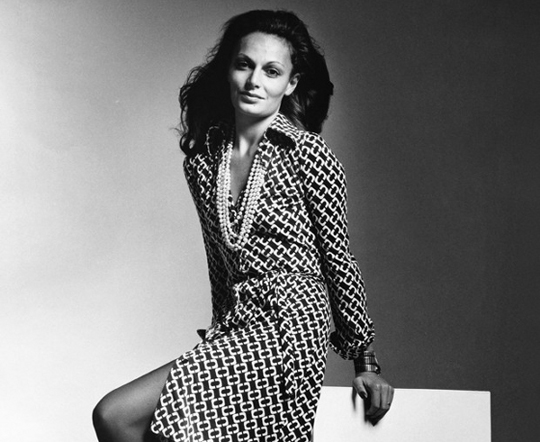 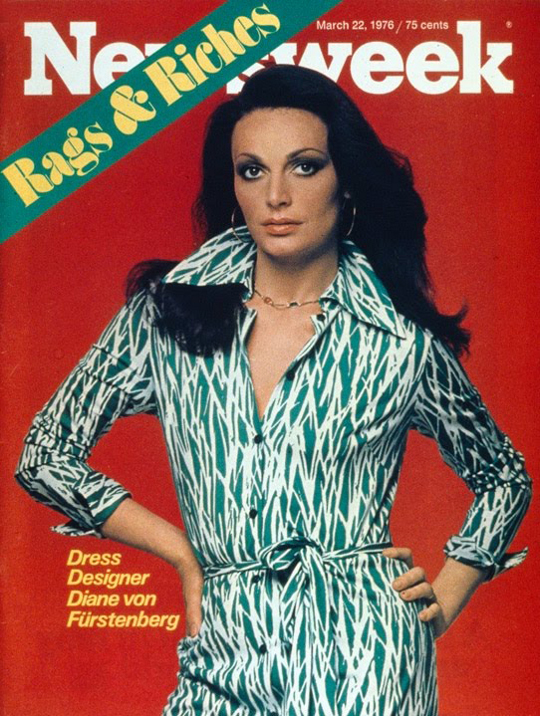 A climax to the American sportswear wrapping tradition came in the 1970s via the sensation of Von Furstenberg’s wrap dress. Its fundamental form was already deeply embedded in the American designer sportswear tradition; a new woman designer translated the style into 1970s fabrics and colors, generally brighter, bolder, and more synthetic (and stretchy) than the early examples to which the silhouette and design principle are indebted. 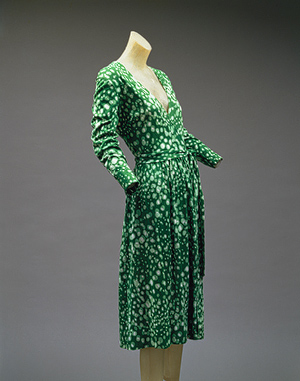 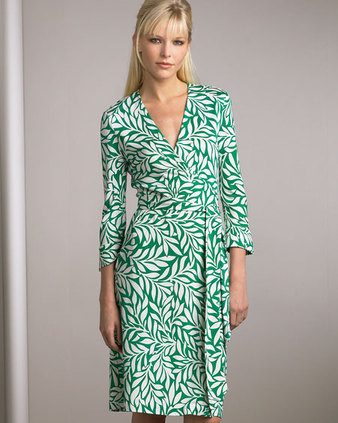 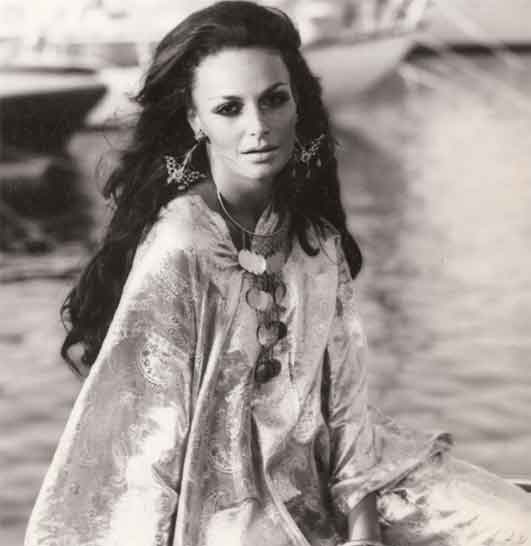 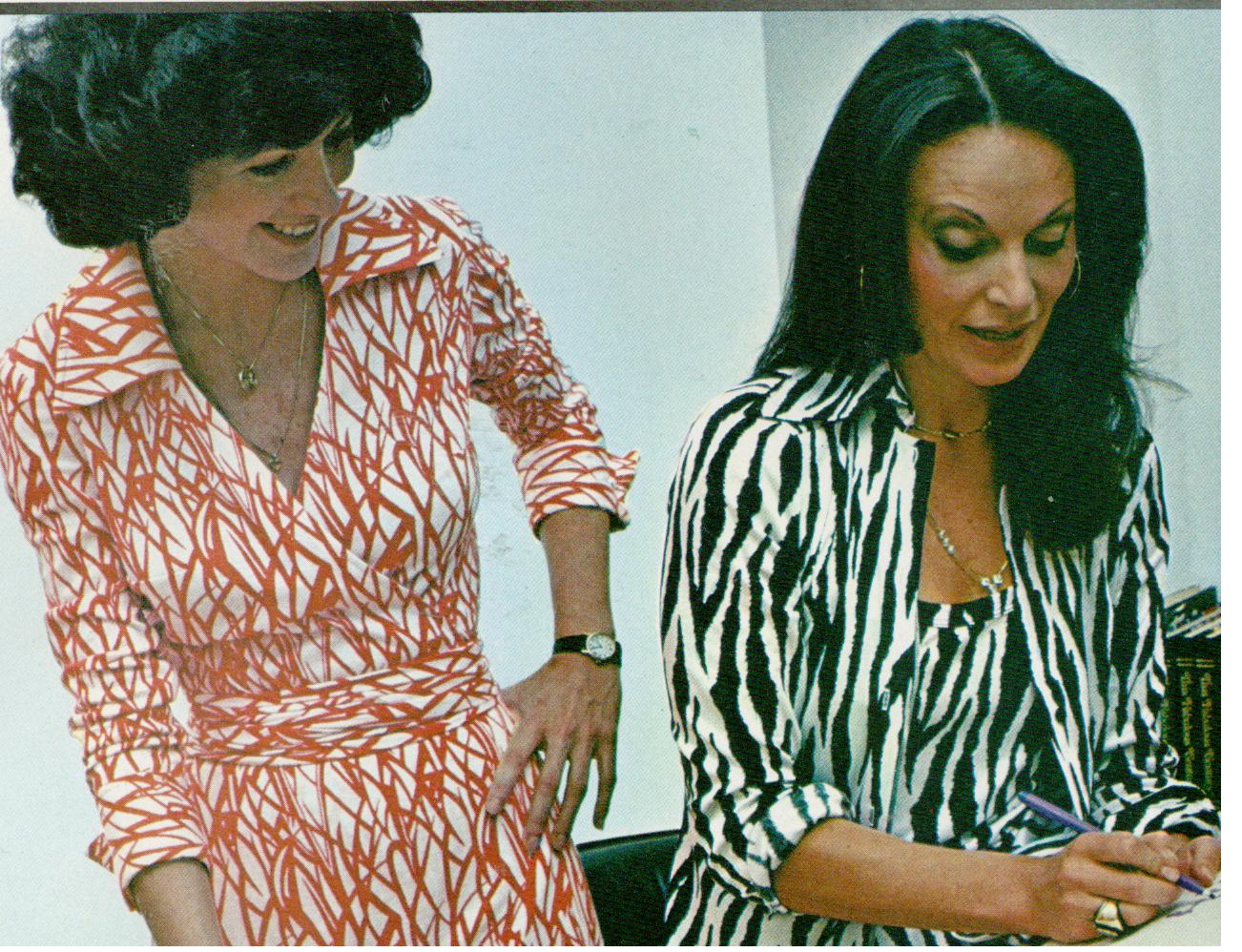 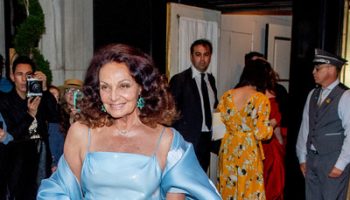 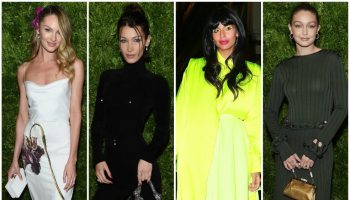 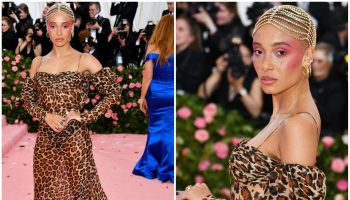 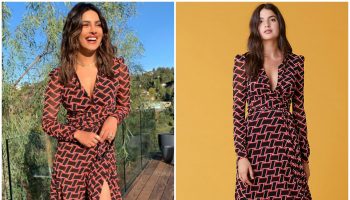 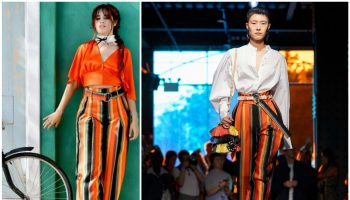