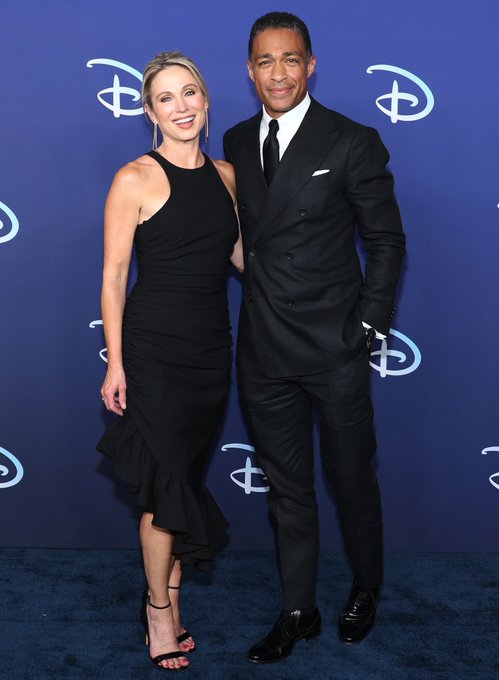 Good Morning America co-anchors T.J. Holmes and Amy Robach’s relationship has turned romantic. In new photos taken this month and obtained by the Daily Mail, Holmes, 45, and Robach, 49, are snapped on numerous occasions showing PDA. Both have been married to their spouses since 2010 — Holmes to attorney Marilee Fiebig and Robach to actor Andrew Shue — but sources tells ET that both had split from their spouses before news of their relationship became public.

Robach stopped wearing her wedding ring in photos she posted to her Instagram in October.

“Amy and T.J. had always had a warm supportive friendship and they bonded over their love of running,” one source tells ET. “There have been whispers at ABC about a possible relationship between them for the last several months.”

Sources also ET that the two have been close friends for years, but their relationship evolved.

“They’ve recently grown even closer due to their cohosting GMA3, and traveling for special remote assignments, like going to London for the Queen’s funeral,” one source says. “The two have a special bond that has been evident to staff for years, so it’s not surprising a relationship has formed, but it is shocking that it has come to light in this way.”

Another source tells ET, “their relationship has been going on in secret for quite some time, but how long is truly unknown, as they did their best to keep things professional and private. Whenever they worked on set everything was fun, sometimes flirty, but always professional.”

In one set of photos published by the Daily Mail, which were reportedly snapped on Nov. 10, the two are spotted inside a New York City bar sitting next to each other while having drinks. In one picture, Robach playfully puts her head on the bar, as Holmes leans over her, seemingly telling her something in her ear. Outside of the Times Square location, the pair follow each other and get into the same black SUV.

Holmes and Robach have not spoken out about the pictures published on Wednesday. ET has reached out to Good Morning America for comment.

Holmes and Robach are the hosts of GMA 3, which is the lunchtime hour of the program. The duo has sat beside each other at the anchor desk daily on weekdays since 2020. On Wednesday, Holmes anchored GMA 3 alone.

“Robach is not here, Dr Ashton not here,” he said at the top of the hour. “Stuck with me folks. Those two are on assignment they are working today.”

Robach recently shared a series of pictures from the New York City Marathon, which Holmes also ran. In the photo set, she and Holmes rock their medals as they pose with more friends who ran the race. The two are part of a group, who often run marathons around the NYC area together. Robach has also shared pictures featuring Holmes and her husband posing together during group outings.

In July, Robach shared a cheeky picture of her and Holmes at the GMA desk, both rocking pink.

“T.J. just loves it when we match 👯‍♀️,” Robach wrote. In the photo, Holmes wears a black suit with a pink tie, while Robach wears a black dress with pink flowers printed on it. 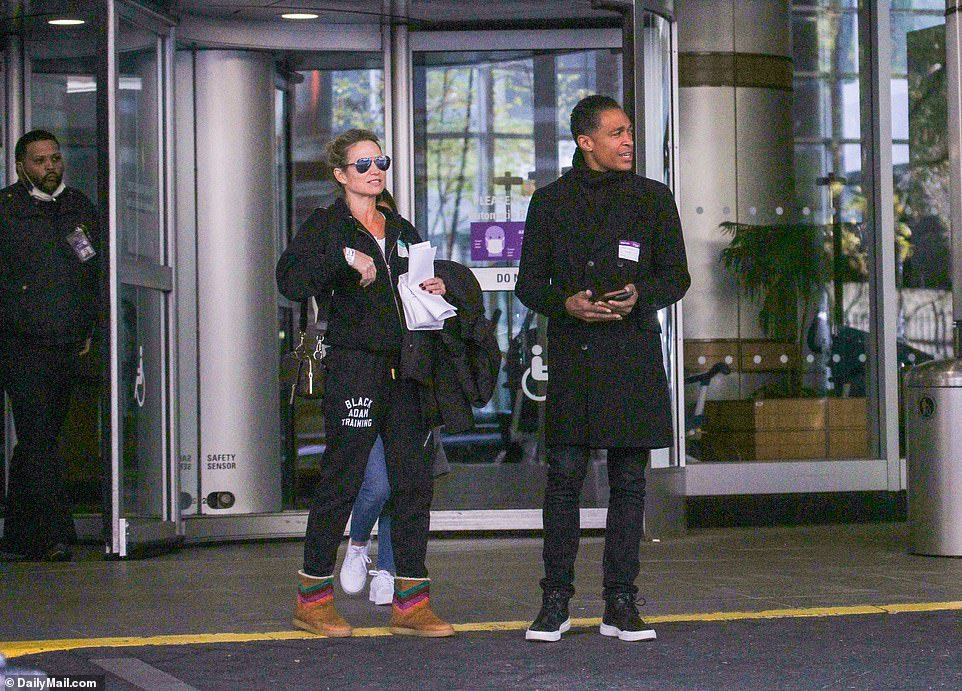 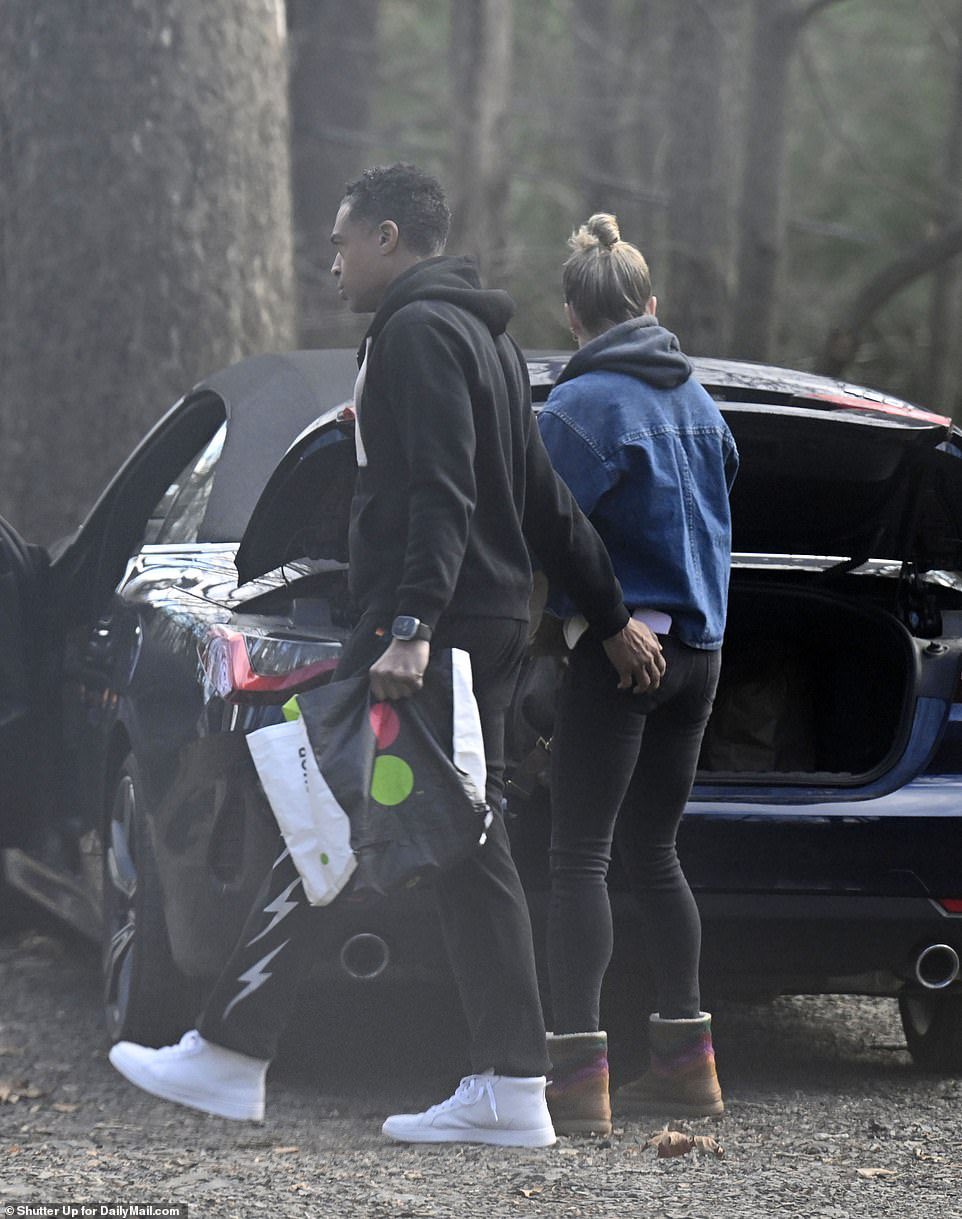 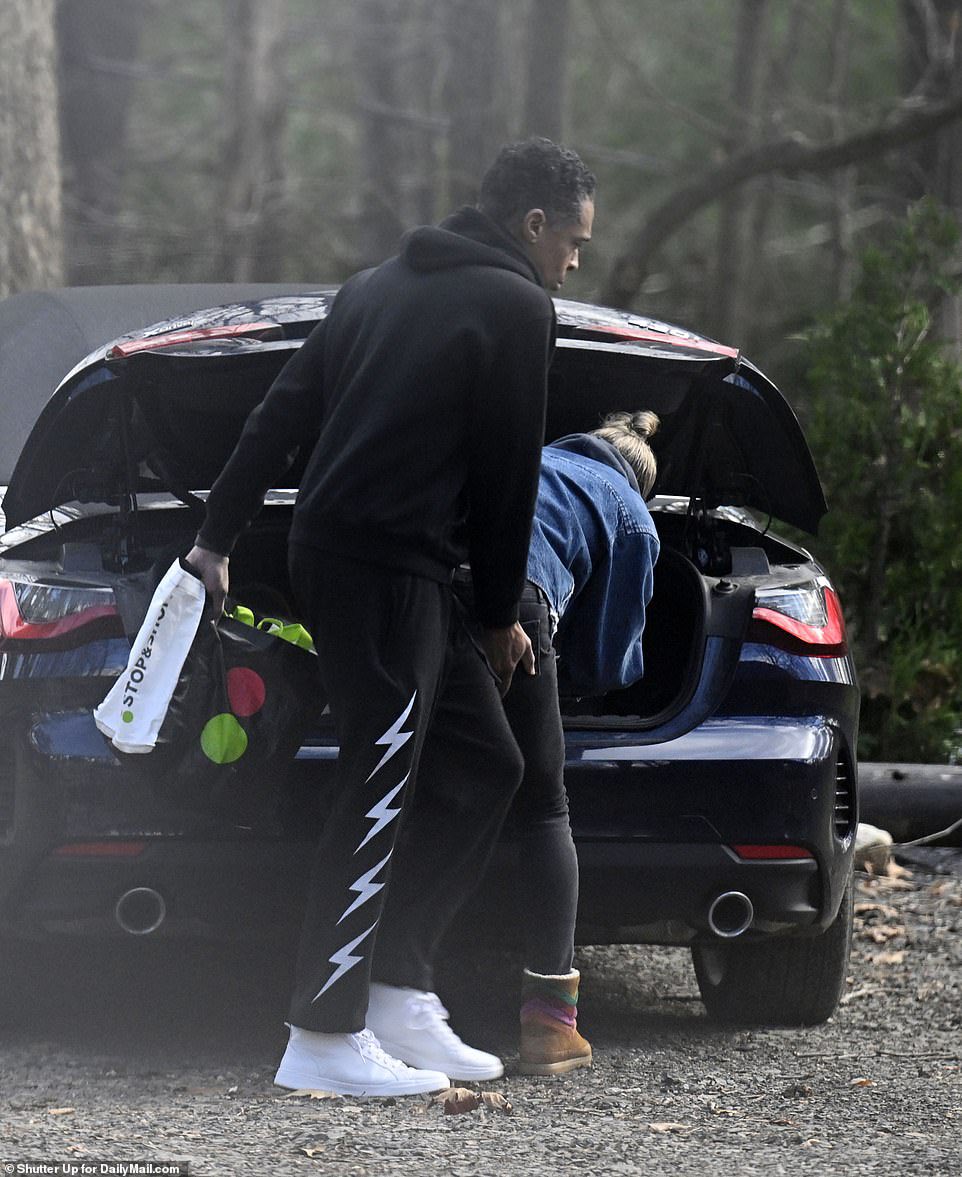 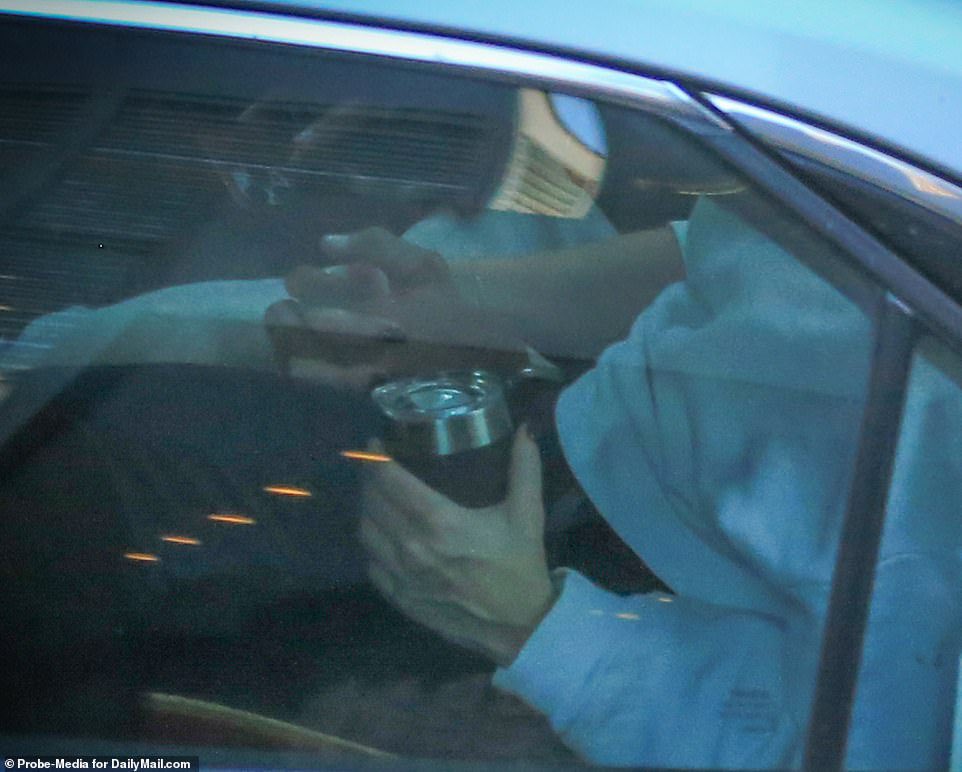 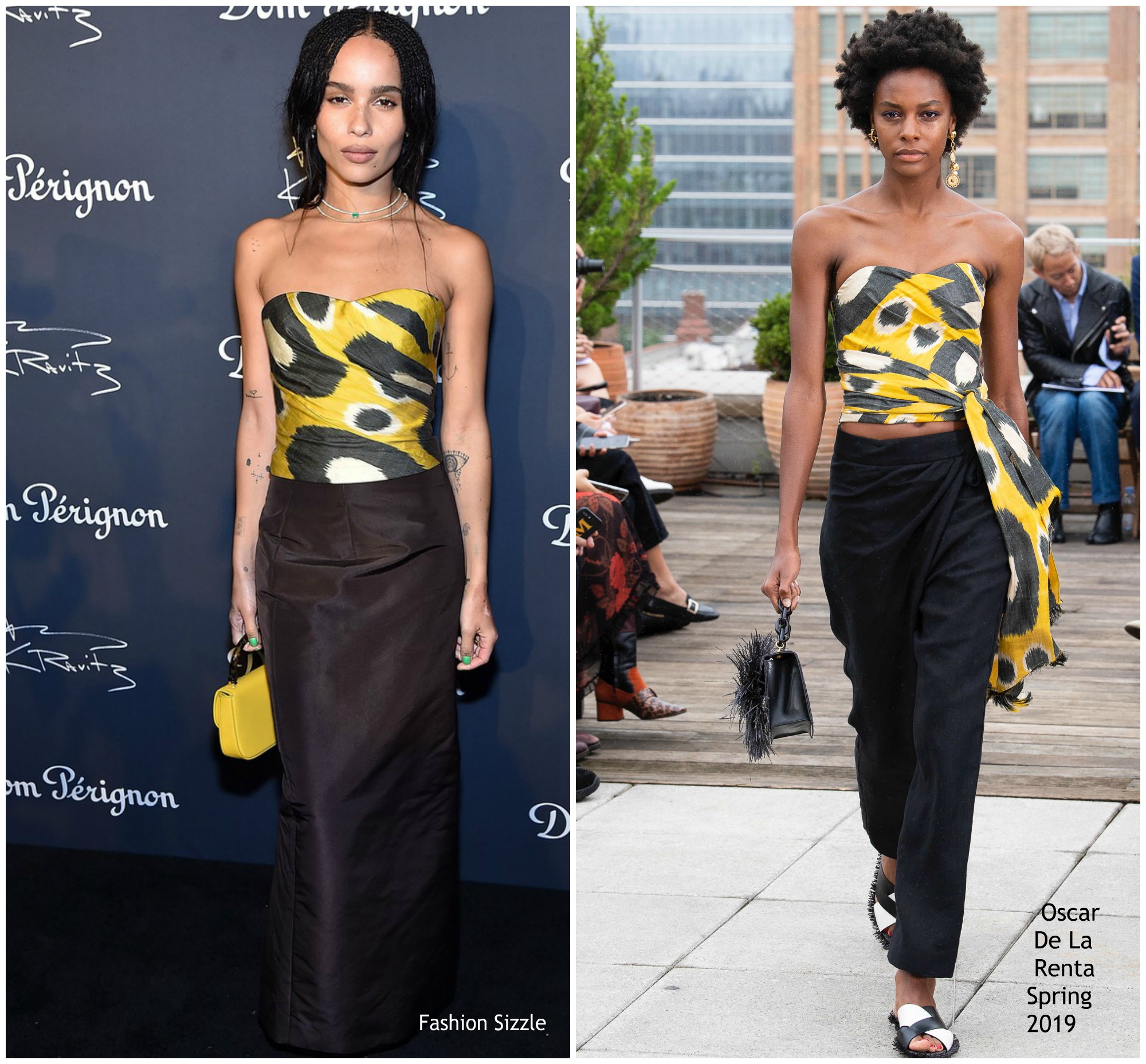 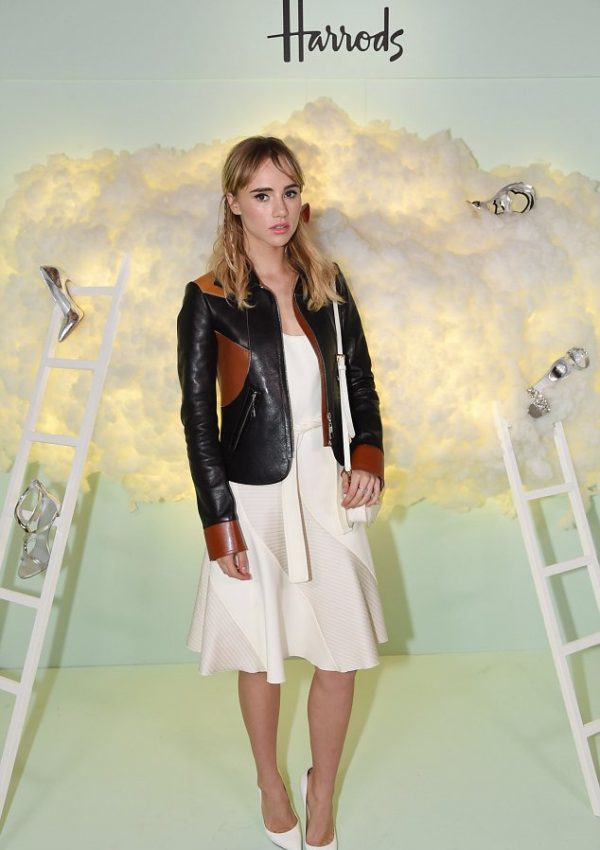 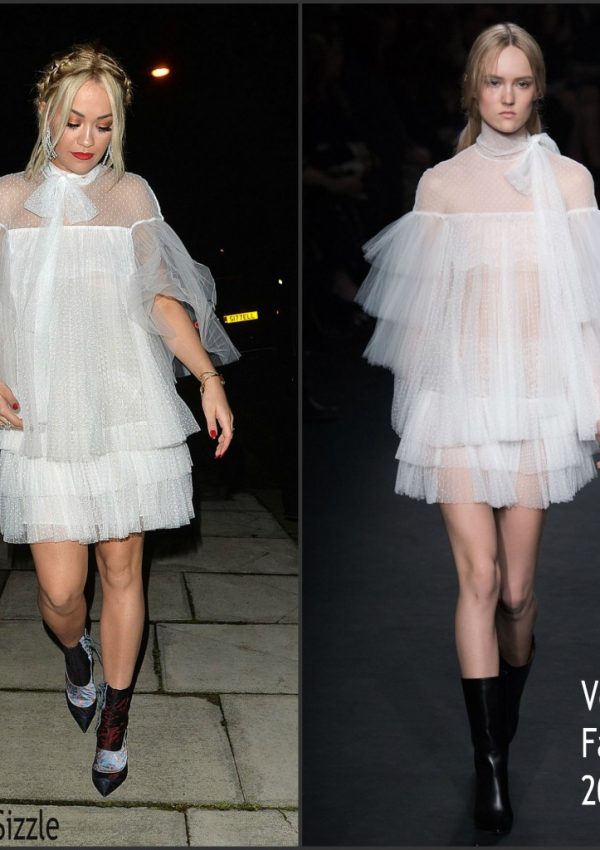 Rita Ora In Valentino – Out In London 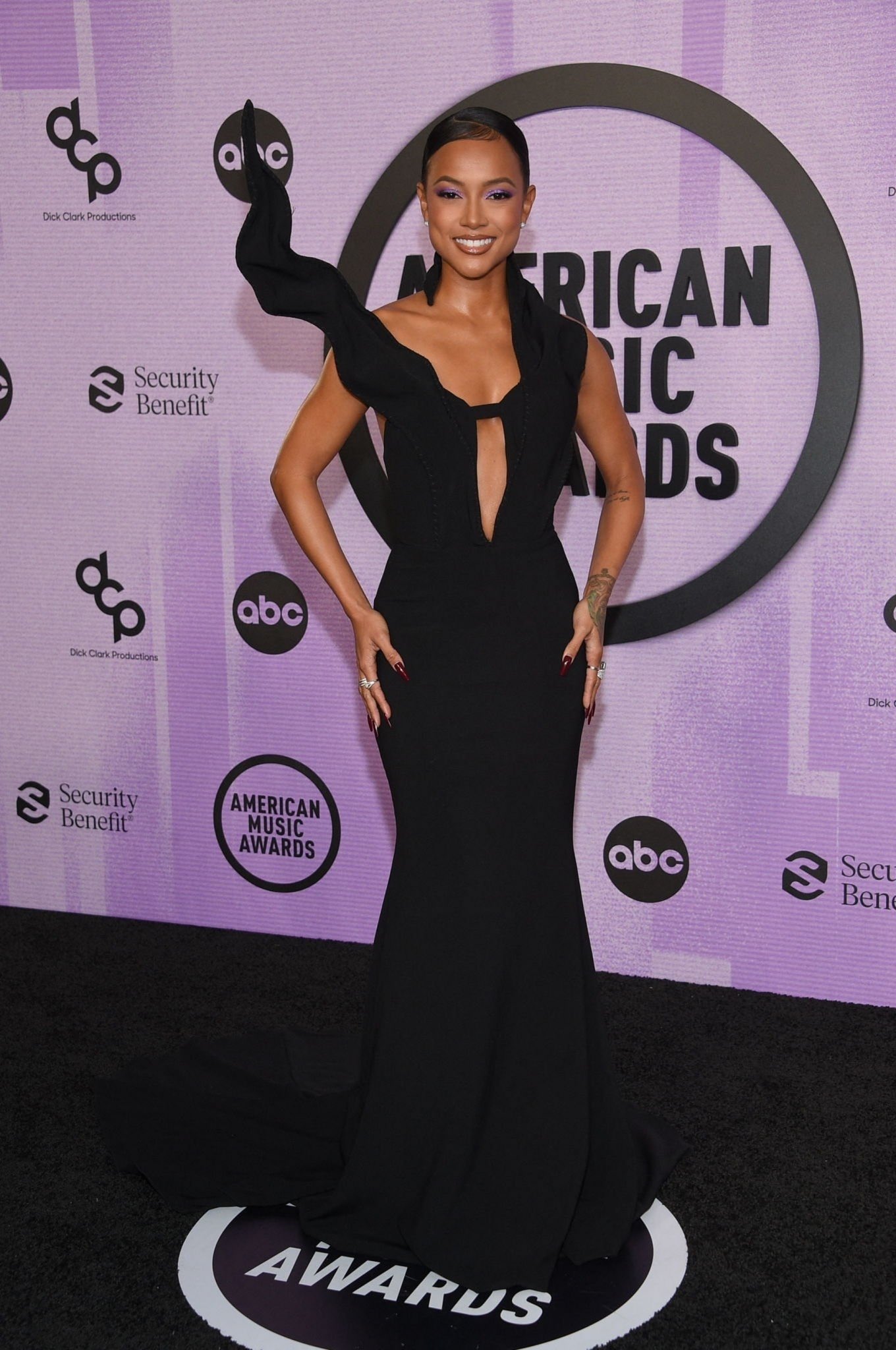