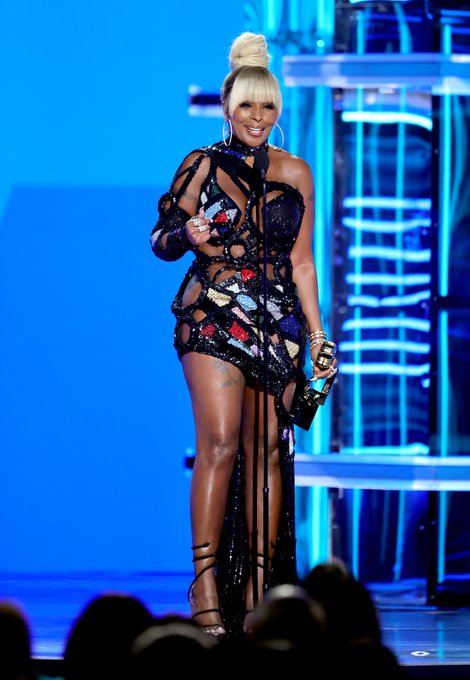 Mary J Blige wore a Rey Ortiz  gown  while receiving her Icon Award at the 2022 Billboard Music Awards held at the MGM Grand Garden Arena on May 15, 2022 in Las Vegas, Nevada.

The R&B legend and 10-time BBMA winner is the 11th artist and seventh woman to receive the honor, which recognizes artists who have achieved excellence on the Billboard charts and have made an indelible mark on music.

“I’m in a dream right now,” Blige said after taking the stage, escorted from the audience by BBMA host Sean “Diddy” Combs, as the crowd continued to erupt in applause. Janet Jackson presented the award to Blige.

Blige went on to reflect on what it truly means to be an icon and the journey to “achieve greatness.”

“What an icon means to me is overcoming obstacles to accomplish the unthinkable and be widely admired for having influence over a multitude of people and that is what I always represented,” she continued. “I’ve been on this journey for a long time, one that didn’t always look the way you see me now, one that is filled with a lot of heartache and pain but God helped me to channel those experiences and emotions in my music which is where I started in music.”

Blige went on to say how when she was introduced to the music scene it was the “beginning of a movement” given “every inner city girl was recognized in their own and could relate to everything I was saying.”

She also said that “every female artist that came into the game” wanted to emulate what she was doing. “I was ghetto fabuous and I still am,” she said laughing. “So ghetto, so fabulous and people were threatened by that. And now everybody want to be ghetto fabulous.”

Blige continued to reflect on how the “message of my music has always been that we are not alone in our struggles. And I’m not alone now. For so long I was searching for a real love but I finally found my real love and that real love is me. Who’s managing Mary J. Blige now? Me.”

Blige later thanked everyone on her team including her family, friends, Diddy, Jimmy Iovine, and Dr. Dre. She concluded her speech with a recongition to her “phenomenal, diehard, unbelievable fans.”

.@maryjblige is an icon with a multi-decade career full of hits! 👏 Congrats on being the recipient of the 2022 #BBMAs Icon Award! #IconMJB pic.twitter.com/4tIcYUMryR

Prior to taking the stage, Blige was honored in a montage that also included special shout-outs from Taraji P. Henson, Queen Latifah and Gabrielle Union.

According to Billboard, Blige has accumulated four No. 1 albums on the Billboard 200 (Share My World, Love & Life, The Breakthrough and Growing Pains) and a No. 1 single (“Family Affair”) on the Billboard Hot 100.

The show, hosted by Combs, is airing live from the MGM Grand Garden Arena in Las Vegas on NBC and Peacock.

The Billboard Music Awards ceremony is produced by MRC Live & Alternative, a division of MRC, which is a co-owner of The Hollywood Reporter through a joint venture with Penske Media titled P-MRC. 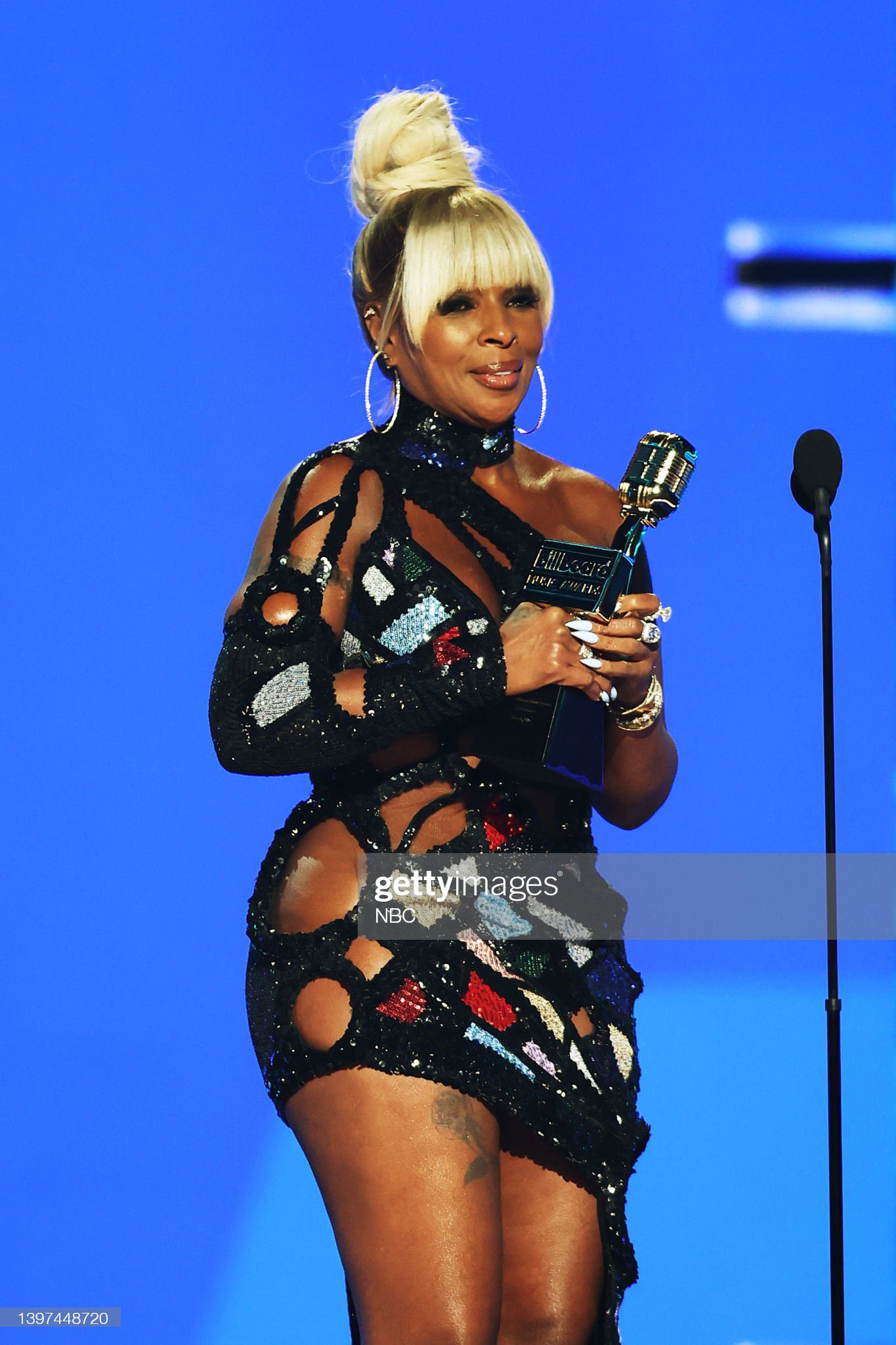 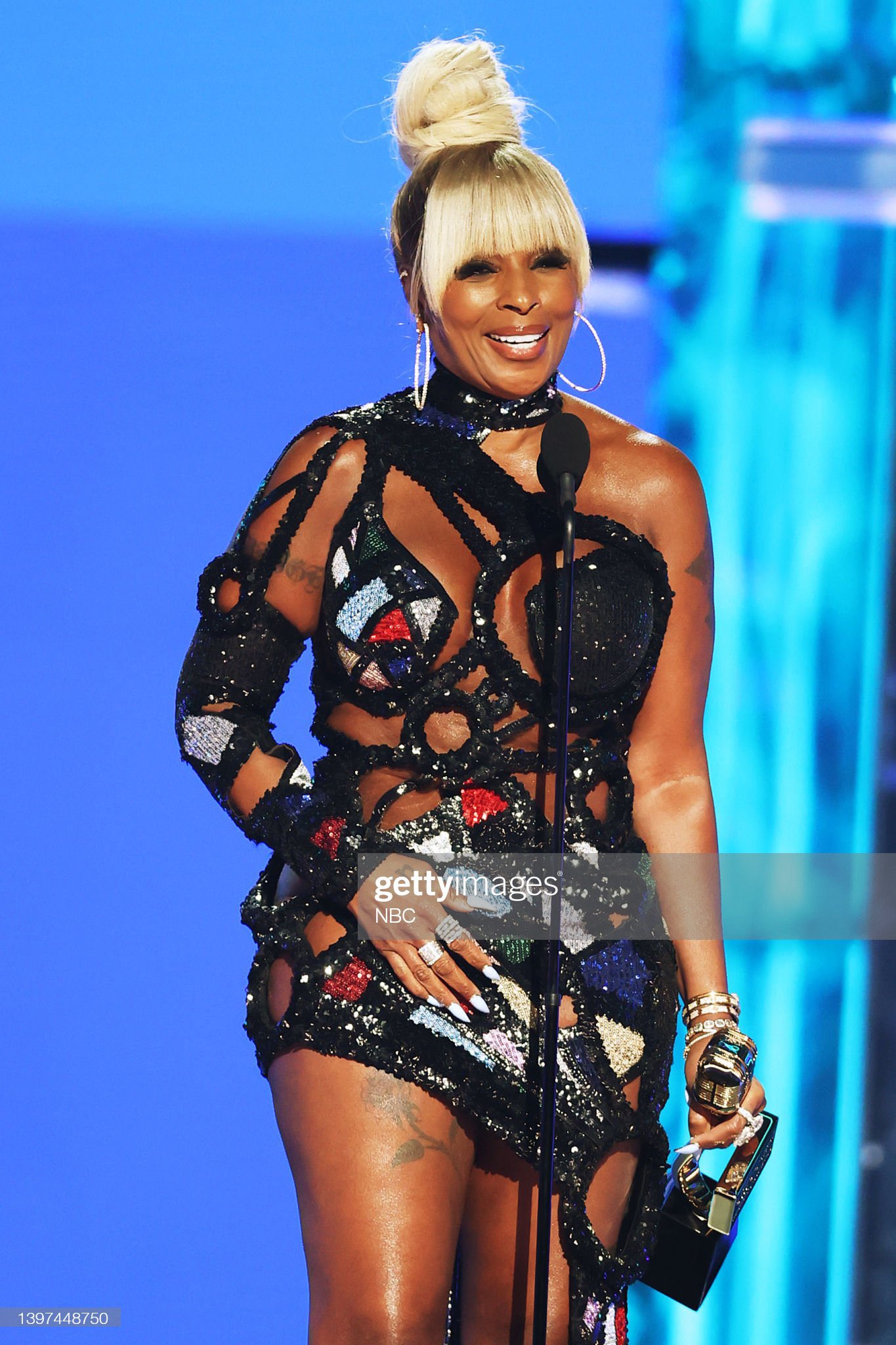 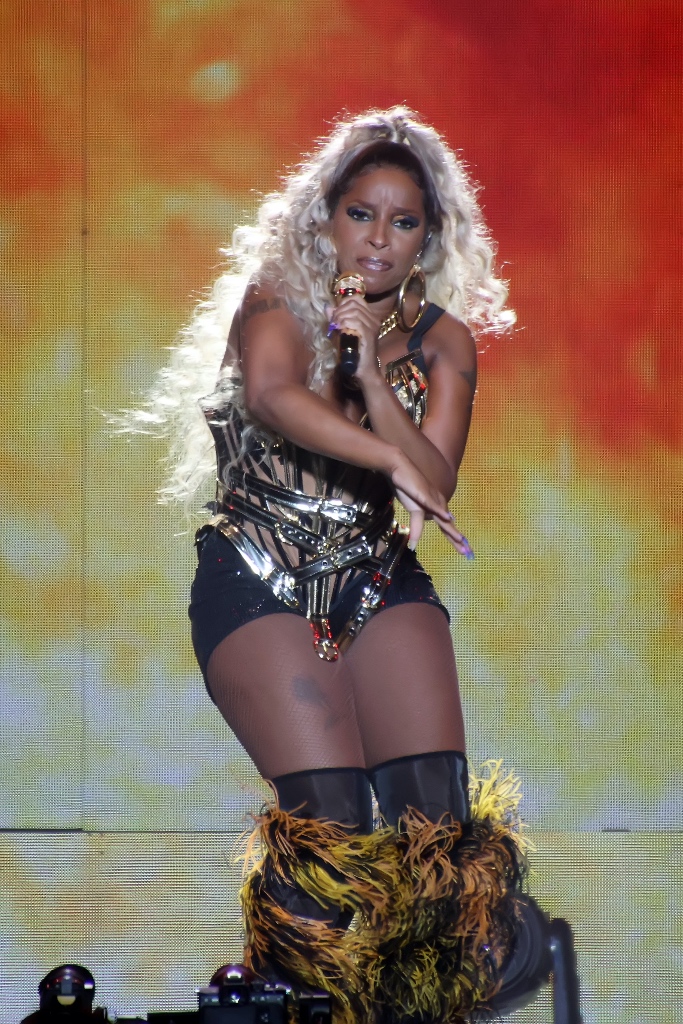 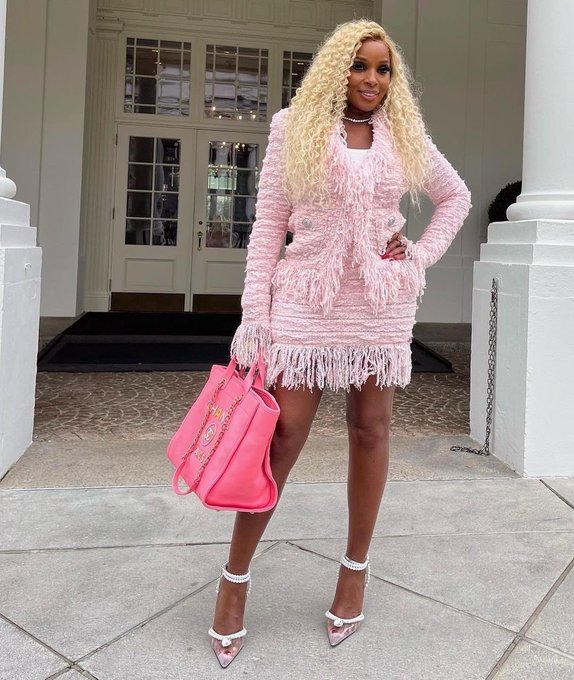 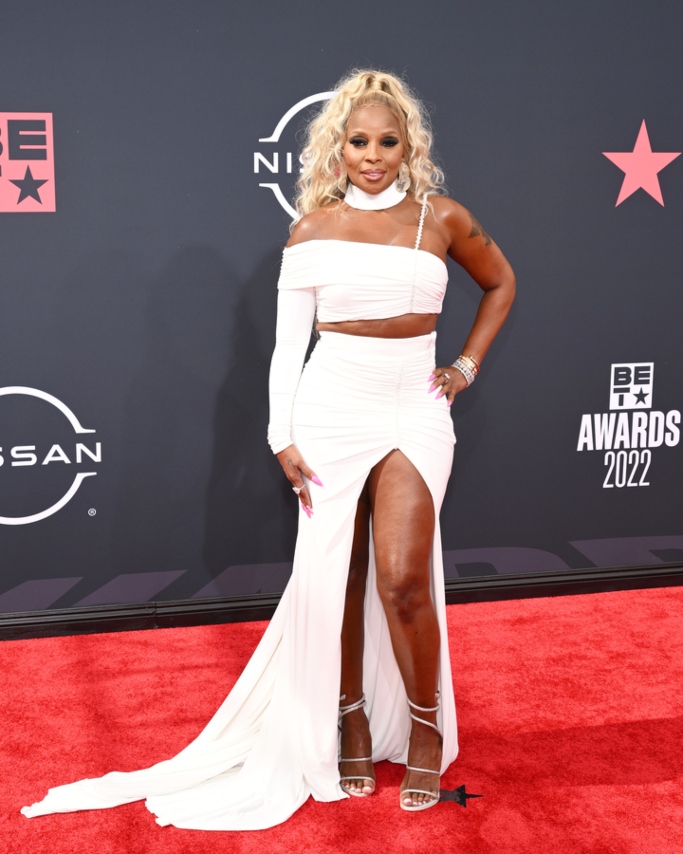 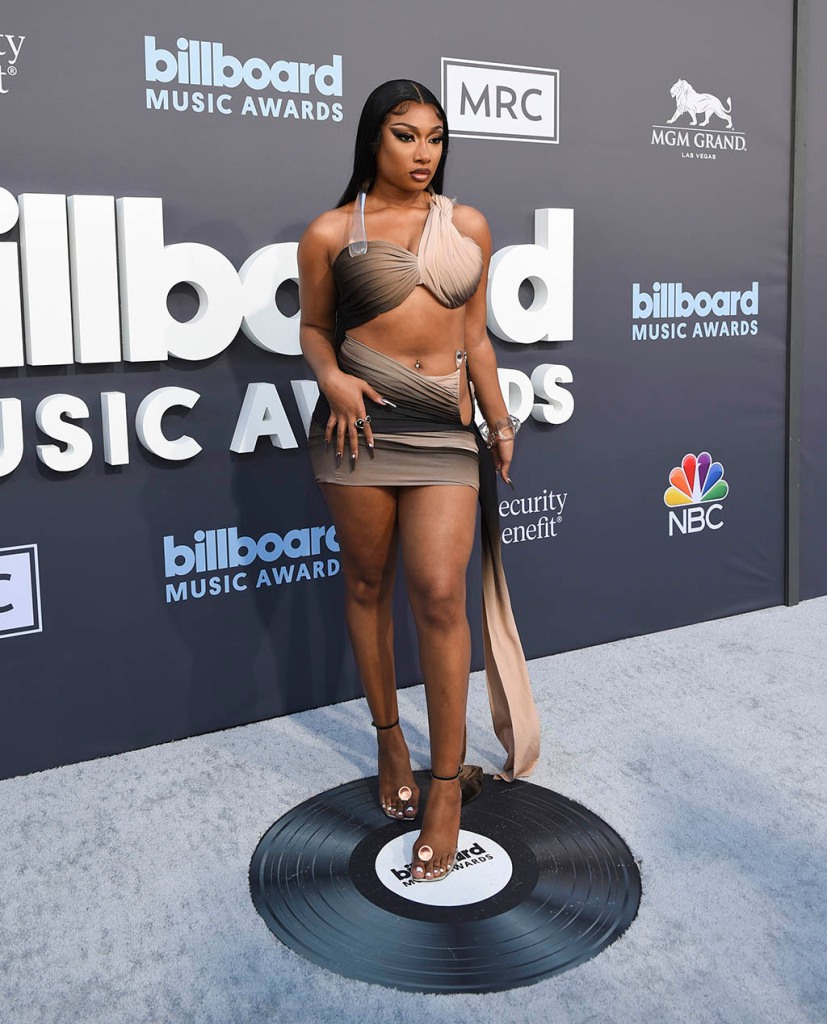