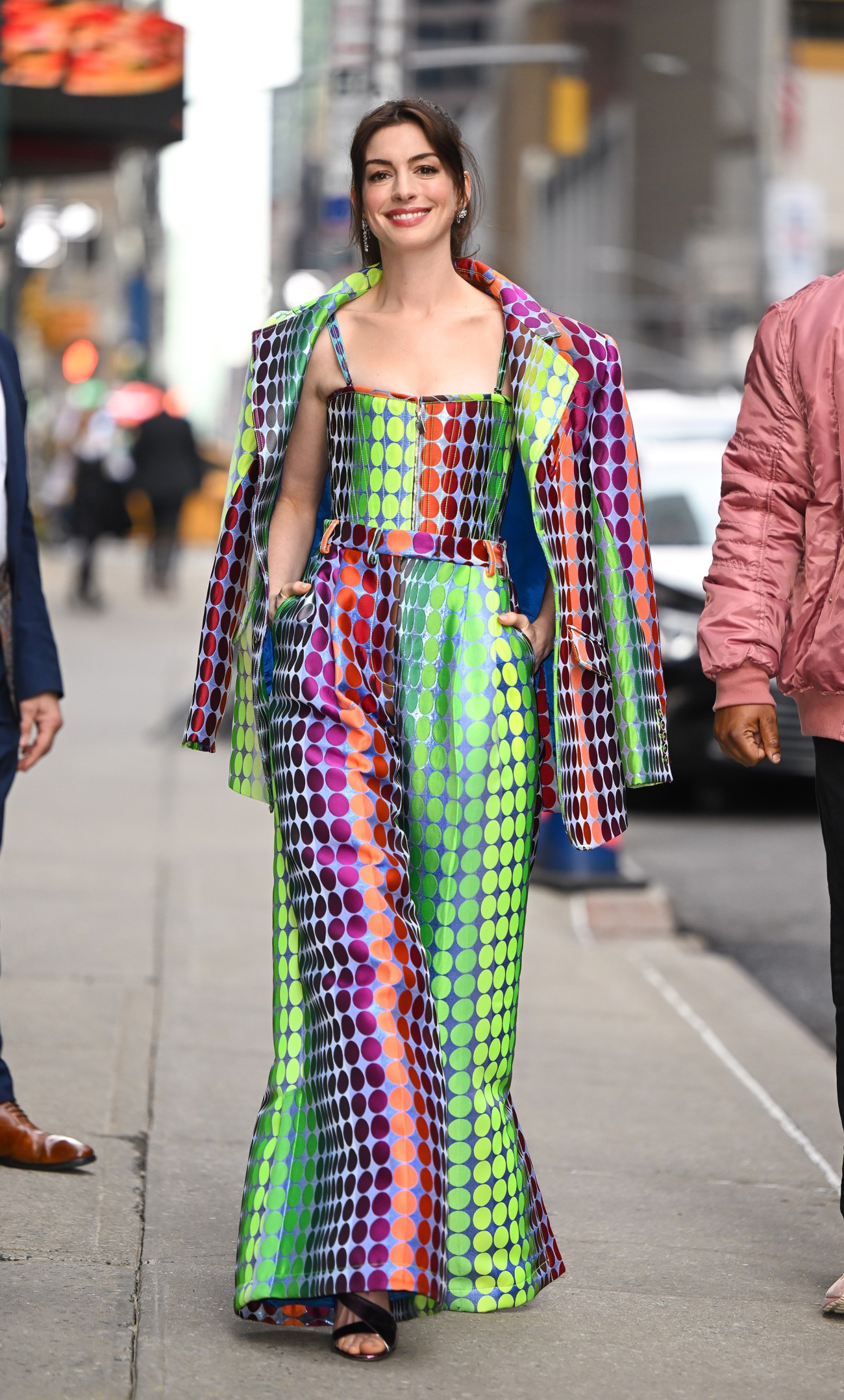 Anne Hathaway made a guest appearance on ‘The Late Show With Stephen Colbert’ on Tuesday (March 15) in New York City, where she promoted her AppleTV+ series, ‘We Crashed.’

She discussed her upcoming project, ‘Armageddon Time,’ where she stars opposite the legendary Anthony Hopkins.

She accessorized  her look with a micro bag from Versace, Bvglari jewels along with a pair of  purple Giuseppe Zanotti ‘Lilas’ heels. 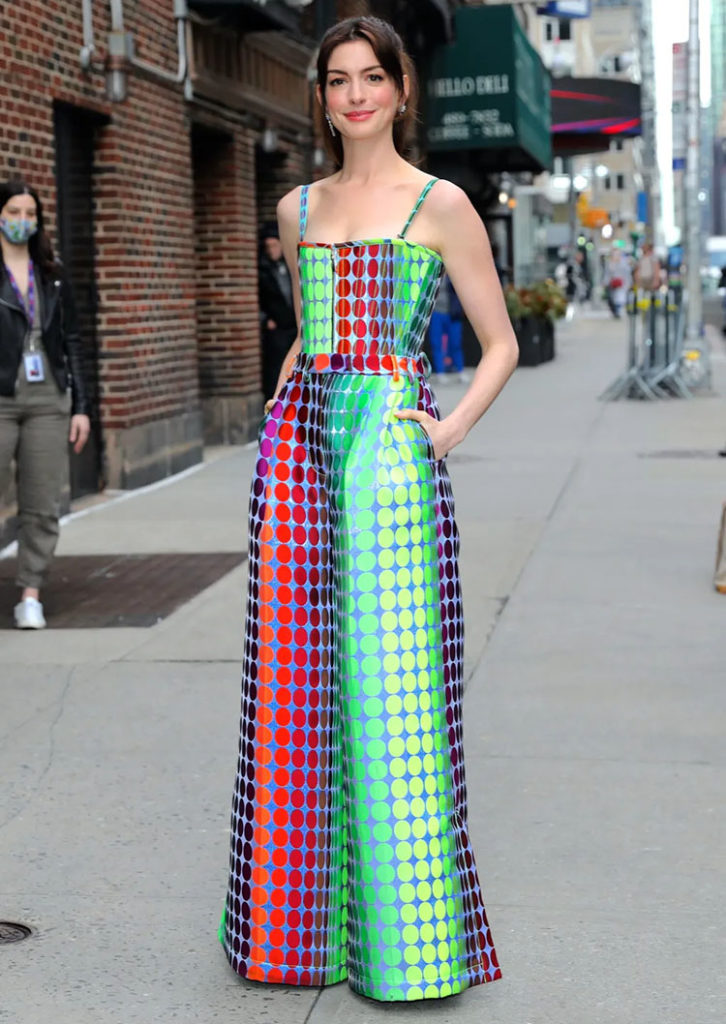 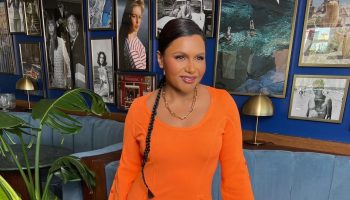 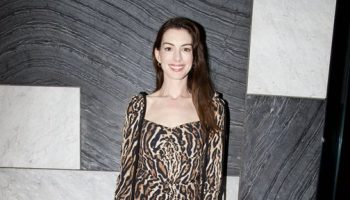 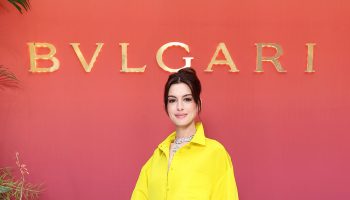 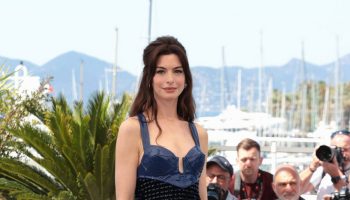 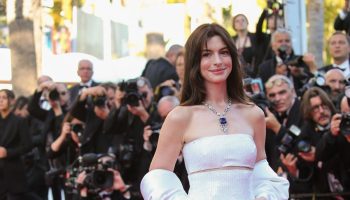