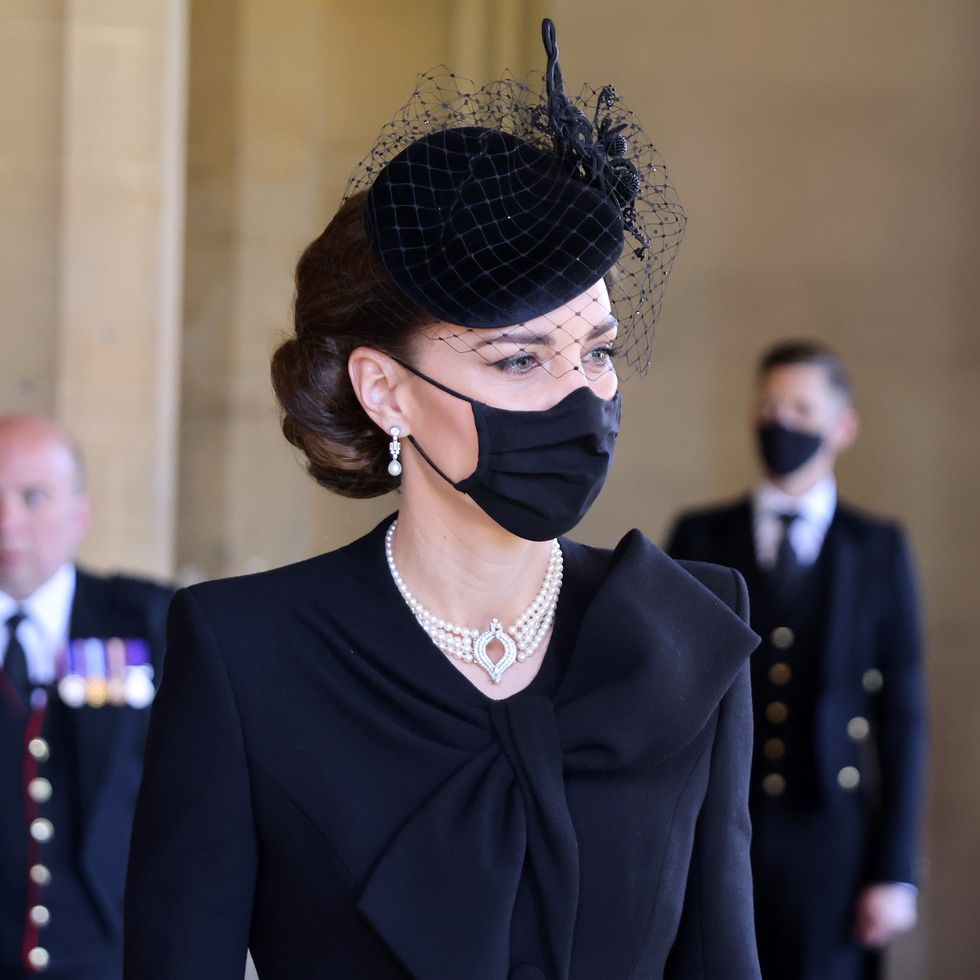 WINDSOR, ENGLAND – APRIL 17: Catherine, Duchess of Cambridge during the funeral of Prince Philip, Duke of Edinburgh at Windsor Castle on April 17, 2021 in Windsor, England. Prince Philip of Greece and Denmark was born 10 June 1921, in Greece. He served in the British Royal Navy and fought in WWII. He married the then Princess Elizabeth on 20 November 1947 and was created Duke of Edinburgh, Earl of Merioneth, and Baron Greenwich by King VI. He served as Prince Consort to Queen Elizabeth II until his death on April 9 2021, months short of his 100th birthday. His funeral takes place today at Windsor Castle with only 30 guests invited due to Coronavirus pandemic restrictions. (Photo by Chris Jackson/WPA Pool/Getty Images) 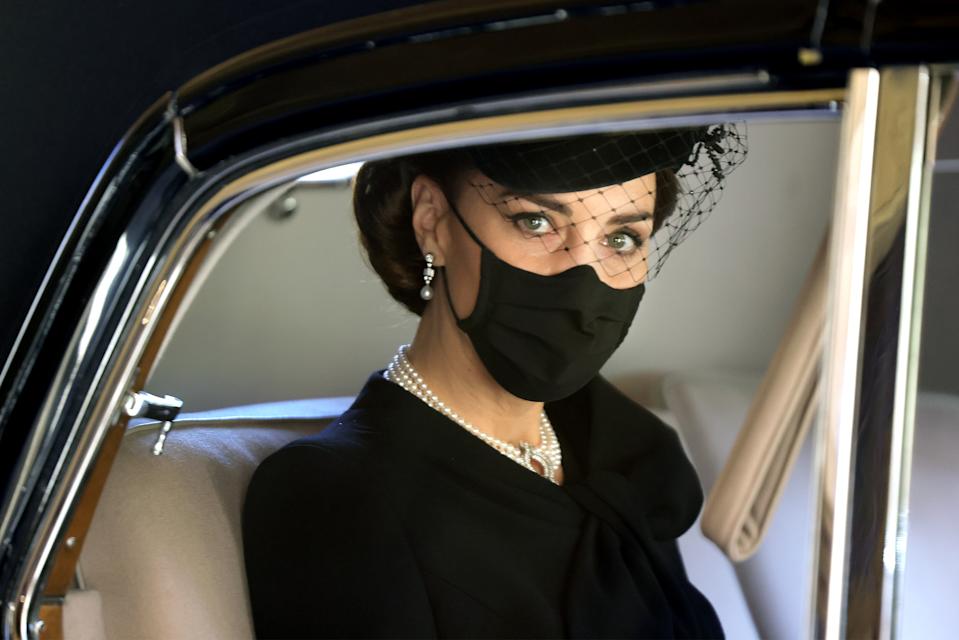 The Duchess of Cambridge has made a subtle tribute to the Duke of Edinburgh with her choice of jewelery at the funeral.

The necklace was loaned to Kate by the Queen from the Royal Collection, after it was given to Her Majesty by the Japanese Government.

The Japanese Pearl Choker is a four-strand necklace with a central diamond clasp that was commissioned by the Queen and made from cultured pearls presented to her by the Japanese government. According to Her Majesty’s Jewel Vault, the Queen made her first state visit to Japan in 1975 and the choker was in use by the early 1980s. 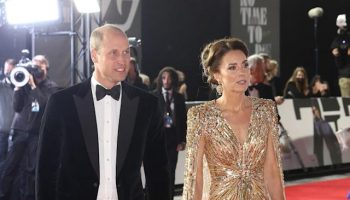 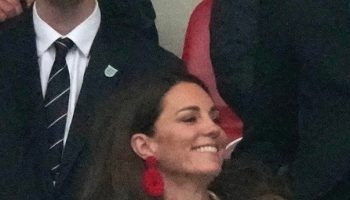 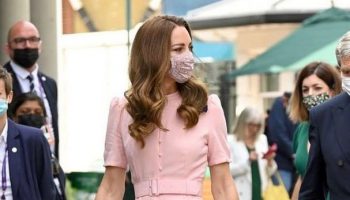 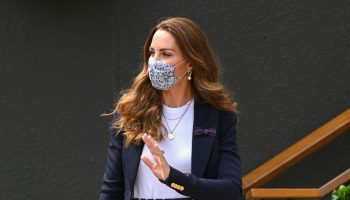 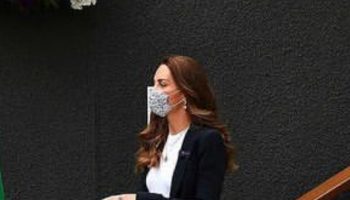