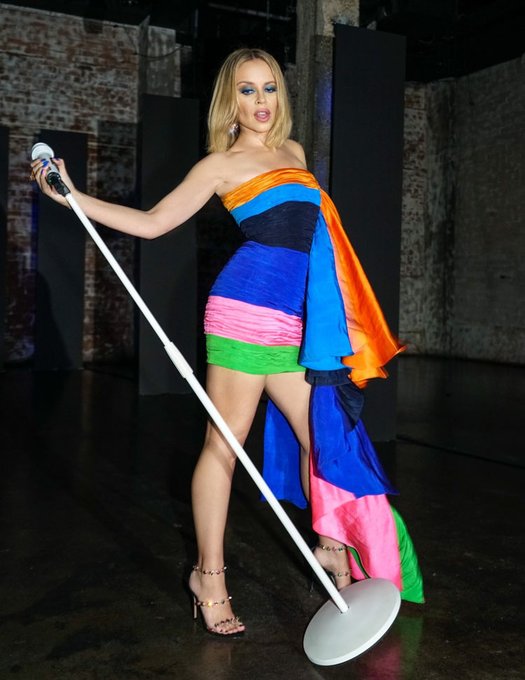 Kylie Minogue  wearing  Schiaparelli  Spring 2020 Haute Couture performed on  the stage on Good Morning America.The 52-year-old Australian singer performed her single “Say Something” on the ABC morning show Friday.”I think disco’s in my system from being a child, about 8, 9 or 10, and playing my parents’ records. Donna Summer, the Bee Gees, ABBA. There are so many incredible all-time disco inspirations, so that is where I was heading,” she said. Kylie

originally released “Say Something” in July. She shared a music video for the song the next month that shows her dancing among the stars and riding atop a gold horse statue.

Disco is Minogue’s first album since Golden, released in 2018. In the interim, she collaborated with Tove Lo on the 2019 single “Really Don’t Like U.” 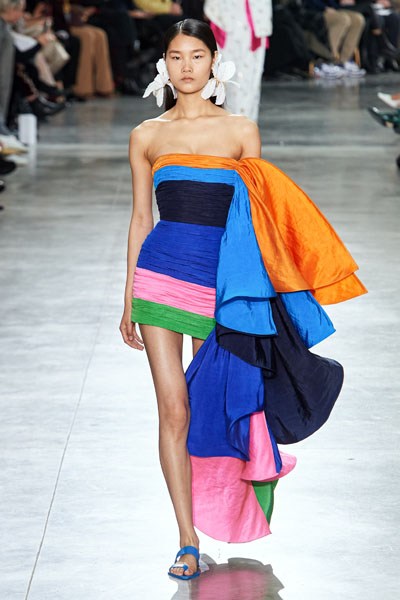 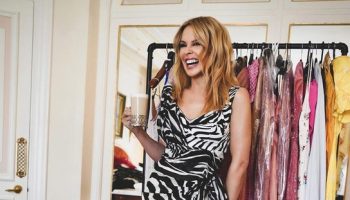 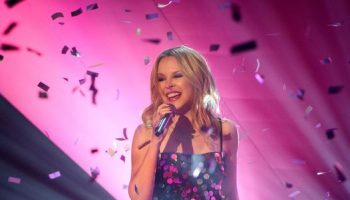 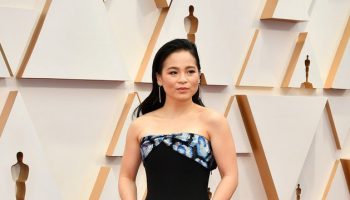 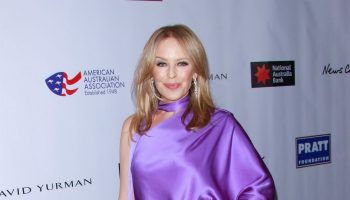 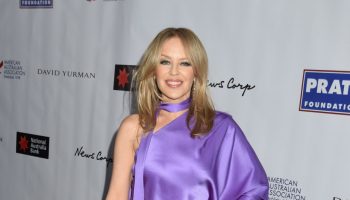