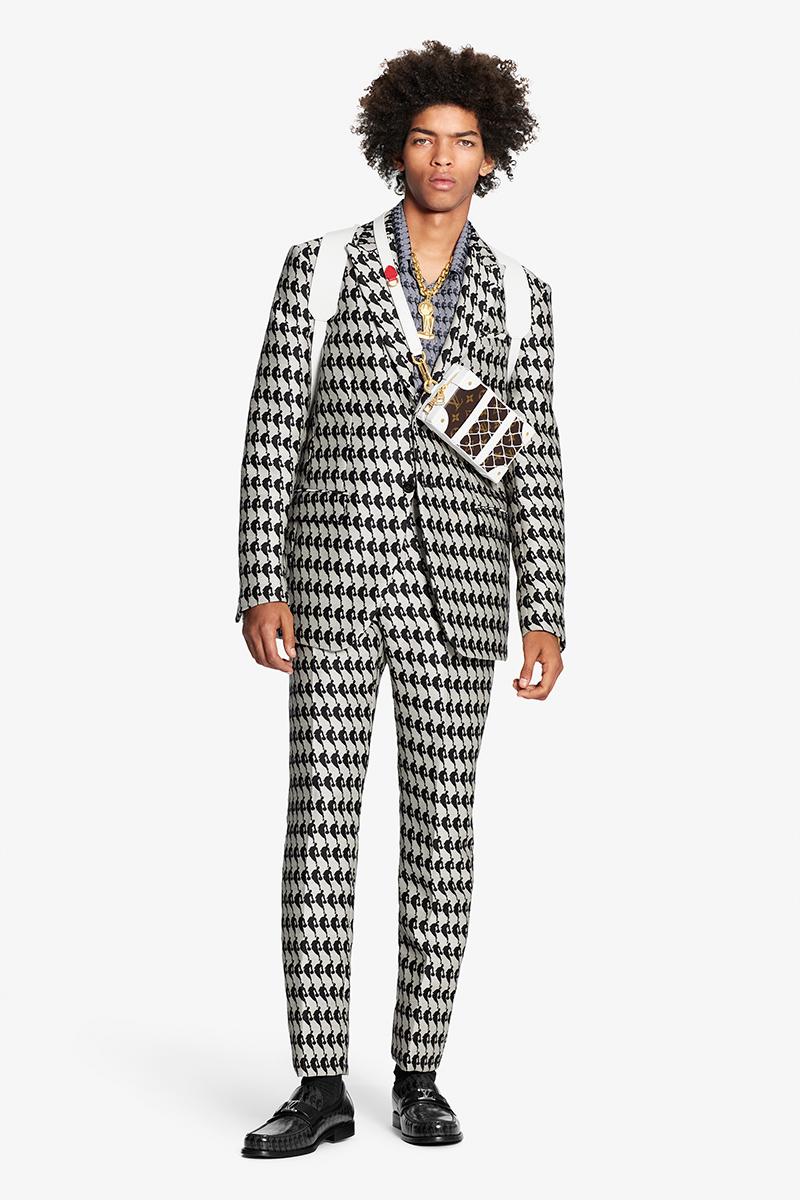 Louis Vuitton  has a three-year partnership with the  NBA aka National Basketball Association  with artistic direction by Virgil Abloh   In  celebration of the 2020 NBA champions, the Larry O’Brien Trophy was presented for the first time in the previously revealed bespoke Louis Vuitton Trophy Travel Case.

Congratulations to the 2020 #NBAFinals Champions. For the first time, this year's winning team was awarded the @NBA Larry O’Brien Trophy in a bespoke #LouisVuitton Travel Case. Learn more about the exceptional trunk via link in bio. #LVxNBA 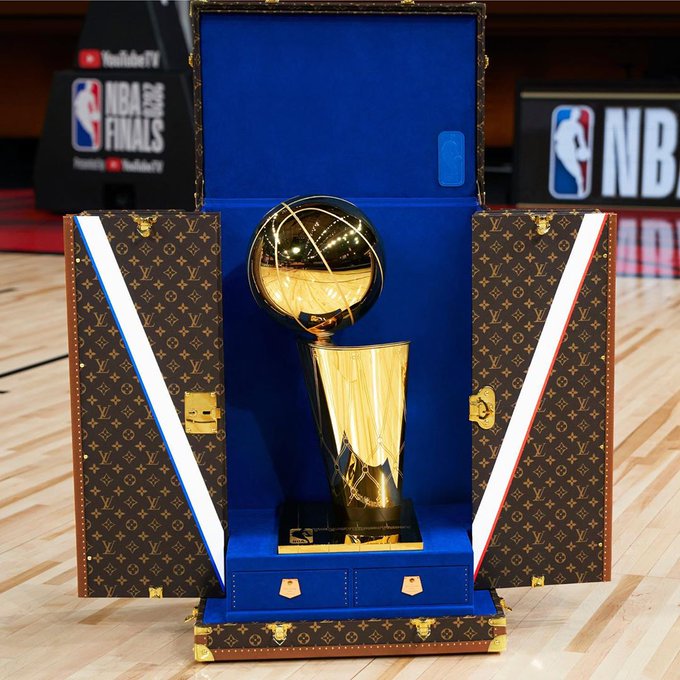 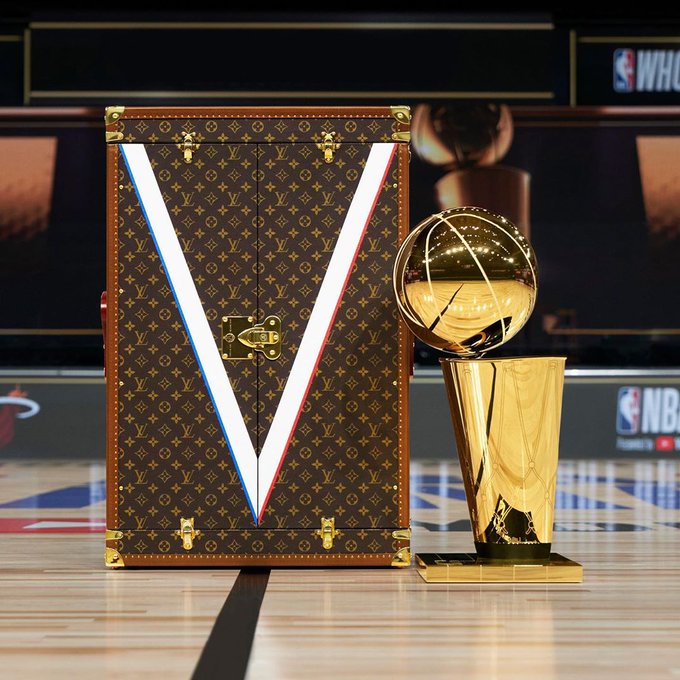 Hand-crafted in French luxury fashion house’s historic Asnières workshop in the outskirts of Paris, France. Drawing from the heritage of the malletier, the trunk is wrapped in LV’s signature Monogram canvas accented by traditional brass fixtures. Embodying the personalization element integral to the roots of Louis Vuitton since its founding in 1854, the Trophy Travel Case is customized with a “V” motif in white with blue and red to symbolize “Victory Travels in Louis Vuitton.”

Louis Vuitton has also revealed its capsule collection with the NBA designed by Virgil Abloh which features limited edition clothing, The collaborative pieces are  inspired by the athletes  wardrobe and captures the spirit of the three main dress codes: travels and transits, game arrivals, and press conferences. T-shirts, windbreakers, hoodies and leather bomber jackets are stitched with basketball patterning as well as co-branding and knitwear and smart silhouettes feature a basketball silhouette reminiscent to the NBA logo. 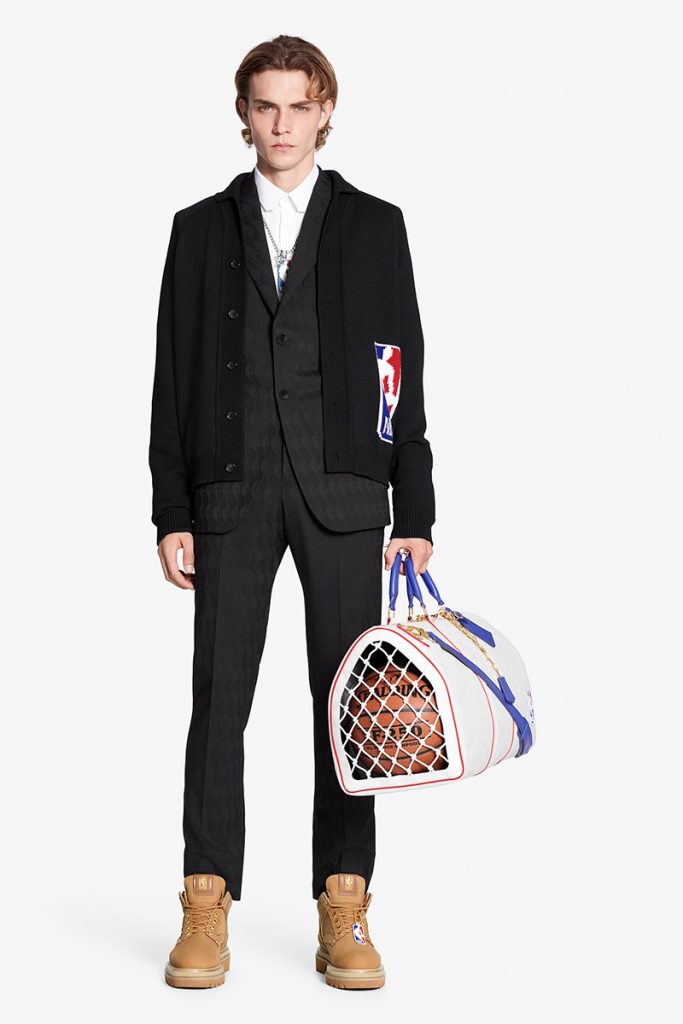 Leading the collaboration is traditional suiting marked with a monogram pattern of the Jerry West silhouette logo tied to the NBA, knitted sweaters and retro sporting themed jackets decorated with large basketball designs in embossed leather. Athleisure also gets a luxury spin in the form of T-shirts and sweatpants accented by the various leather carrying options that continue the white with blue and red color theme established by the bespoke Larry O’Brien Trophy Travel Case. Rounding up the collaboration is an array of necklaces, bracelets and rings set off pendants and engravings riddled with precious stones.

“Fashion muses aren’t predictable. Ideas of luxury can be found in the sports world and its champions as much as in traditional forms of artistry,” Abloh said in a statement. “This collection celebrates the cultural contribution of basketball and its diverse characters, and the idea of relatability as a force of unity today.” 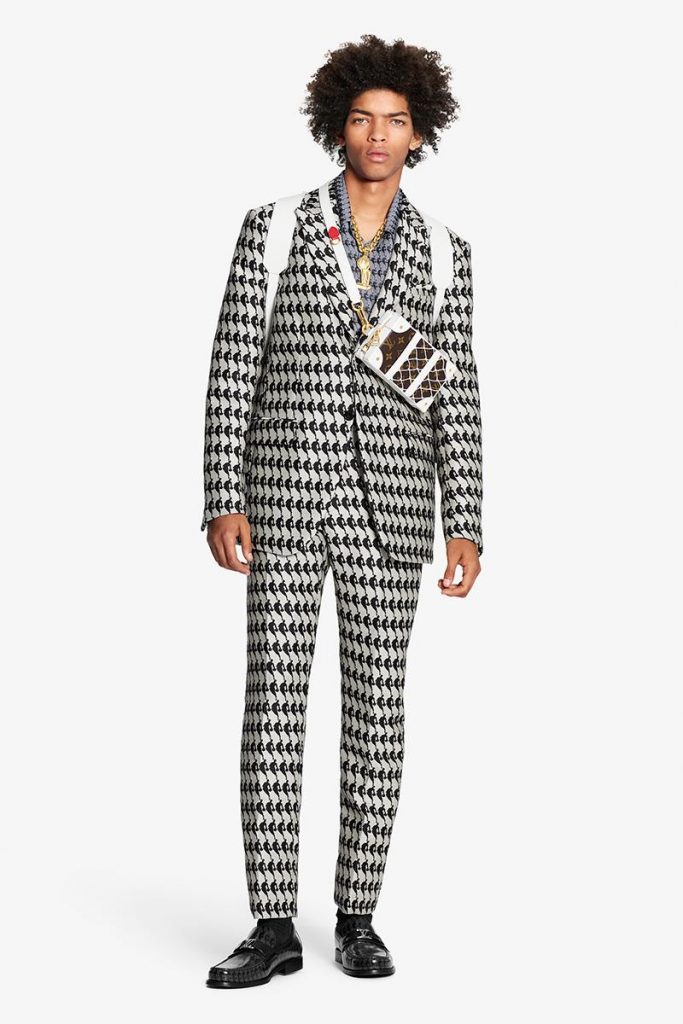 There is also a  limited NBA x Louis Vuitton Trunk designed to house one’s most precious attire, accessories and footwear. The double-door wardrobe trunk features a classic Monogram exterior marked with the usual Lozines and gold-tone hardware. While the interior is lined with deep blue, poppy red and crisp white felt as another nod to the official colors of the NBA.

Check out the lookbook above and expect the NBA x Louis Vuitton capsule collection to be available at Louis Vuitton locations November 20. 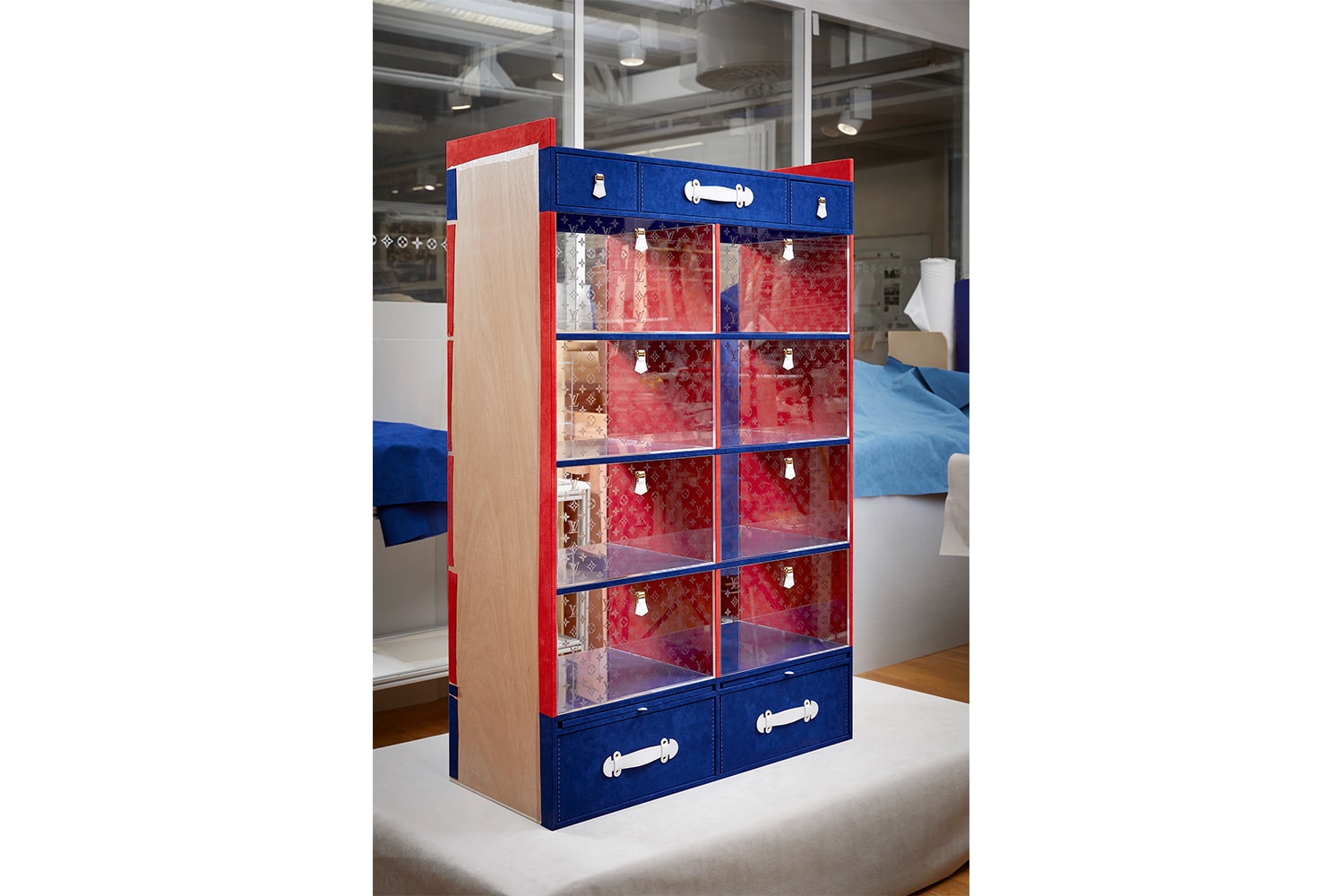 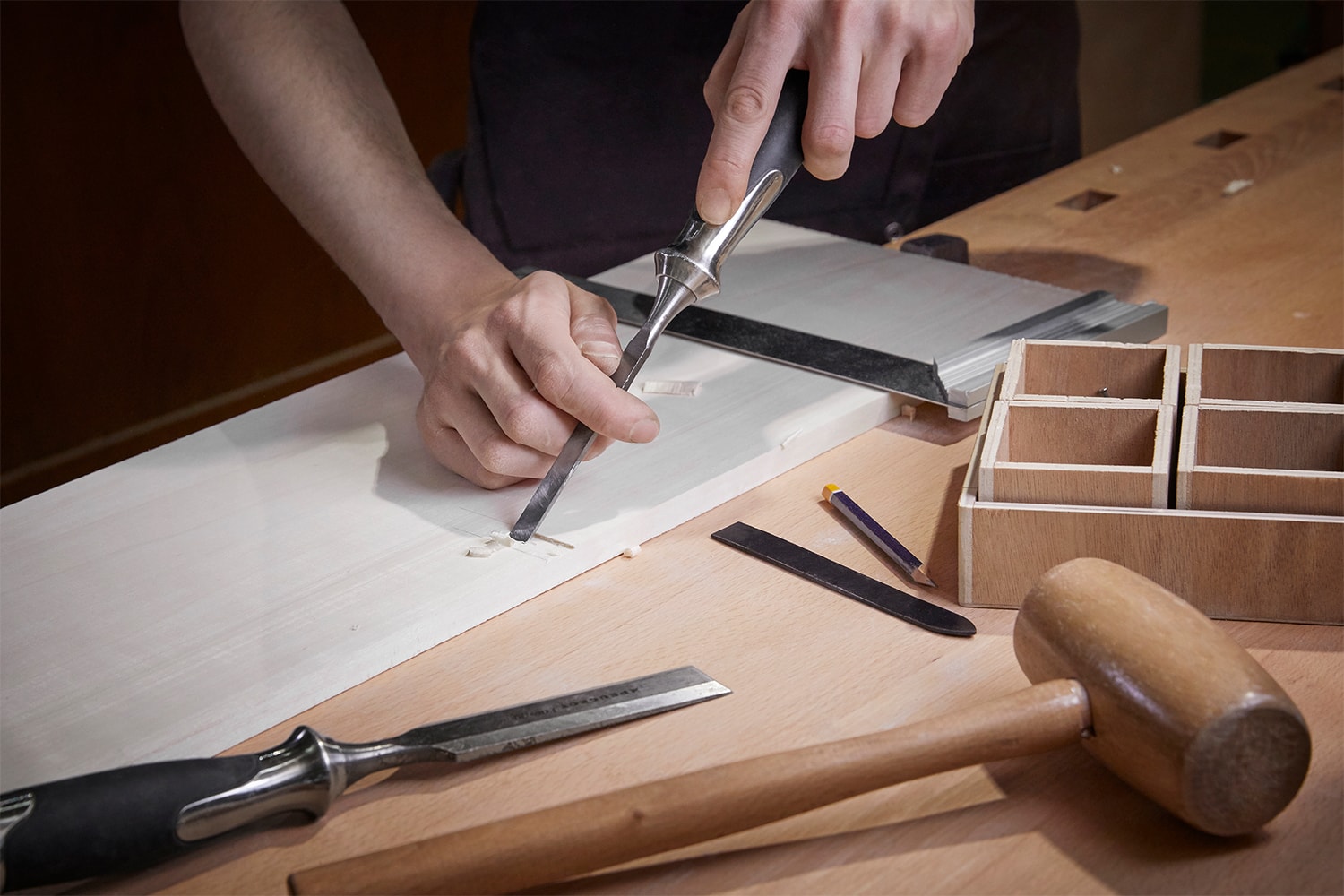 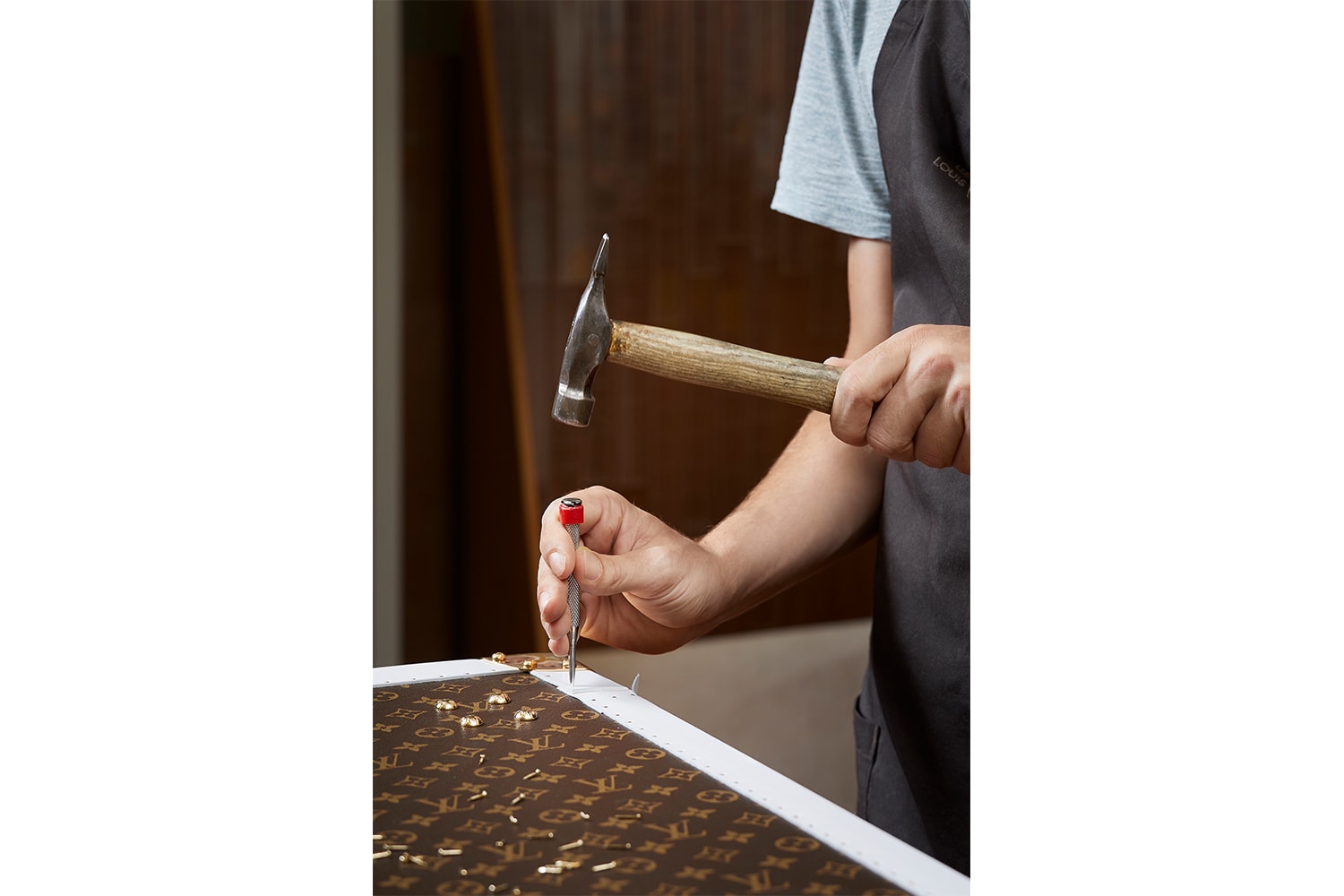 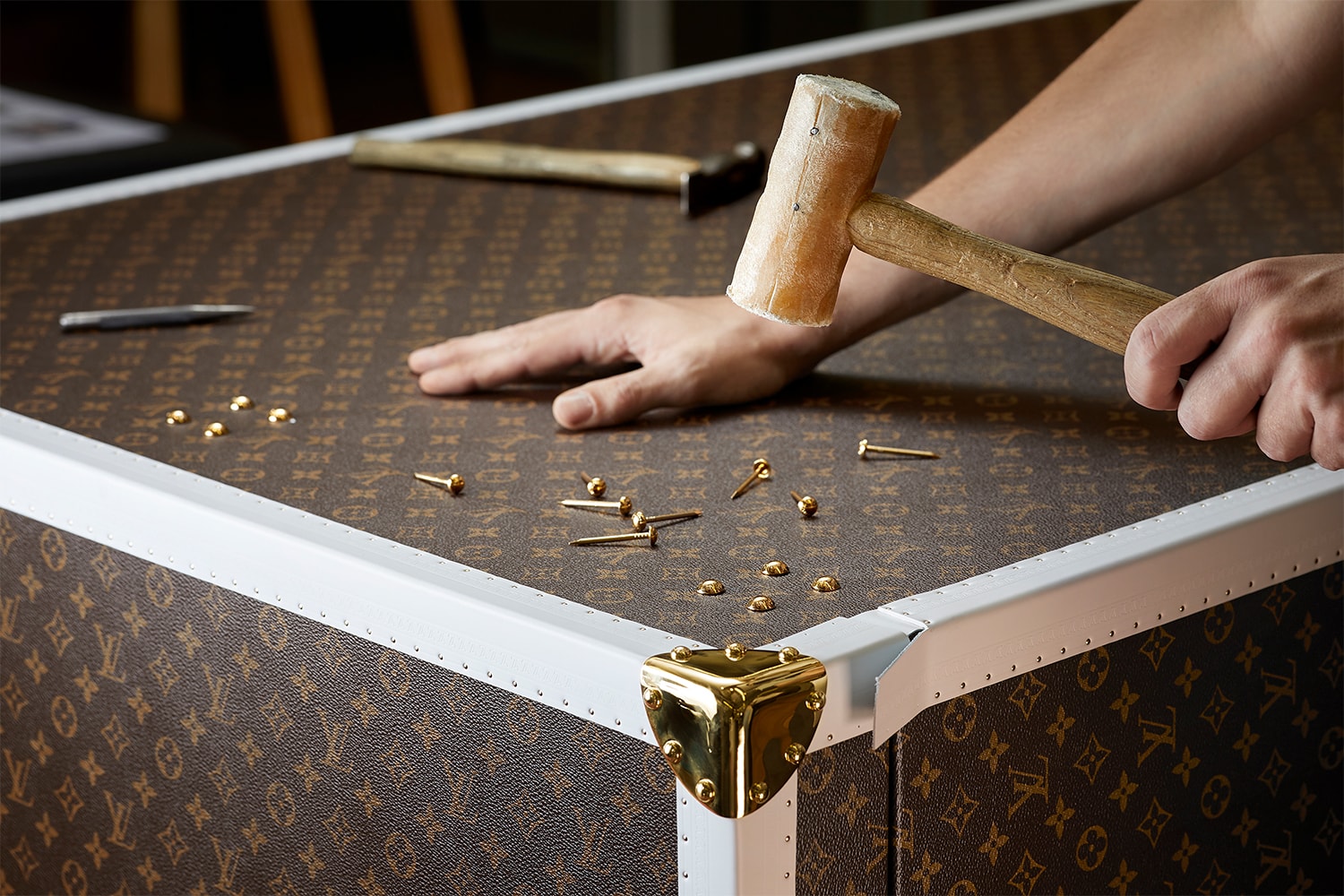 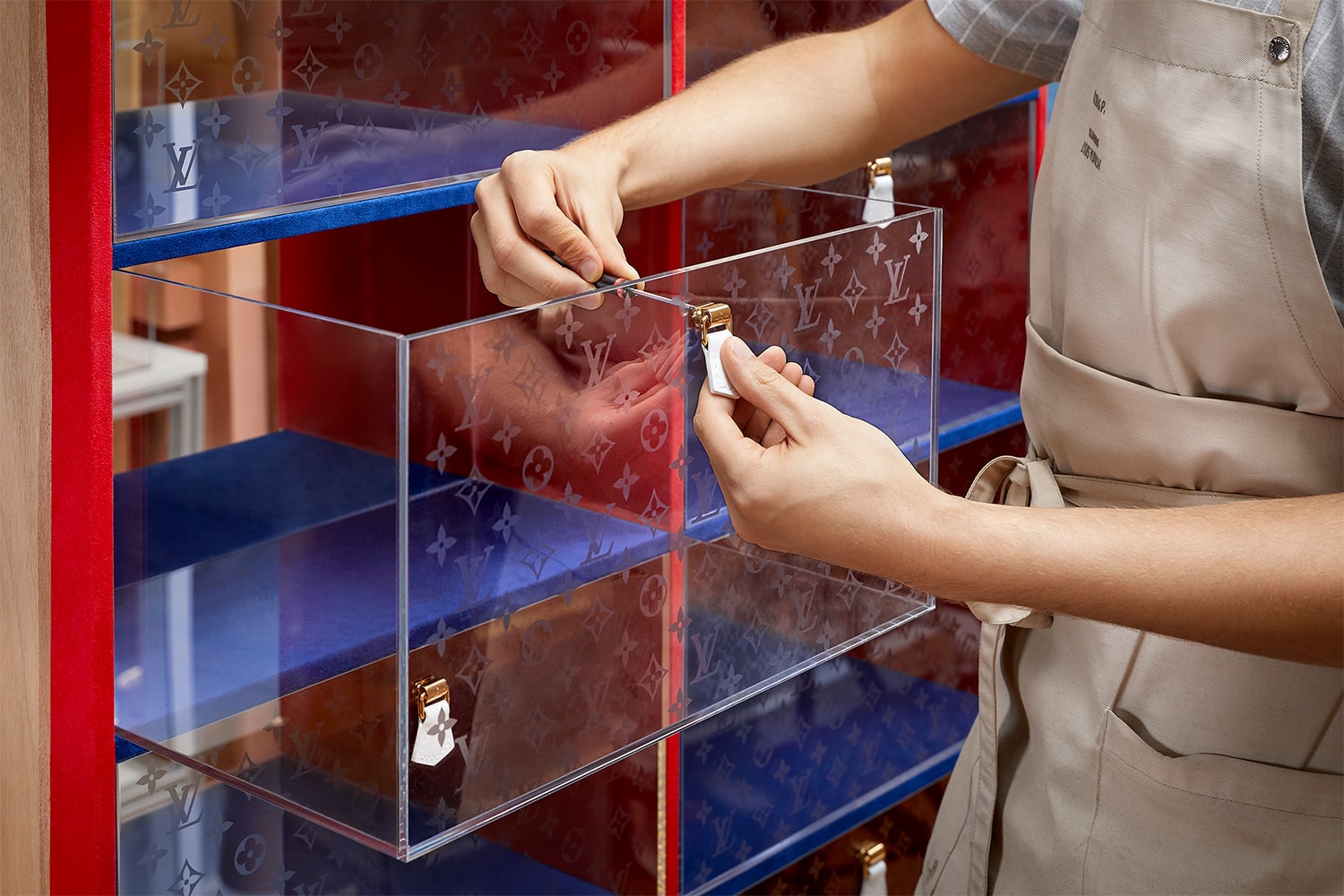 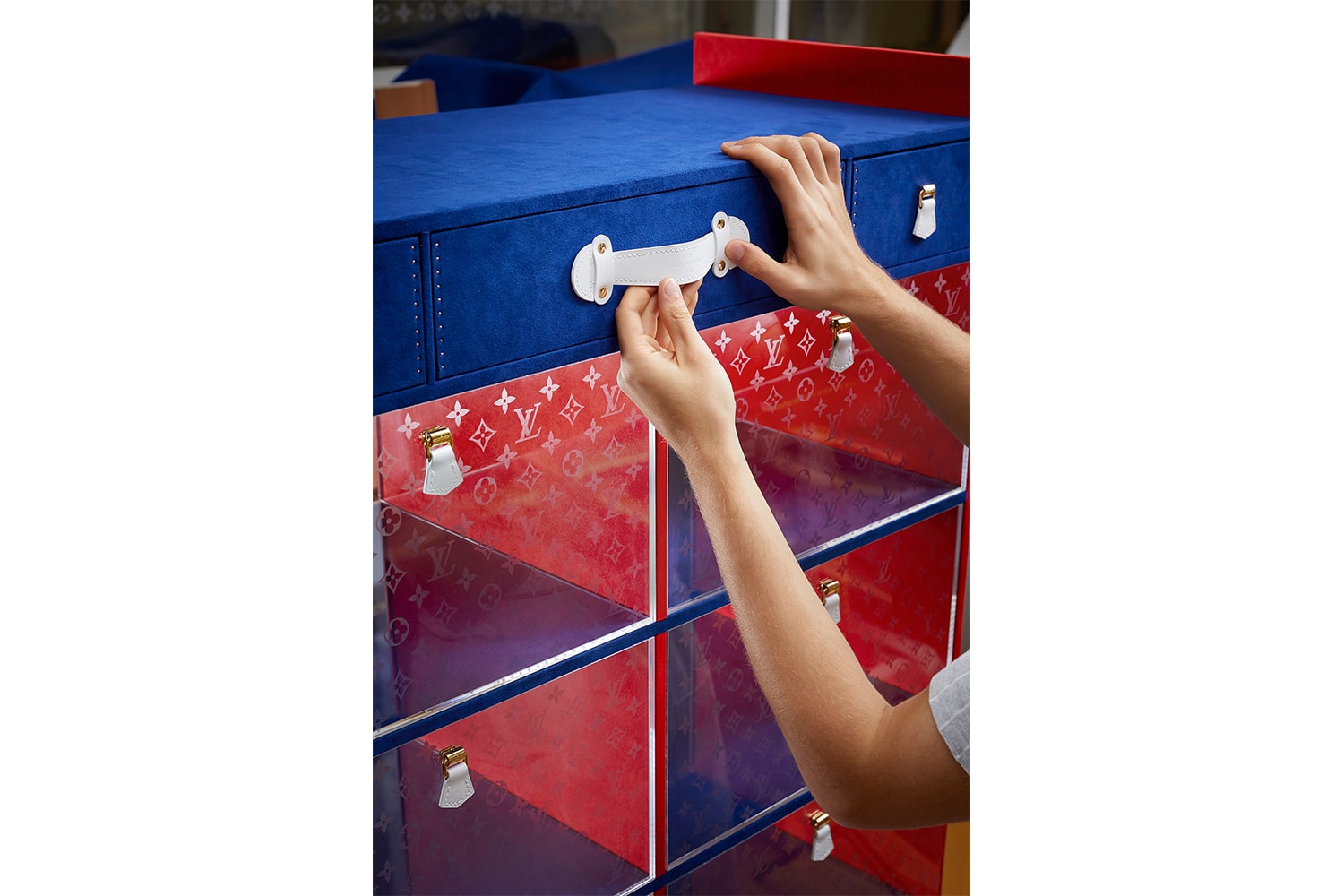 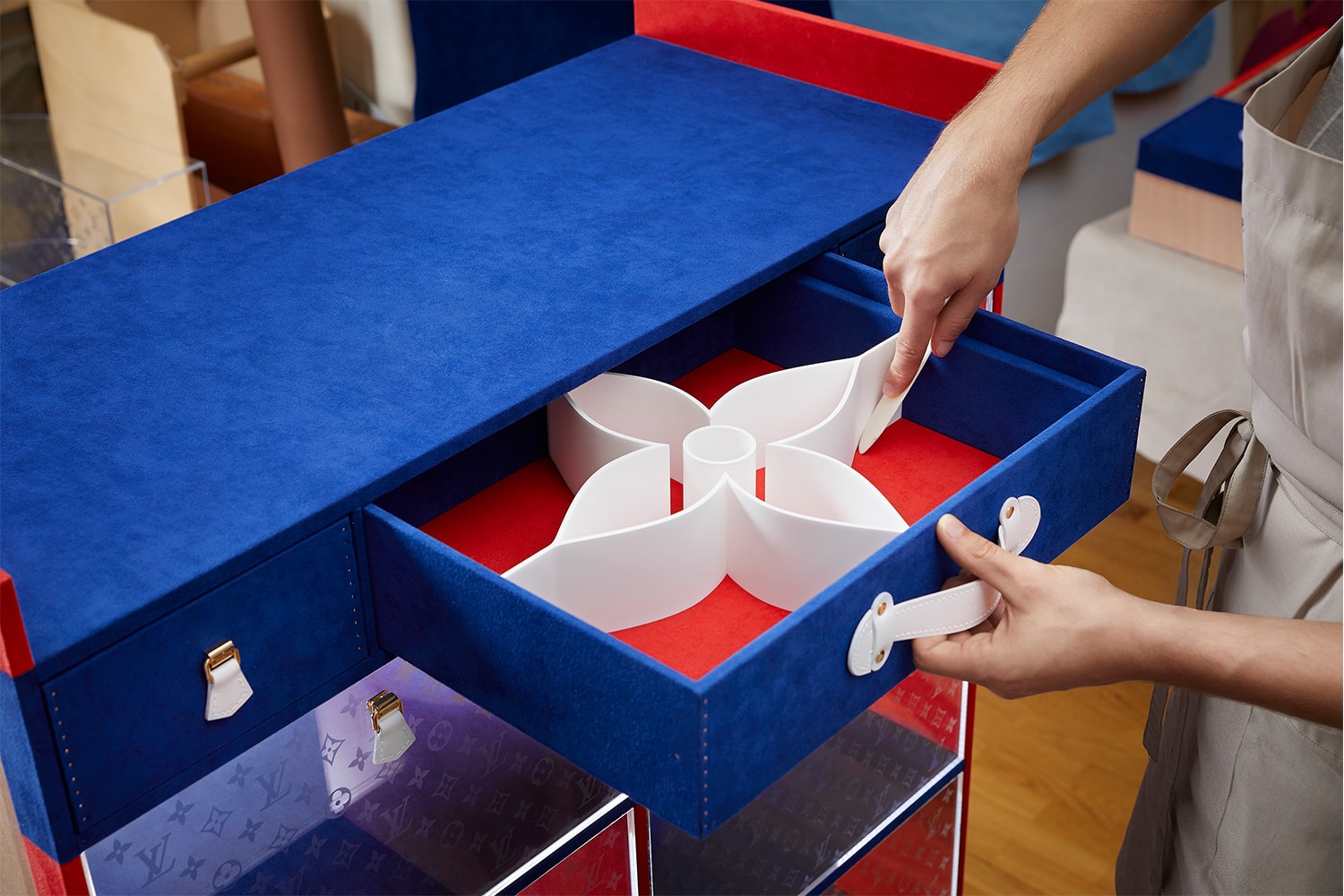 Rihanna Wears Lakers Jersey , Sings ‘We Are The Champions’ To Celebrate NBA Title 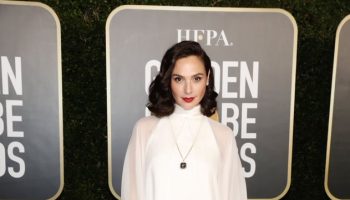 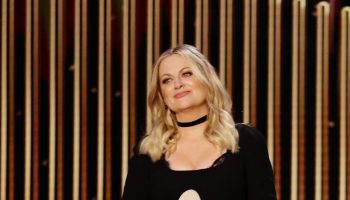 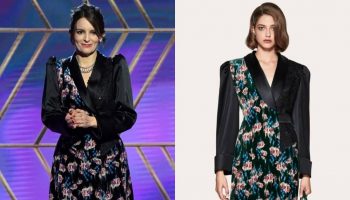 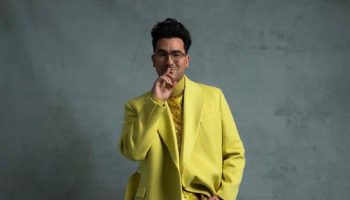 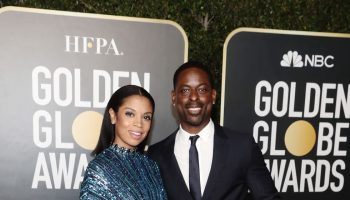