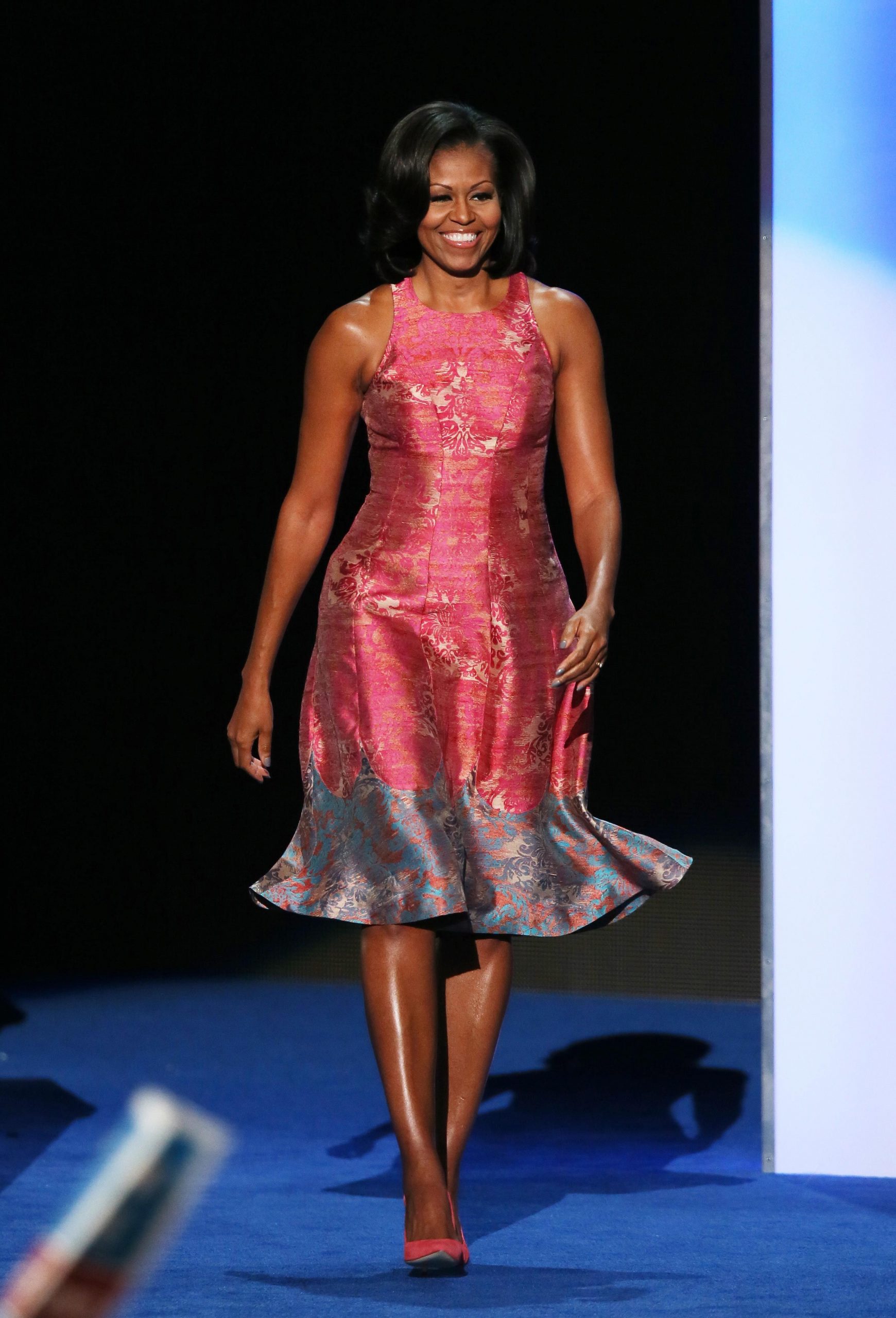 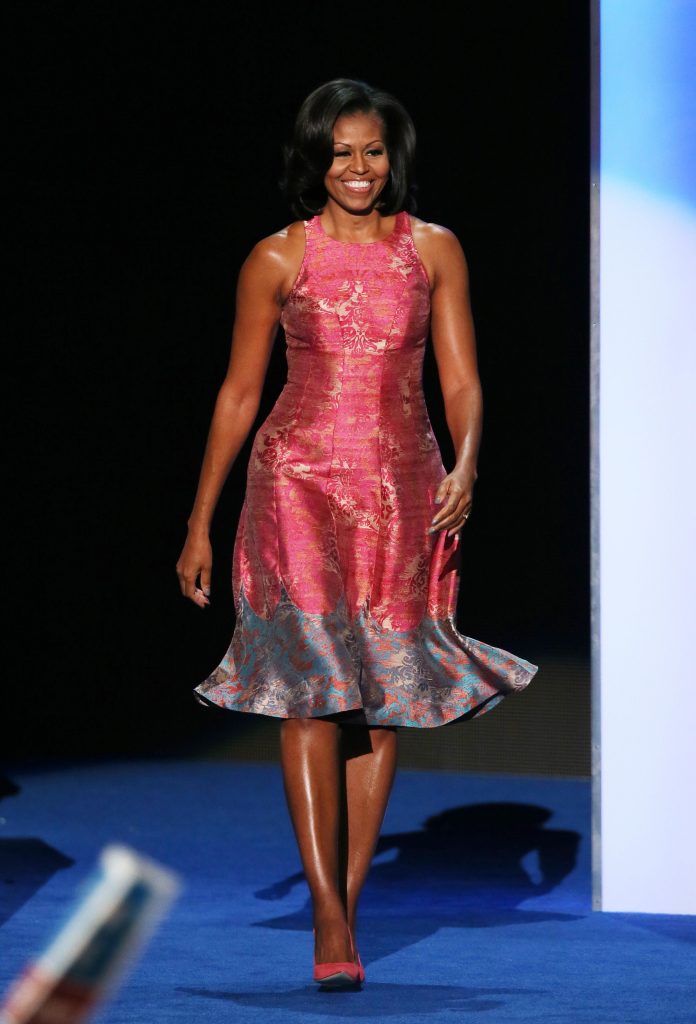 “It’s painful to think that months into this crisis, this is still where we are with no clear plan, no peace of mind. And the worst part is, it didn’t have to be like this,” she said. “Look around the world, so many other countries aren’t experiencing this level of extended suffering and uncertainty. These countries were hit by the same virus as we were, they had the same kind of resources to contain it as we did. But what they didn’t have to contend with was this president — a man who had every resource at his disposal, the finest medical experts, our best intelligence, and yet ignored all the advice and failed to produce a plan to provide enough tests for worried families or protective equipment for our healthcare workers.”

In brief, “We simply cannot trust this president to tell us the truth about anything.”

Differences aside, she urged Americans to “put ourselves in one another’s shoes,” explaining that she understands the frustrations of working-class Americans who are disillusioned by the system. “You’ve worked hard all your life, and for too long, you’ve watched the rich get richer … you’ve seen your beloved towns shattered by joblessness … and it’s frustrating to hear some folks say that you’ve been the beneficiary of privilege, that the color of your skin gives you a head start.”

“But right now, the president and his allies are trying to tap into that frustration and distract from his breathtaking failures by giving folks someone to blame other than them,” she continued. “They’re stoking fears about Black and brown Americans, lying about how minorities will destroy the suburbs, whipping up violence and intimidation.”

“And they’re pinning it all on what’s been an overwhelmingly peaceful movement for racial solidarity,” Obama went on, referencing the Black Lives Matter protests that began following George Floyd’s murder in late May. “Only a tiny fraction of demonstrations have had any violence at all. So what the president is doing is once again patently false. It’s morally wrong. And yes, it is racist. But that doesn’t mean it won’t work.”

Once again, Obama sympathized with those who have given credence to Trump’s lies, explaining, “This is a difficult time, a confusing time, and when people hear these lies and crazy conspiracies repeated over and over and over again, they don’t know what to think. With everything going on in their lives, they don’t have time to fact-check falsehoods being spread throughout the internet. And even reasonable people might get scared. And the one thing this president is really, really good at is using fear and confusion and spreading lies to win.”

Obama admitted that our country’s division is personal for her as well, and called for empathy. “As a Black woman who has, like the overwhelming majority of people of color in this nation, done everything in my power to live a life of dignity and service and honesty, the knowledge that any of my fellow Americans is more afraid of me than the chaos we are living through right now, well that hurts,” she said. “It hurts us all. It is a heaviness that sits on our hearts. So I wanna appeal for some empathy here too.”

“I want everyone who is still undecided to think about all those folks like me and my ancestors — the moms and dads who worked their fingers to the bone to raise their kids right. The teenagers who wear hoodies while working hard to get their diplomas. The millions of folks who look like me and fought and died and toiled as slaves and soldiers and laborers to help build this country. Put yourselves in our shoes for just a moment,” she said.

“Imagine how it feels to wake up every day and do your very best to uphold the values that this country claims to hold dear — truth, honor, decency — only to have those efforts met by scorn. Not just by your fellow citizens, but by a sitting president. Imagine how it feels to have suspicion cast on you from the day you were born, simply because of the hue of your skin. To walk around your own country scared that someone’s unjustified fear of you could put you in harm’s way,” she continued. “Who will project on us their own fears of retribution for centuries of injustice and thus only see us as a threat to be restrained? And we know what happens next — a racial slur from a passing car, a job promotion that never comes, a routine traffic stop gone wrong, maybe a knee to the neck.”

In a closing plea, Obama asked viewers to take some time for introspection ahead of the election.

“Think about what would possibly compel you to accept this level of chaos, violence, and confusion under this president, and be willing to watch our country continue to spiral out of control,” she advised. “We can no longer pretend that we don’t know exactly who and what this president stands for. Search your hearts and your conscience, and then vote for Joe Biden like your lives depend on it. We cannot afford to withhold our votes, or waste them on a protest candidate,” she continued. “One of these two men will be president. And only if we vote for Joe Biden with power and with passion will our voices even have a chance at being heard.”

Visit vote.org to register to vote, check your registration status, or find your polling place.

My heart goes out to everyone touched by this virus, from those at the White House, especially the Secret Service and residence staff whose service ought never be taken for granted, to all those names and stories most of us will unfortunately never know. https://t.co/dtEUrcjPAy 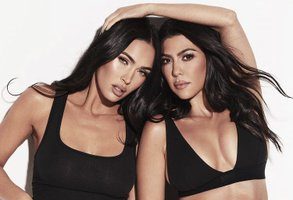 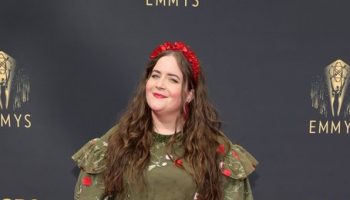 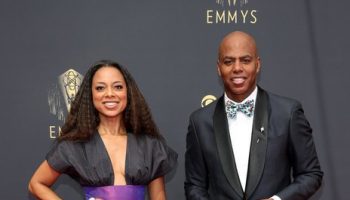 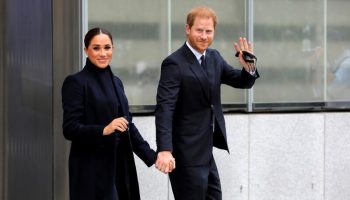 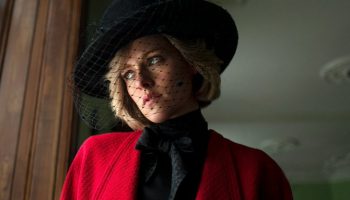