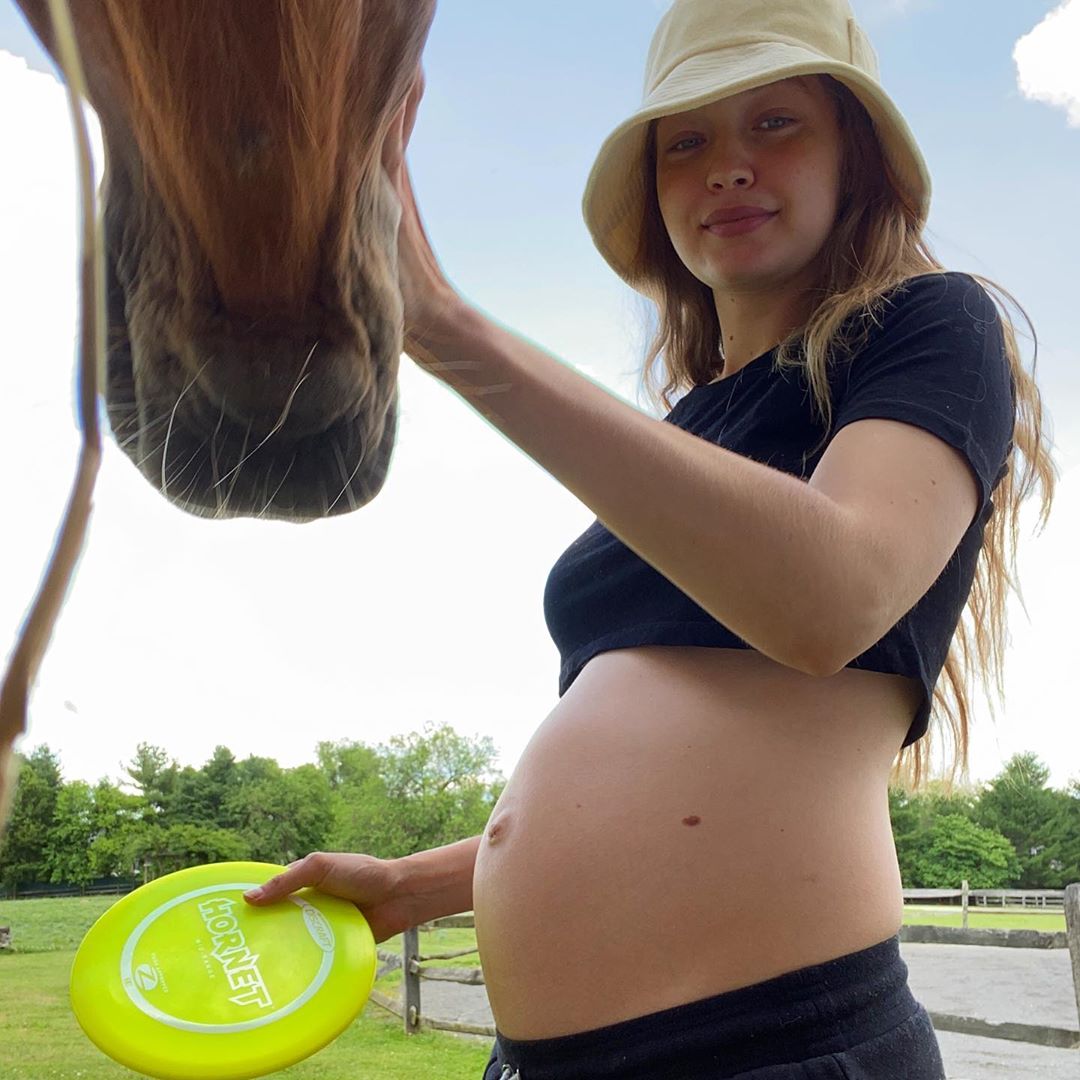 Gigi Hadid  who has recently given birth to a baby girl with boyfriend Zayn Malik   shared a pic of her baby bump  on Instagram while pregnant . Gigi Hadid wore  a black basic tee and  black low rise sweatpants along  with pale yellow boater hat. 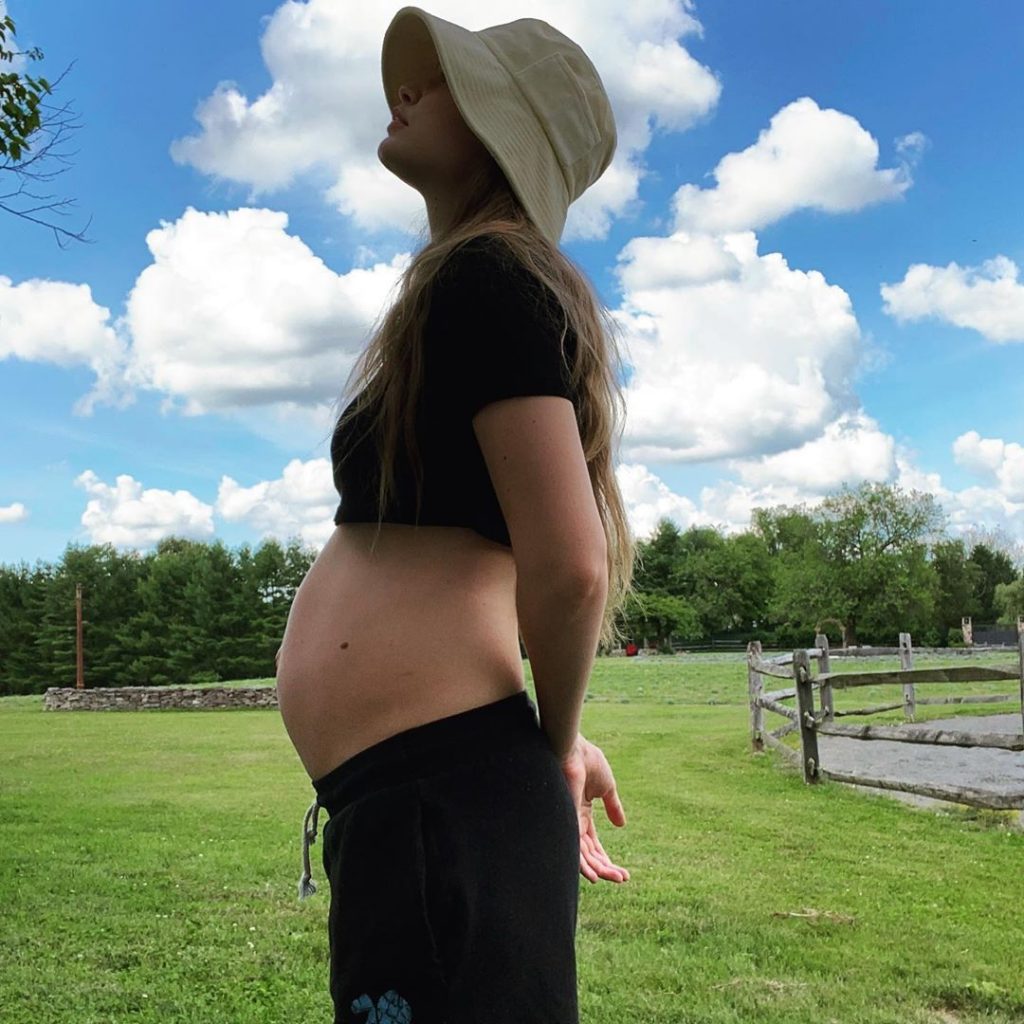 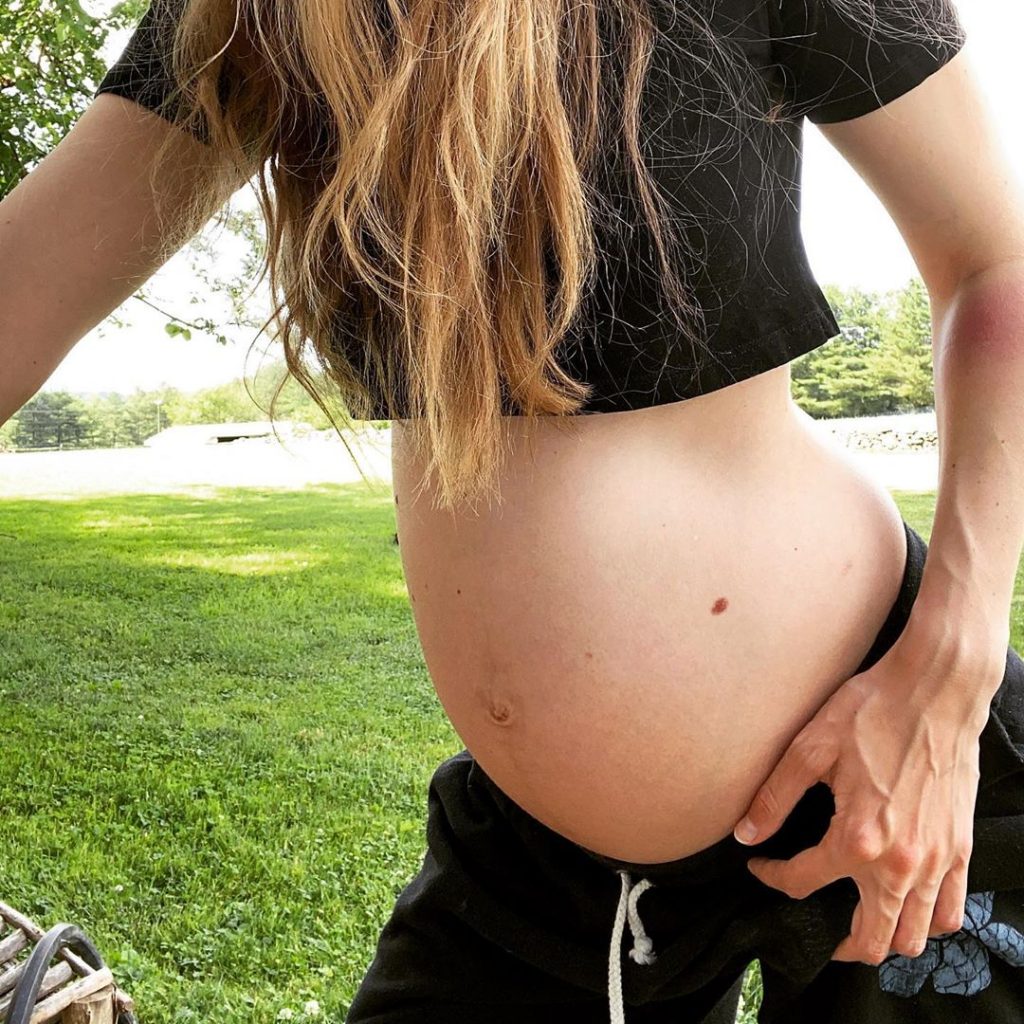 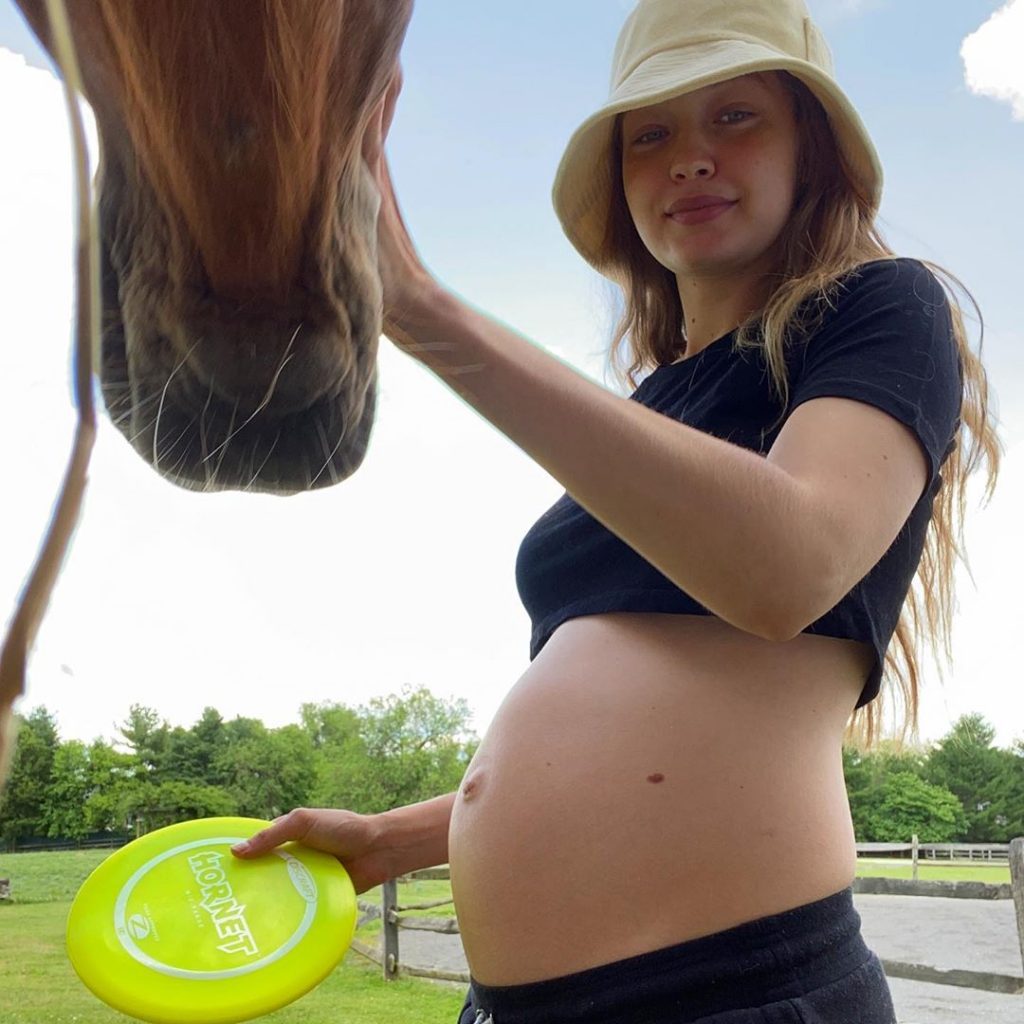 Gigi Hadid is looking back on her pregnancy journey — and sharing some sweet baby bump photos!

The model, 25, shared a series of pregnancy photos “from about 27 wks” on Instagram Thursday.

Gigi, who confirmed she was expecting her first child with boyfriend Zayn Malik in April, wrote in the caption, “time flew.”

In one photo, Gigi smiles down at the camera, wearing a cropped blue T-shirt and a Lack of Color bucket hat. Another photo gives a side photo of the cover girl’s baby bump, and in another, Gigi smiles as she pets a horse.

The snapshots come just one day after Gigi’s father, Mohamed Hadid, shared a photo of a handwritten poem on Instagram dedicated to his grandchild, causing some fans to speculate whether the model had already given birth. 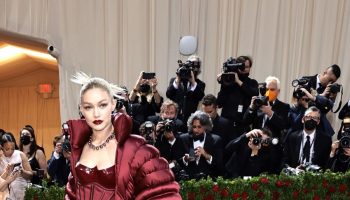 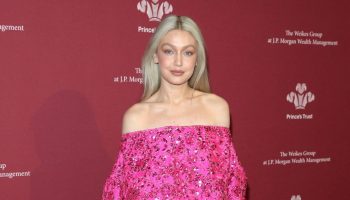 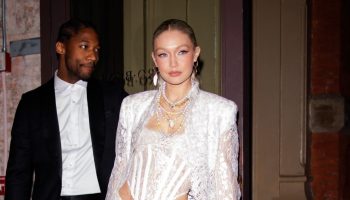 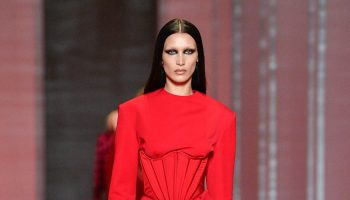 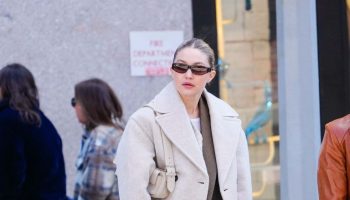