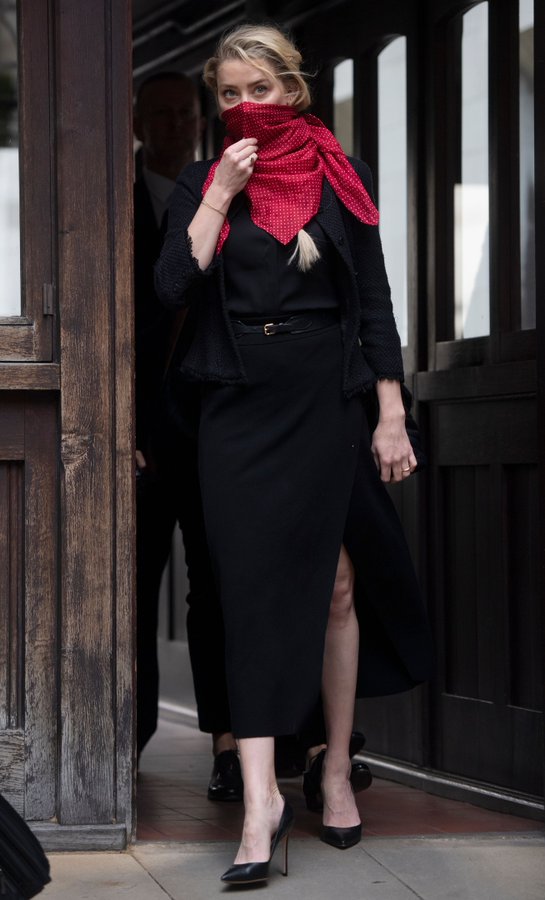 Actress Amber Heard, center, arrives at the High Court in London, Tuesday, July 7, 2020. Johnny Depp has a starring role in a real-life courtroom drama in London, where he is suing a tabloid newspaper for libel over an article that branded him a “wife beater.” On Tuesday, a judge at the High Court is due to begin hearing Depp’s claim against The Sun’s publisher, News Group Newspapers, and its executive editor, Dan Wootton, over the 2018 story alleging he was violent and abusive to then-wife Amber Heard. Depp strongly denies the claim. (AP Photo/Alastair Grant) 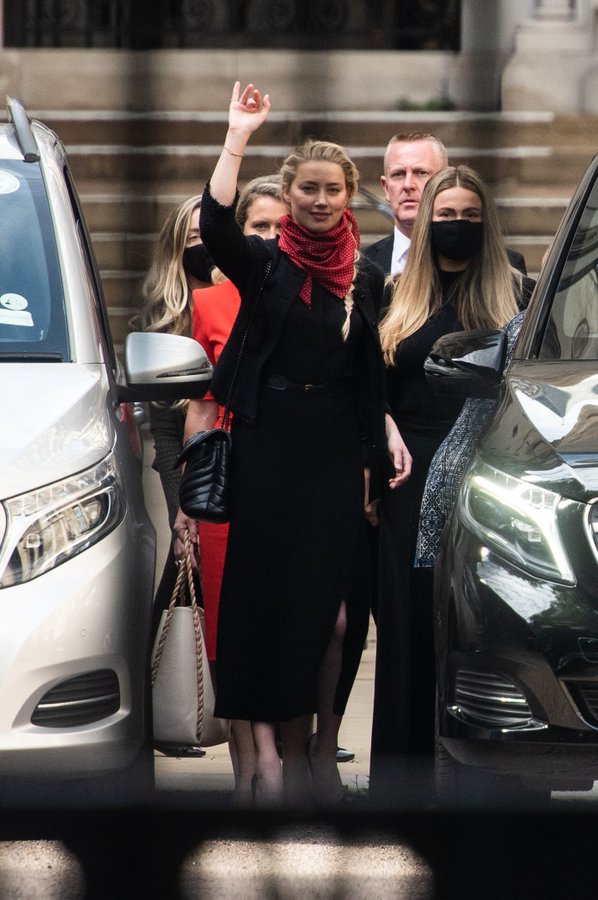 Johnny Depp said Tuesday that ex-wife Amber Heard had made “sick” claims of abuse and falsely branded him a monster, as the actor testified in a U.K. libel case that hinges on who was the aggressor in the celebrity couple’s violent, toxic relationship 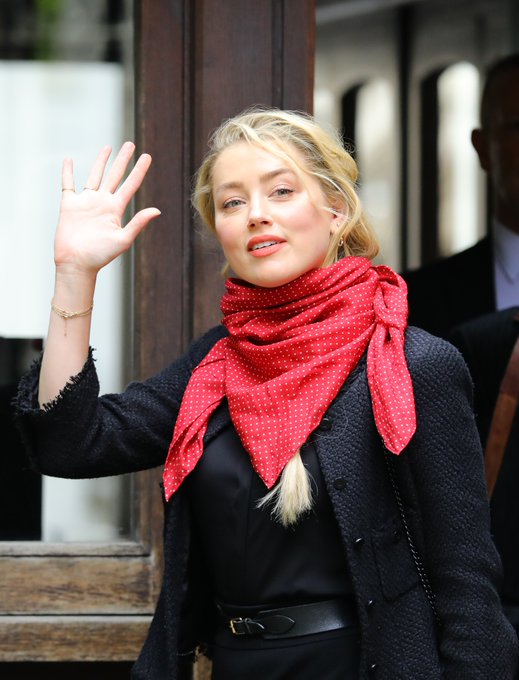 Depp is suing British tabloid The Sun over an April 2018 story headlined “Potty – How can JK Rowling be ‘genuinely happy’ casting wife beater Johnny Depp in the new Fantastic Beasts film?” The newspaper’s lawyers plan to use Heard’s allegations of abuse by Depp to defend the “wife beater” claim.

Depp  denies Heard’s claims that he assaulted her during their tempestuous marriage, and is suing The Sun’s publisher, News Group Newspapers, and its executive editor, Dan Wootton.

“These sick claims are totally untrue,” Depp said in a written witness statement, adding that Heard’s allegations hurt his career and had “been a constant issue in my casting.”

A three-week trial over his libel claims opened Tuesday at the High Court in London. It is one of the first major cases to be held in person since Britain began to lift its coronavirus lockdown.

Depp entered the witness box of the wood-paneled courtroom wearing a dark suit and tie, and began by taking the court oath and giving his full name: John Christopher Depp II.

He told the court that Heard had “said to the world that she was in fear of her life from me, and I had been this horrible monster, if you will. Which was not the case.”

Depp and Heard arrived by separate entrances at the neo-Gothic court building. Both wore face coverings over their noses and mouths as they arrived. Proceedings have been spread over several courtrooms to allow for social distancing. 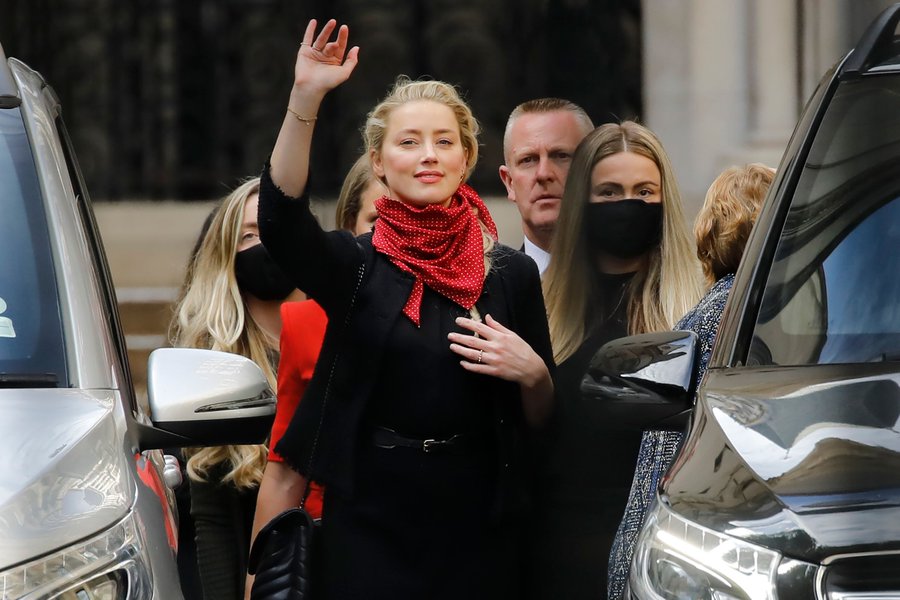 The Sun’s defense relies on Heard’s allegations of 14 incidents of violence by Depp between 2013 and 2016, in locations including Los Angeles, Australia, Japan, the Bahamas and a chartered jet. He denies them all and says Heard, an actress and model, attacked him with items including a drink can and a cigarette. He also claims that on one occasion Heard or one of her friends defecated on his bed.

In written witness statements, Depp said that in Australia in 2015 Heard severed the tip of his finger by hurling a vodka bottle at him. A photo of the bloody digit was included with his statement.

Depp claimed that on another occasion, Heard repeatedly punched him in the face on a private jet, forcing him to spend the flight locked in the plane’s bathroom.

“Rage-filled violent incidents on planes were common with Amber,” he said in the written statement.

In court, Depp described one incident in which Heard claims he hit her. He said the opposite was true.

“As things tended to do, (it) escalated and got physical, ending with a bit of assault. Ms. Heard struck me,” he said.

In a written statement, Depp alleged that Heard was “a calculating, diagnosed borderline personality; she is sociopathic; she is a narcissist; and she is completely emotionally dishonest.”

Heard alleges that Depp was prone to drink- and drug-fueled violent rages. The Sun’s lawyer, Sasha Wass, cross-examined Depp about his drug use, his lifestyle and his attitude toward women. 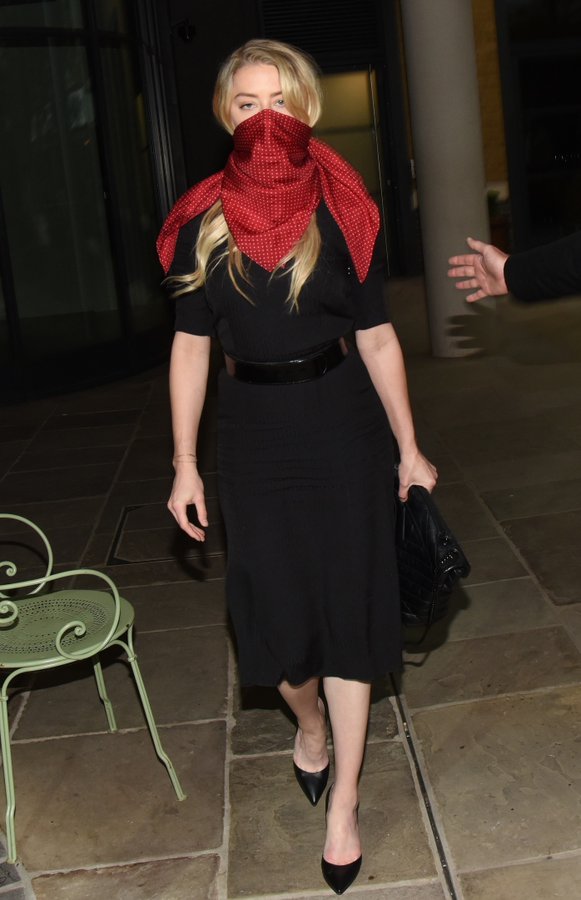 Depp acknowledged that he had struggled with fame, saying it meant he was “forced to live the life of a fugitive” with no anonymity.

He said his drug use began when he was an 11-year-old child in an unstable home. It was “the only way that I found to numb the pain,” he said.

Depp, who appeared calm and considered while giving his answers, acknowledged that he gave his daughter Lily-Rose Depp marijuana when she was 13, saying he wanted to be sure she tried the drug for the first time safely.

“If that is wrong in your eyes. I appreciate what you think. But I was raising a daughter and I was being a responsible parent as far as I’m concerned,” he told the newspaper’s lawyer.

Wass depicted Depp as someone with an anger management problem, bringing up an 1989 arrest for assault and a later incident in which he damaged a New York hotel room.

“I was angry, but that doesn’t mean I have an anger problem,” Depp said. “I also express myself by laughing. I don’t have a humor problem.” 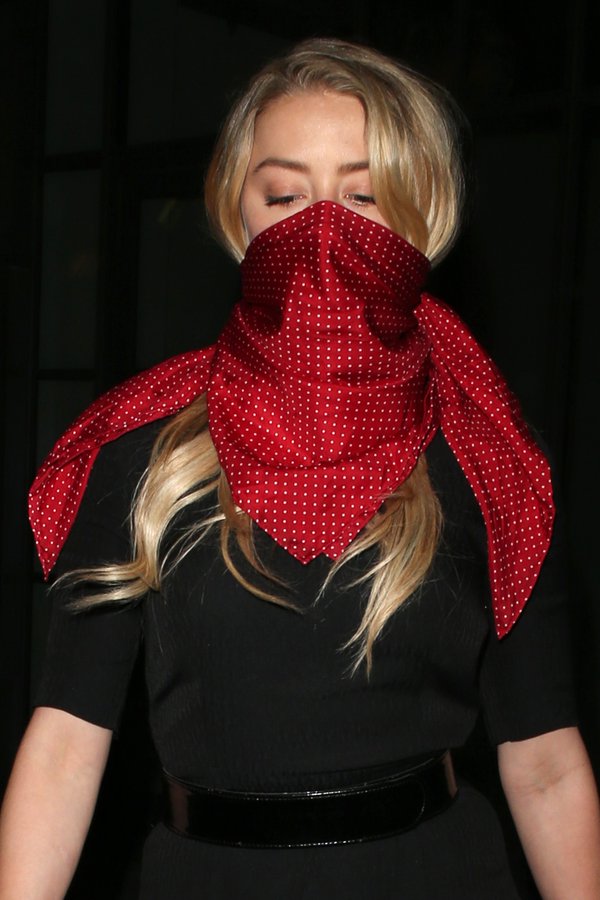 Wass played the court a video clip recorded by Heard that shows Depp kicking kitchen cupboards and swearing before pouring red wine from a large bottle.

While saying he “wasn’t particularly proud of myself” over the video, Depp denied that it showed he became a “monster” when he drank and took drugs.

Heard is due to give evidence later in the trial. Depp’s lawyer, David Sherborne, said Heard had recently asked that one allegation be heard in private “because of its supposedly horrific nature.”

Witnesses for Depp are scheduled to include his former partners Vanessa Paradis and Winona Ryder.

Depp is also suing Heard in the United States for $50 million for allegedly defaming him in a Washington Post article about domestic abuse. That case is due to be heard next year.

Sherborne said in an opening statement that the actor had sued The Sun to “clear his reputation.”

“This is not a case about money,” he said. “It is about vindication.”

Amber Heard Arriving To The Court To Face Johnny Depp In London July 14, 2020 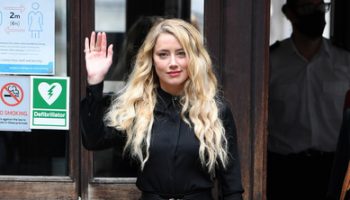 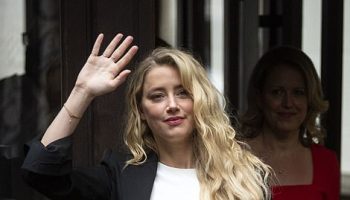 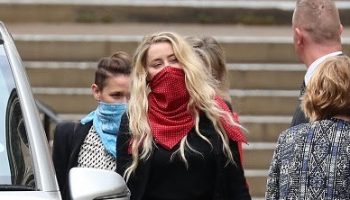 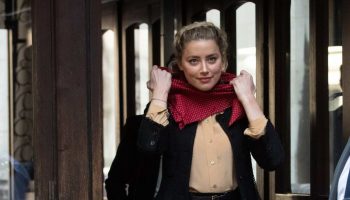 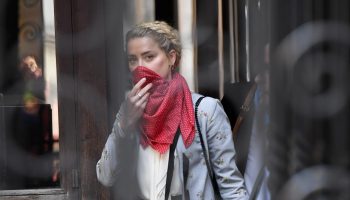