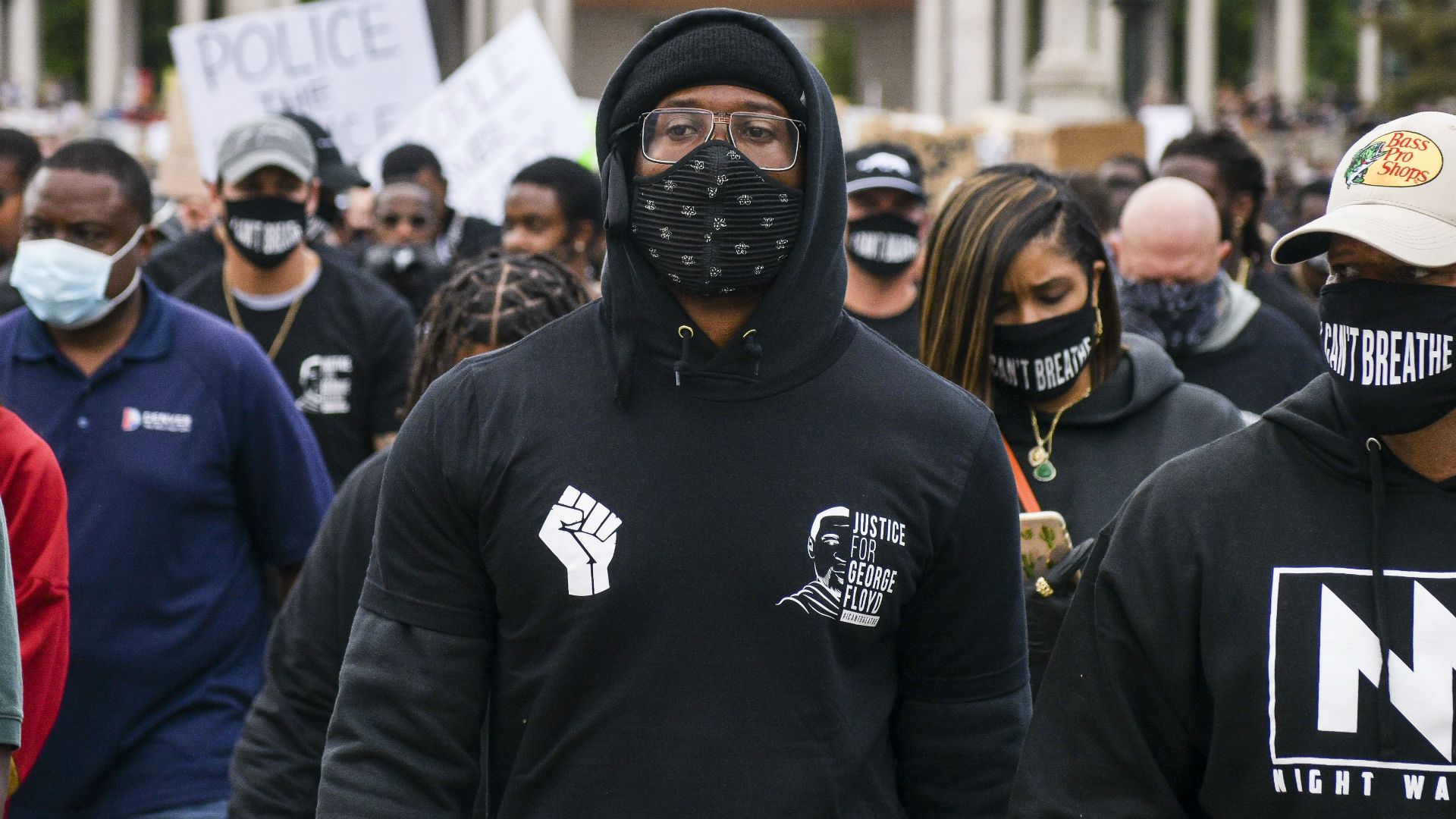 The Broncos held meetings with CEO Joe Ellis earlier this week. They marched together with Ellis on Saturday. Broncos players, coaches and executives led a peaceful protest in Denver. 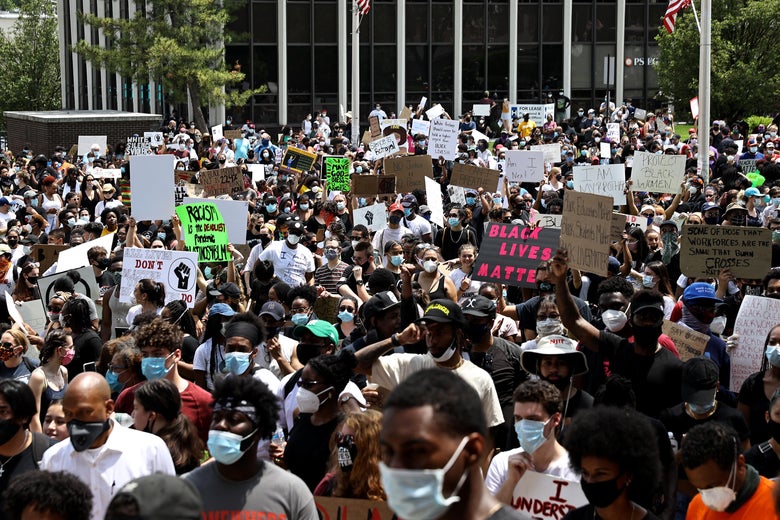 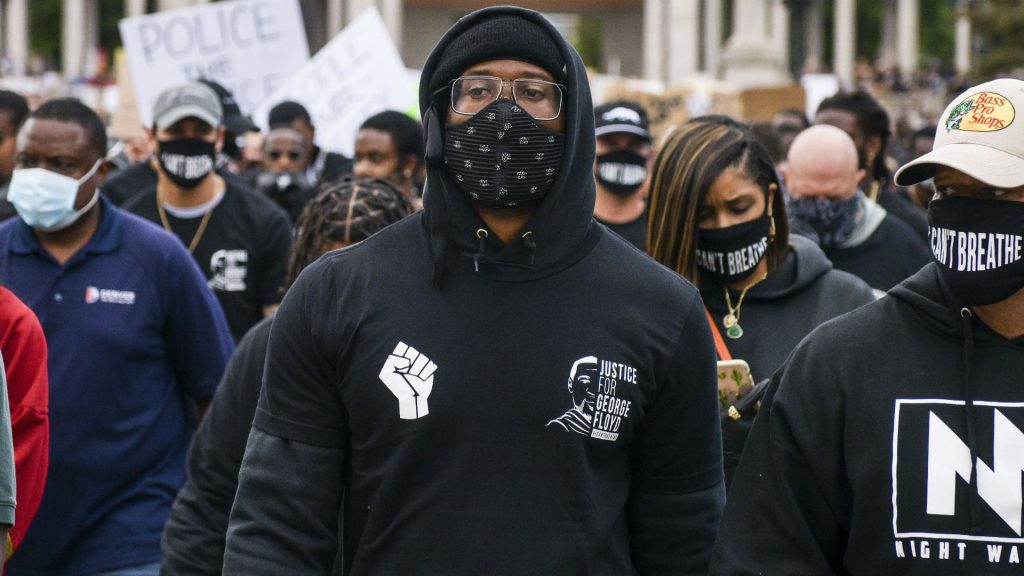 The group included more than 50 Broncos players and all 25 coaches on the team’s staff, with most wearing masks printed with the words “I can’t breathe” and shirts reading “If you ain’t with us, you against us.” Safety Kareem Jackson helped organize the march, which lasted for well over an hour.

Several players spoke on the stage at Civic Center Park, including Miller, who told 9News Denver he flew in Friday night from where he was training in San Francisco in order to join his teammates Saturday.

“The time is always right to do what is right,” Miller told the crowd. .”.. We’ve got to use our moral compass to make decisions on what’s right. Black, white — it doesn’t matter.”

“This is making a difference,” added safety Justin Simmons, who led a protest in Stuart, Fla., near his hometown last Sunday. .”.. Our voices are being heard. Your voice matters.”

The protest in Denver was one of hundreds organized across the country and even globally since the death of George Floyd in police custody on May 25 in Minneapolis. Floyd, who was African American, died after officer Derek Chauvin, who is white, kneeled on his neck for eight-plus minutes. Chauvin has been charged with second-degree murder and manslaughter, while three other officers have been charged with abetting murder and manslaughter.

Earlier this week, Fangio condemned Chauvin’s actions, saying he should also be charged with treason for “for failing to uphold the badge and uniform he was entrusted with.” Fangio also drew criticism for saying he “does not see racism at all” in the NFL, comments for which he apologized a day later.

Fangio spoke Saturday with civil rights leader Alvertis Simmons, who told 9News Denver afterward, “I want to thank the coach. He didn’t do anything in a racist manner. I don’t think coach Fangio has a racist bone in his body.” 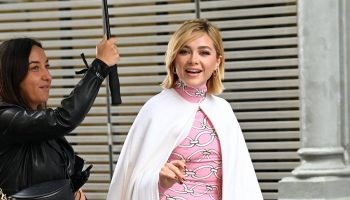 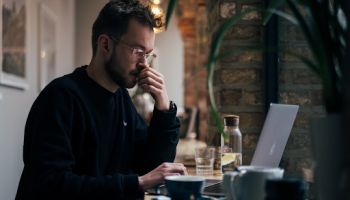 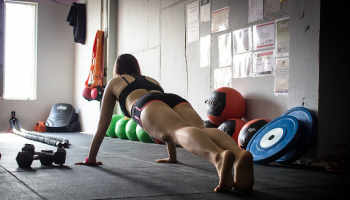 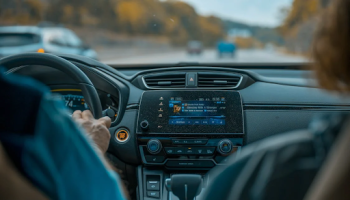 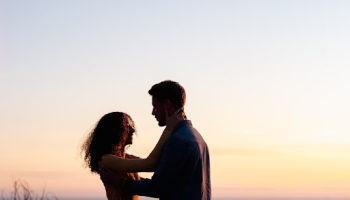