The History of Hugo Boss, A Timeless Brand 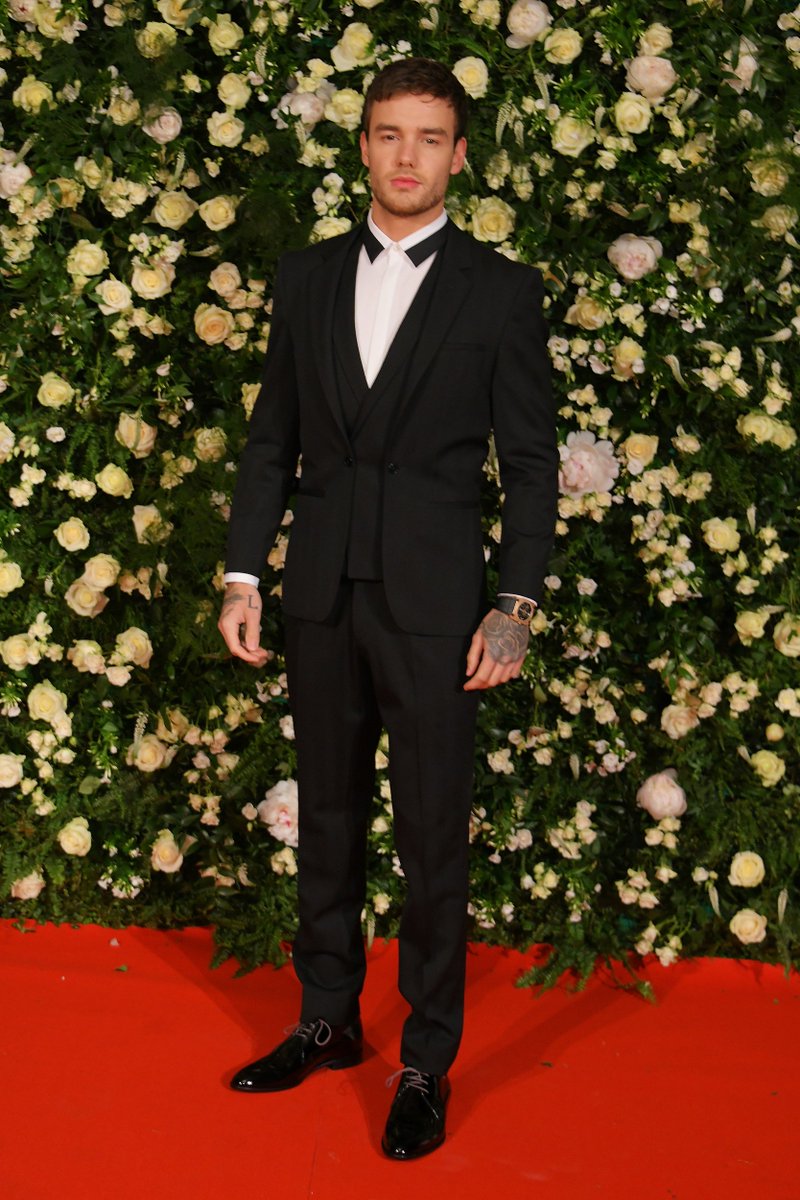 This history of Hugo Boss himself and his world-renowned brand is a fascinating, and sometimes shocking, story. A German designer, Hugo Boss was born in 1885 as the youngest of 5 children. He served in WWI as a corporal, before founding his own clothing company.

From Hugo Boss fragrances to men and women’s fashion collections, the clothing company is hugely successful; but it had a tumultuous start before eventually achieving the global status we know today. With that in mind, we take a look at the history of a timeless brand that is still popular today.

The beginning of Hugo Boss

Born in Metzingen, just south of Stuttgart, Hugo Boss completed an apprenticeship as a merchant before completing military service in the early 1900s. He then worked in a weaving mill, before inheriting his parents’ lingerie shop in 1908.

After serving in WWI, he founded his own clothing company in 1923 which produced the likes of shirts and jackets. At the time, the Third Reich held the power in the country. Due to the economic climate of Germany at the time, Hugo Boss was forced into bankruptcy, before reaching an agreement with his creditors to be able to start again.

Unfortunately, because of this, after the war Hugo Boss was stripped of his right to vote, his right to run a business and had to pay a hefty fine. The company agreed to participate in a fund to compensate for the use of slave laborers in WWII Germany.

The growth of the Boss brand

After Boss’ death in 1948, the company was taken over by his son-in-law and his sons. What followed was decades of growth and success, resulting in the Hugo Boss brand we all know today.

In 1950, the first men’s suits were designed and produced, setting the tone for the style and direction of the brand. Soon after, in 1954, Boss fragrances were successfully introduced.

The eponymous brand began to acquire a number of licenses and partnerships, as well as releasing numerous collections. The Hugo Boss name became a brand in 1970, and was registered as an international trademark by 1977.

The brand was split into different labels to denote various parts of the business. This included HUGO and BOSS. BOSS was then split further into BOSS Orange, producing casualwear; BOSS Green, producing golf clothing. and sportswear; BOSS Selection, producing a luxury range. From 2017, BOSS Orange and Green were integrated under the core BOSS brand, forming a two-brand strategy.

The Hugo Boss brand branched out quickly, acquiring licenses for eyewear in 1989, footwear in 1995 and watches in 1996.

Evolving with the times

The Hugo Boss brand ensured it moved forward with the rest of the world, innovating its offerings and positioning itself in a positive space within society. In 1996 the brand introduced the Hugo Boss Prize, which was designed to identify and honour contemporary artists, through a partnership with the Solomon R Guggenheim Museum and Foundation. Furthermore, Hugo Boss also partnered with UNICEF in 2007.

In 2009, a mobile app became available, and in 2011 the brand’s online store was relaunched in Mandarin in order to branch out into the Chinese market. Recently, Hugo Boss became the first Global Apparel Partner to support the Formula E race series.

Meghan, Duchess of Sussex In And Other Stories & Hugo Boss @ Sussex Visit 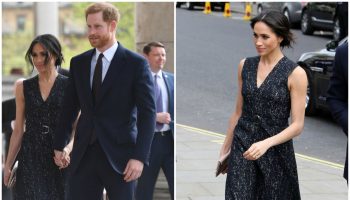 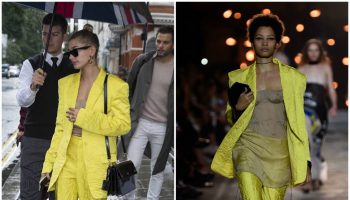 Hailey Baldwin In HUGO – Out In London 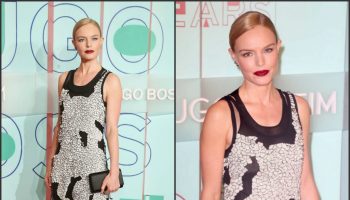 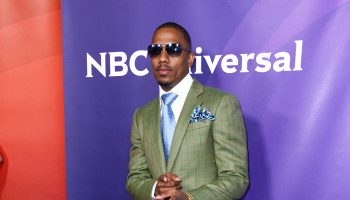 Megan Thee Stallion Reveals That She Was Shot In The Foot

Nicola Peltz Gets Engaged To Brooklyn Beckham In Victoria Beckham