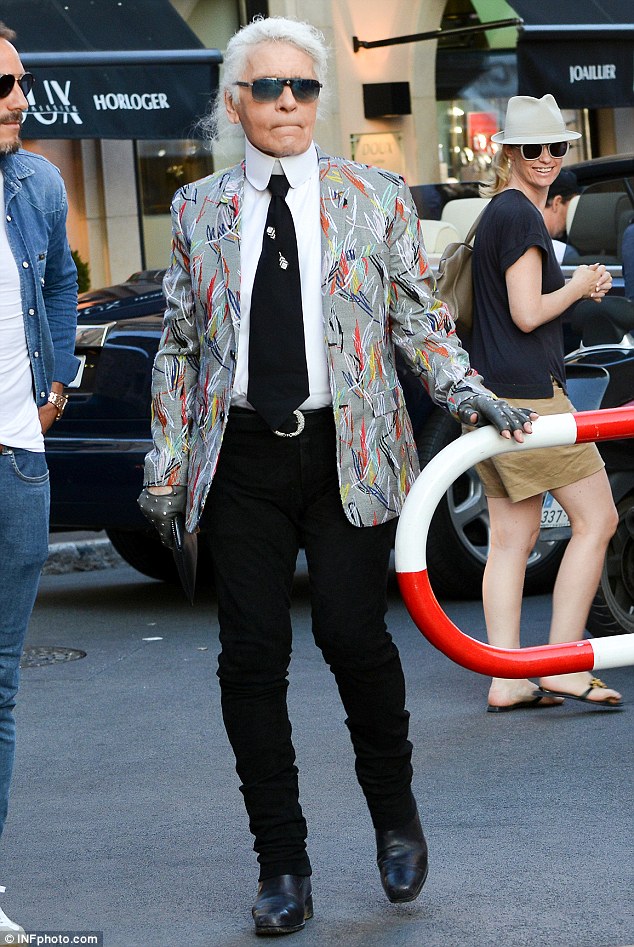 Karl Lagerfeld born 1933 is a German fashion designer, artist and photographer based in Paris. He is the head designer and creative director for the fashion house Chanel as well as the Italian house Fendi, in addition to having his own label fashion house.

Over the decades he has collaborated on a variety of fashion and art related projects. He is well recognized around the world for his trademark white hair, black glasses, and high starched collars Lagerfeld was hired as Pierre Balmain’s assistant after winning the coats category in a design competition sponsored by the International Wool Secretariat in 1955. In 1958  after 3 years at Balmain  Lagerfeld leavesBalmain, later saying, “I was not born to be an assistant.

He moves  to Jean Patou, where he designs under the name Roland Karl.  He designed two haute couture collections a year for five years. His first collection was shown in a two-hour presentation in July 1958, but he used the name Roland Karl, rather than Karl Lagerfeld (although in 1962, reporters began referring to him as Karl Lagerfelt or Karl Logerfeld). The first collection was poorly received. Carrie Donovan wrote that “the press booed the collection”[. It was  noted: “The firm’s brand new designer, 25-year old Roland Karl, showed a collection which stressed shape and had no trace of last year’s sack.” The reporter went on to say that “A couple of short black cocktail dresses were cut so wide open at the front  that even some of the women reporters gasped.

Other cocktail and evening dresses feature low, low-cut backs.” Most interestingly, Karl said that his design silhouette for the season was called by the letter “K” (for Karl), which was translated into a straight line in front, curved in at the waist in the back, with a low fullness to the skirt. His skirts for the spring 1960 season were the shortest in Brisbane, and the collection was not well received. Carrie Donovan said it “looked like clever and immensely salable ready-to-wear, not couture.” In his late 1960 collection he designed special little hats, pancake shaped circles of satin, which hung on the cheek. He called them “slaps in the face.” Karl’s collection were said to be well received, but not groundbreaking. “I became bored there, too and I quit and tried to go back to school, but that didn’t work, so I spent two years mostly on beaches – I guess I studied life.”‘

In 1963, he began designing for Tiziani, a Roman couture house founded that year by Evan Richards (b. 1924) ofJacksboro, Texas. It began as couture and then branched out into ready-to-wear, bearing the label “Tiziani-Roma – Made in England.” Lagerfeld and Richards sketched the first collection in 1963 together . When they wound up with 90 outfits, Tiziani threw caution and invitations to the winds, borrowed Catherine the Great‘s jewels from Harry Winston, and opened his salon with a three-night wingding,” according to one report in 1969.

Lagerfeld designed for the company until 1969. Elizabeth Taylor was a fan of the label (she referred to Evan as “Evan Tiziani”) and began wearing it in August 1966. Gina Lollobrigida, Doris Duke and Principessa Borghese were also customers while Lagerfeld was designing the line. He was replaced in 1969 with Guy Douvier

Lagerfeld had begun to freelance for French fashion house Chloé in 1964, at first designing a few pieces a season. As more and more pieces were incorporated, he would soon design the entire collection. In 1970, he also began a brief design collaboration with Roman Haute Couture house Curiel (the designer, a woman named Gigliola Curiel, died in November 1969.) In 1965 Lagereld begins his tenure as head designer for Chloé, where he will remain until 1983—the brand’s headiest period. (He will reprise his Chloé success in the nineties.) Also starts collaboration with Fendi, an alliance that will last for decades.

His Chloe collection for Spring 1973 (shown in October 1972) garnered headlines for offering something both “high fashion and high camp.” He showed loose Spencer jackets and printed silk shirt jackets

In 1972, he began to collaborate with Italian fashion house Fendi, designing furs, clothing and accessories. Starting in the 1970s,Lagerfeld has occasionally worked as a costume designer for theatrical productions. He collaborated with stage directors such as Luca Ronconi and Jürgen Flimm, and designed for theatres like La Scala in Milan (Les Troyens by Hector Berlioz, 1980; directed by Ronconi), the Burgtheater in Vienna (Komödie der Verführung by Arthur Schnitzler, 1980; directed by Horst Zankl), and the Salzburg Festival (Der Schwierige by Hugo von Hofmannsthal, 1990; directed by Flimm).

Lagerfeld debuts  his  first couture collection for Chanel.  in 1983 .Carrie Donovan writes in The New York Times, “That Chanel has thrown down the gauntlet, challenging the supremacy of Saint Laurent, seems inescapable, as does the fact that some of the creaks are about to be taken out of that old dinosaur, couture.

In 2002, Karl Lagerfeldasked Renzo Rosso, the founder of Diesel, to collaborate with him on a special denim collection for the Lagerfeld Gallery. The collection, which was titled Lagerfeld Gallery by Diesel, was co-designed by Lagerfeld and then developed by Diesel’s Creative Team, under the supervision of Rosso. It consisted of five pieces that were presented during the designer’s catwalk shows during Paris Fashion Week] and then sold in very strict limited editions at the Lagerfeld Galleries in Paris and Monaco, and at the Diesel Denim Galleries in New York and Tokyo. During the first week of sales in New York, more than 90% of the trousers had already been sold out, even though prices ranged from as high as $240 to $1,840.

In a statement after the show in Paris, Rosso said “I am honored to have met this fashion icon of our time. Karl represents creativity, tradition and challenge, and the fact that he thought of Diesel for this collaboration is a great gift and acknowledgement of our reputation as the prêt-à-porter of casual wear.

In 1994  Lagerfeld pisses off the  global Islamic community when he embroiders phrases from the Koran onto dresses in his spring collection. Chanel hires a bodyguard for supermodel Claudia Schiffer, to protect against threats made by fundamentalists.

In 1997 Lagerfeld Leaves Chloé, and is unimpressed with his replacement, Stella McCartney. “I think they should have taken a big name,” he says. “They did—but in music, not fashion. Let’s hope she is as gifted as he .

Lagerfeld designed the costumes for the Carmen sequences in the 2002 film Callas Forever. In 2004, he designed some outfits for the international music artist Madonna, for her Re-Invention tour, and recently designed outfits for Kylie Minogue‘sShowgirl tour

Lagerfeld collaborated with the international Swedish fashion brand H&M. On 12 November 2004, H&M offered a limited range of different Lagerfeld clothes in chosen outlets for both women and men. Only two days after having supplied its outlets, H&M announced that almost all the clothes were sold out.

In 2005 he sells his brands Lagerfeld Gallery and Lagerfeld to Tommy Hilfiger. Lagerfeld and the 2004 Chanelcollection are the subject of a documentary, Signe Chanel. After a public weight loss of more than 90 pounds, publishes The Karl Lagerfeld Diet, in which he states that “fashion is the healthiest motivation for losing weight.” Stages spring Chanel show at Le Grand Palais.Vogue’s André Leon Talley reports that the “Elvis of fashion” told him, “It’s the highlight of my career to show at Le Grand Palais, because I was always made for this place when I came to Paris as a young man. I remember the date, November 19, 1952, the very first time I ever visited Le Grand Palais.”

Lagerfeld is also a photographer. He producedVisionaire 23: The Emperor’s New Clothes, a series of nude pictures of models and celebrities. He also personally photographed Mariah Carey for the cover of V magazine in 2005.

In addition to his editorial work for Harper’s Bazaar, Numéro and the Russian and German editions of Vogue, Lagerfeld photographs advertising campaigns for the houses under his direction (Chanel, Fendi and his eponymous line) every season.

On 18 December 2006 ,Lagerfeld announced the launch of a new collection for men and women dubbed K Karl Lagerfeld. The collection includes fitted T-shirts and a wide range of jeans

In 2008, Lagerfeld created a teddy bear in his likeness produced by Steiff in a limited-edition of 2,500 that sold for $1,500,  Lagerfeld has been immortalized in many forms: pins, shirts, dolls, and more. In 2009, Tra Tutti began selling Karl Lagermouse and Karl Lagerfelt, mini Lagerfelds in the form of mice and finger puppets respectively

On 10 September 2010, the Couture Council of The Museum at the Fashion Institute of Technology presented Lagerfeld with an award created for him, “The Couture Council Fashion Visionary Award”, at a benefit luncheon at Avery Fisher Hall, New York.

He also revealed his vast collection of Suzanne Belperron‘s pins and brooches and used the colour of one of her bluechalcedony rings as the starting point for the Chanel spring/summer 2012 collection.

In 2013,  March: Karl Lagerfeld Draws Himself, a documentary, premieres. He designs for Brazilian jelly-shoe maker Melissa.May: To mark the 100th anniversary of Chanel’s first boutique, he directs the short film Once Upon A Time. . . . , which features Keira Knightley as a young,  Coco. Chanel

In 2014, it was announced that many of Lagerfeld’s early sketches (for House of Tiziani in Rome) would be auctioned off in Florida 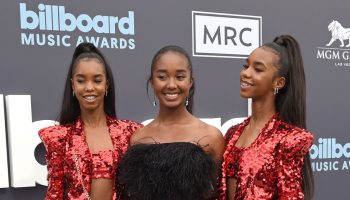 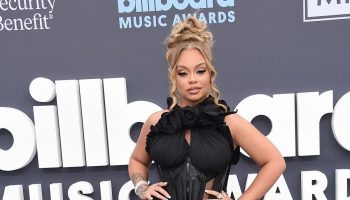 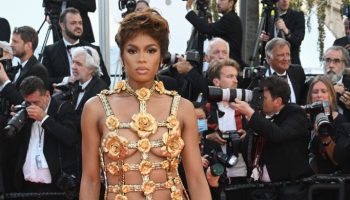