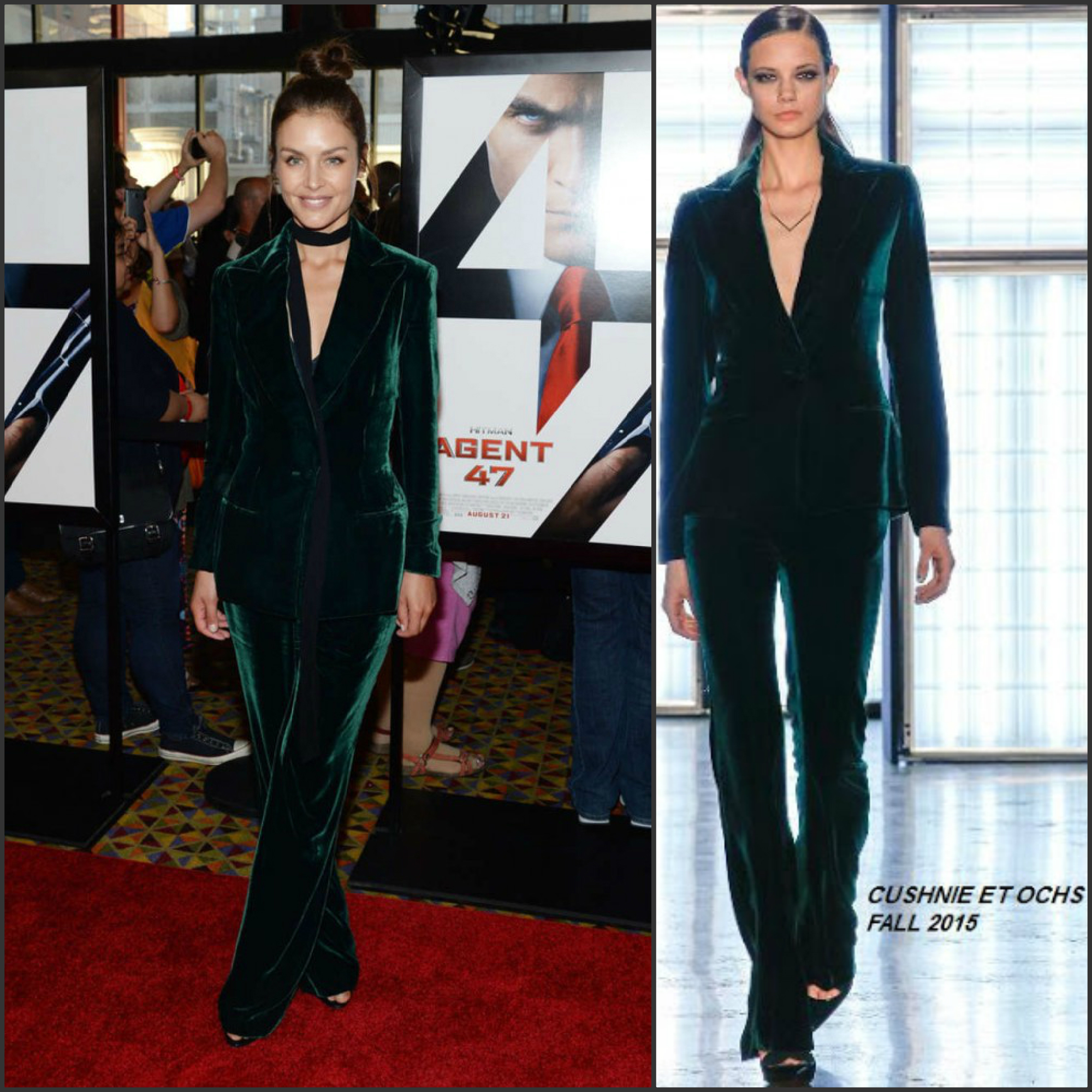 Hannah Ware attended the premiere of her new film “Hitman Agent 47″and in New York on Thursday August 13 , 2015 at the AMC Empire 25 theater in New York City. 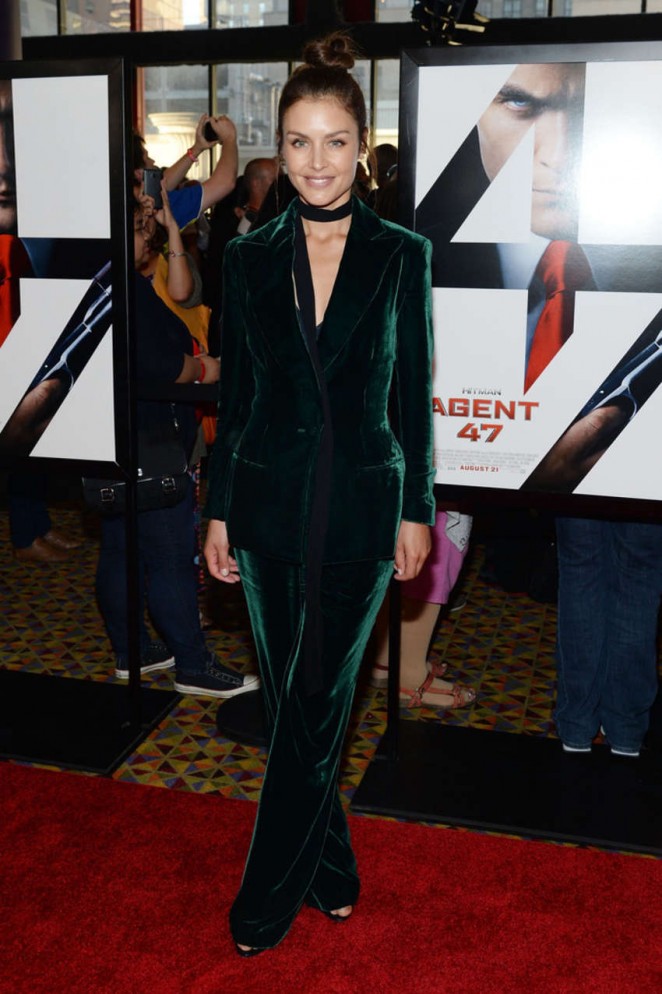 She wore a long sleeve a emerald CUSHNIE ET OCHS FALL 2015 velvet suit that has a skinny black scarf tied around her neck. 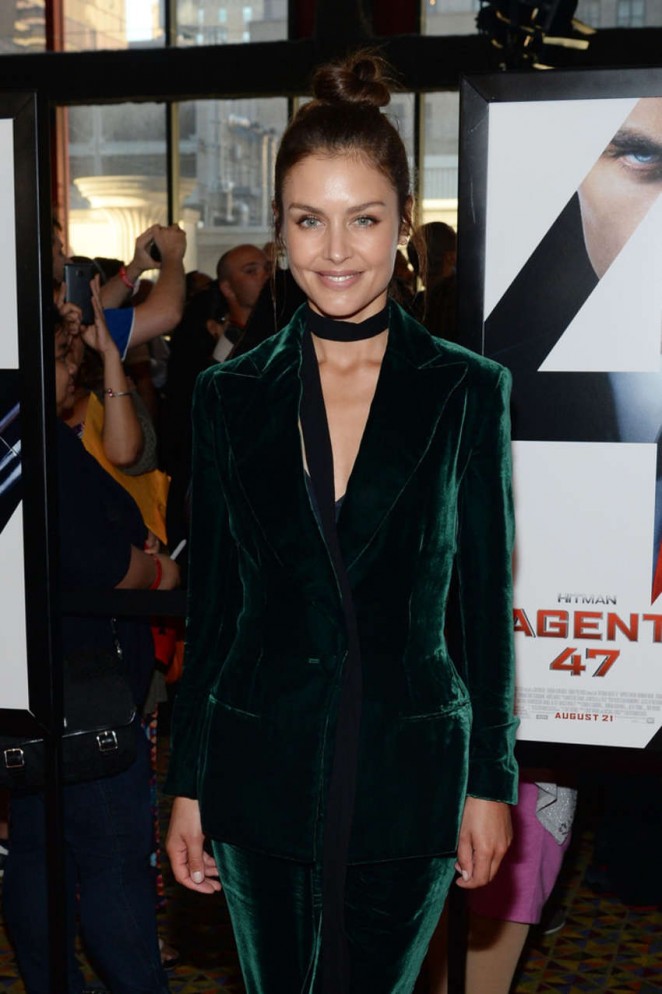 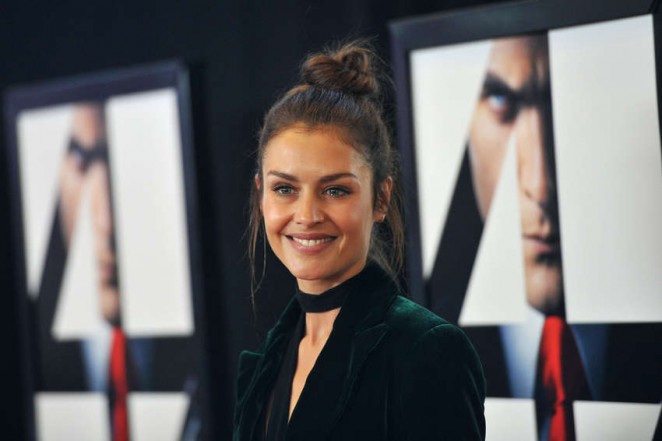 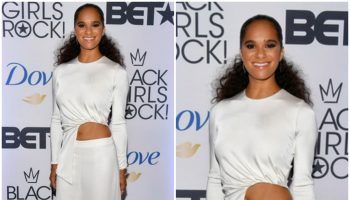 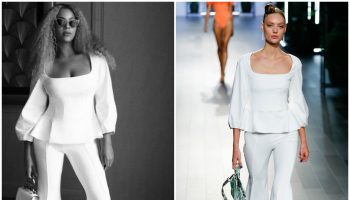 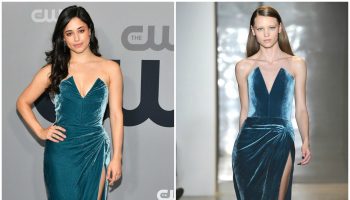 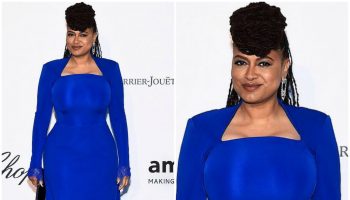 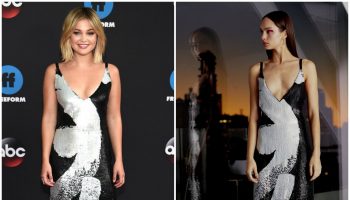