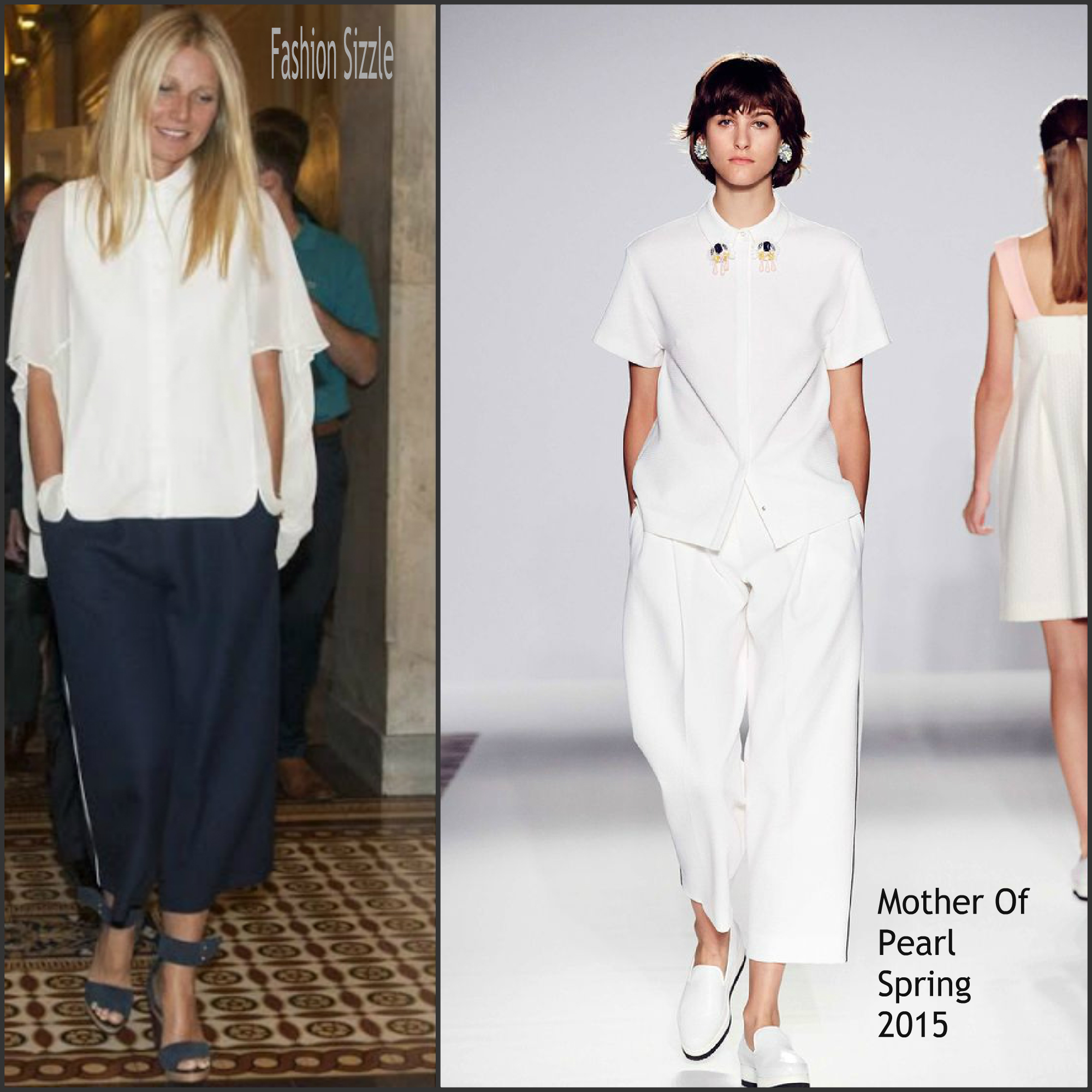 Gwyneth Paltrow  was in attendance  along with her mom at  news conference to discuss opposition to H.R. 1599 in Washington, DC. 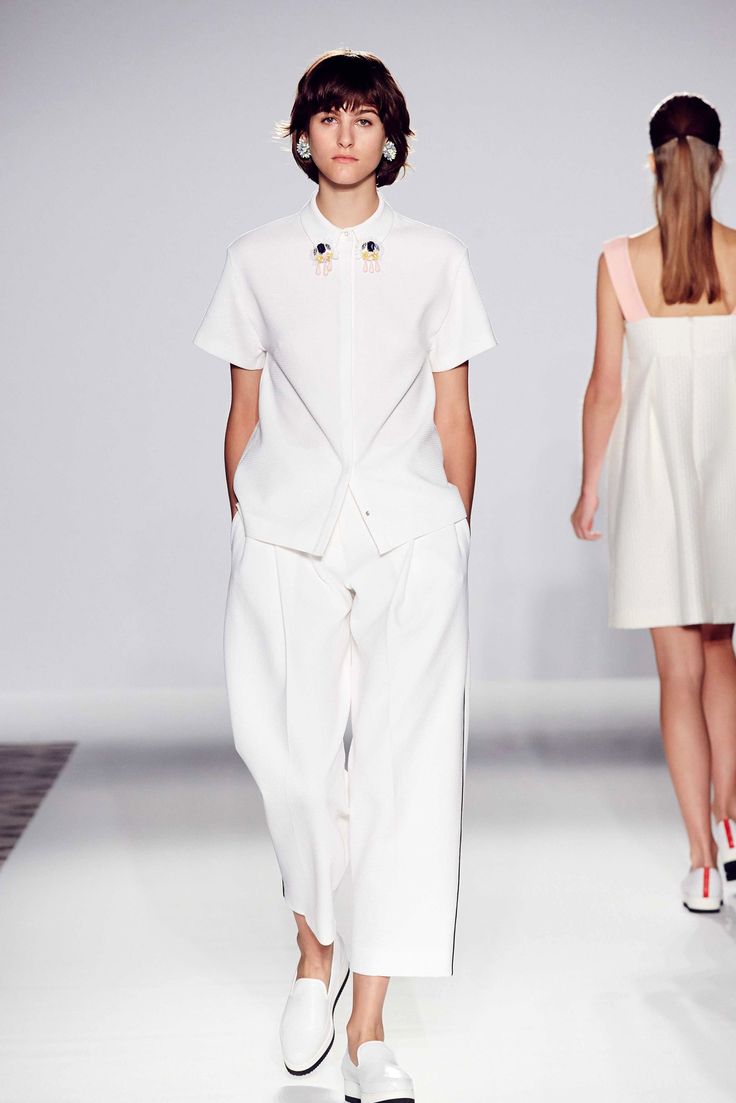 The H.R.1599, known as the “Deny Americans the Right to Know (DARK),”  would “take away the right of states to label Genetically Modified Organisms, stop the Food and Drug Administration from ever using its authority to craft a national GMO labeling standard, and add to consumer confusion by allowing ‘natural’ claims on GMO foods.”

She wore a white short sleeve blouse along with navy Mother Of Pearl Spring 2015 culottes styled with a pair of navy Pierre Hardy sandals.

Salma Hayek out and about in New York 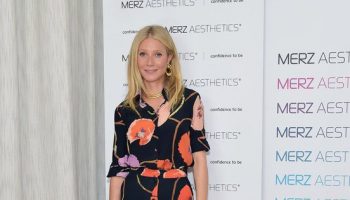 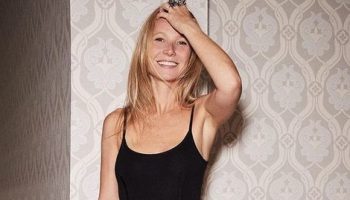 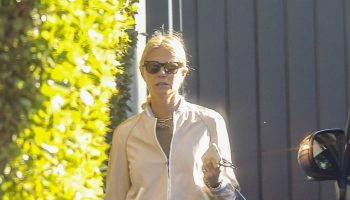 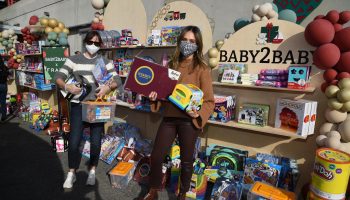 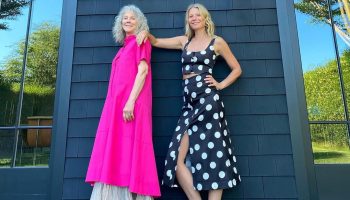