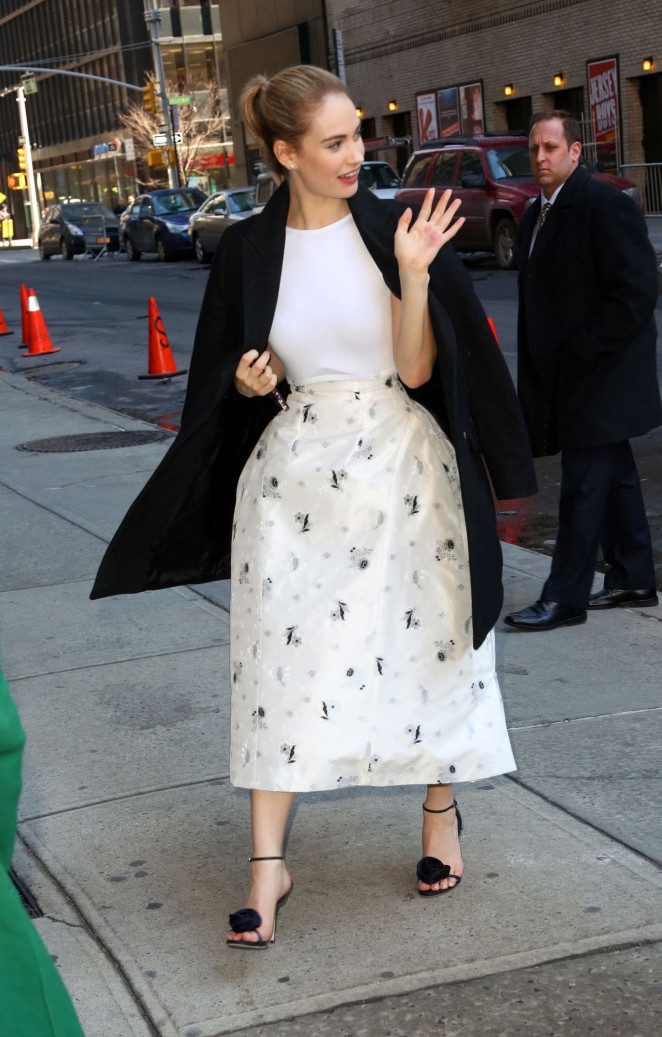 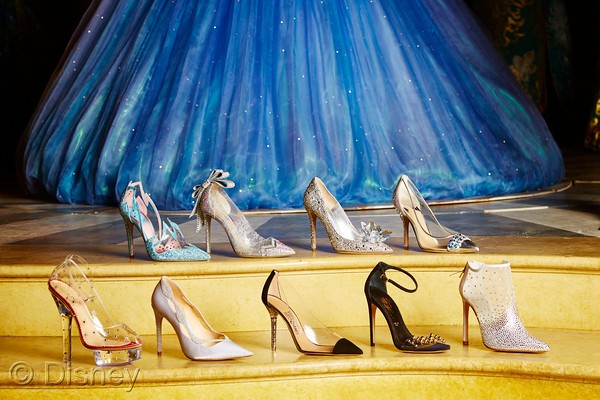 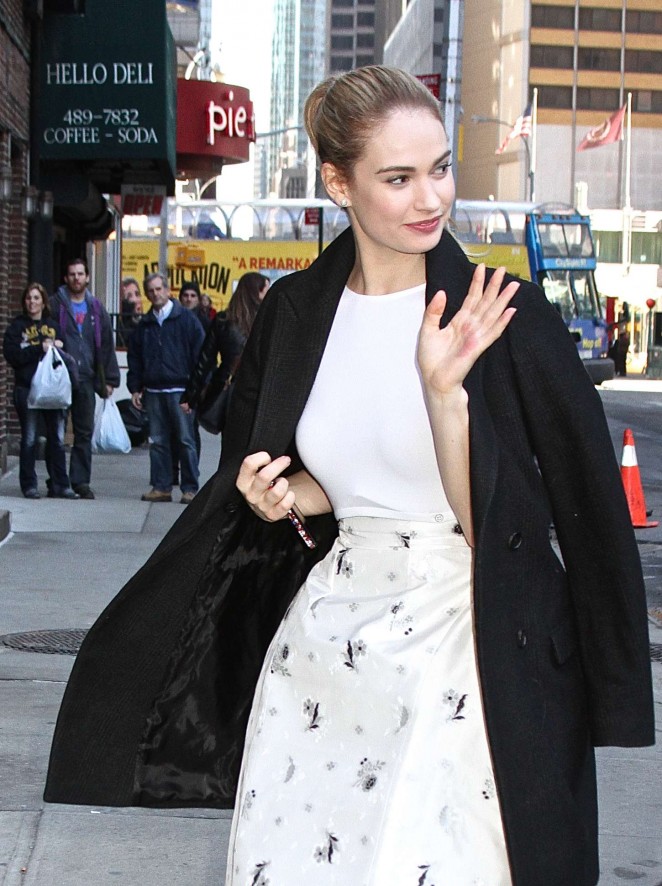 She wore a sleeveless white top and a printed Christian Dior’s Spring 2015 skirt . 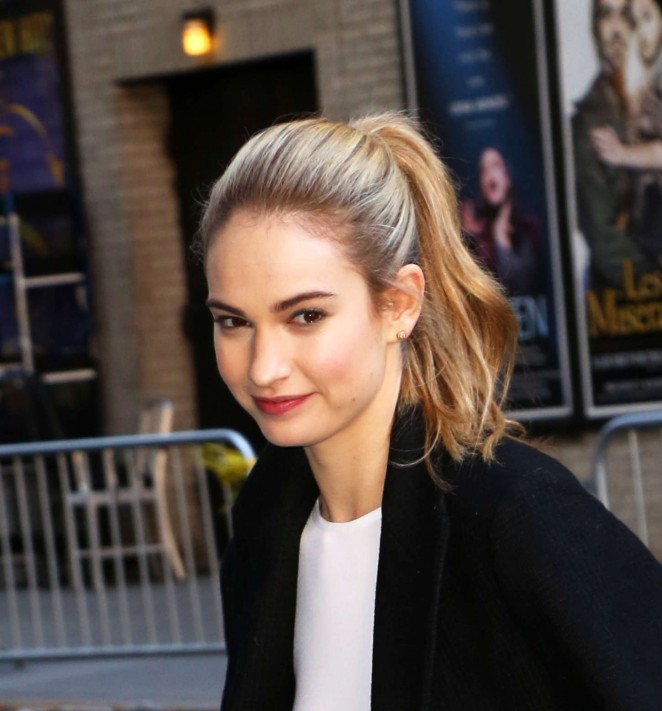 She styled her hair with a ponytail hairstyle and red lips. 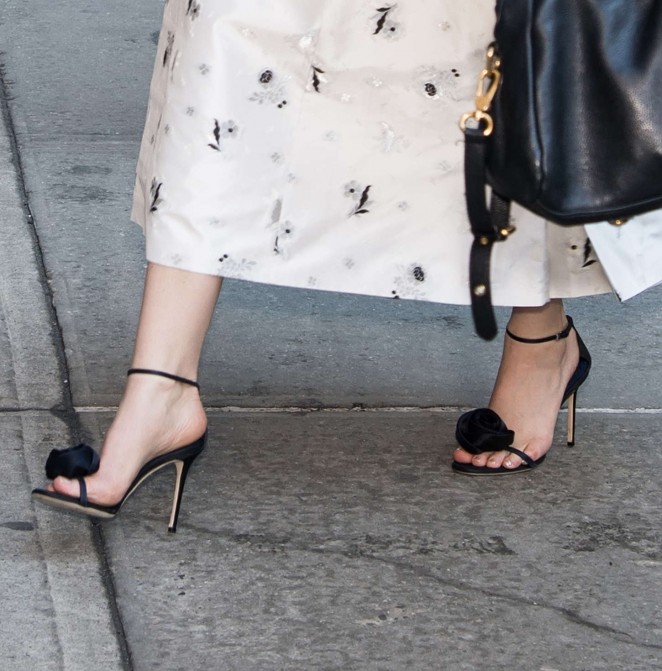 The actress styled her look with a pair of black Roger Vivier petal sandals. 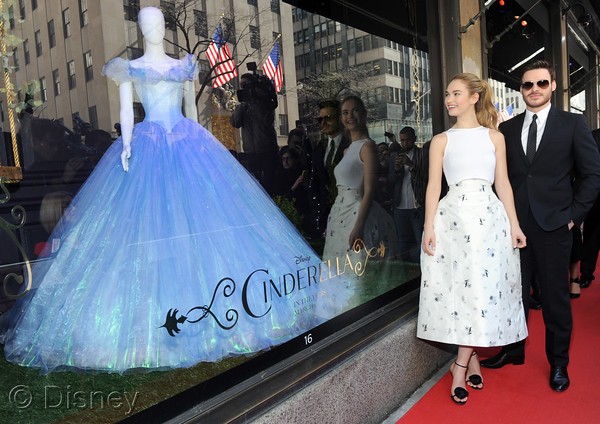 Lily James and Richard Madden, the stars of Disney’s film “Cinderella look in admiration of the Disney-curated collection of nine luxury designer shoes of the iconic glass slipper from the film at 10022-SHOE, Saks Fifth Avenue’s dedicated shoe zip code, Monday, March 9, 2015, in New York. The shoes are for sale exclusively at Saks in the U.S. 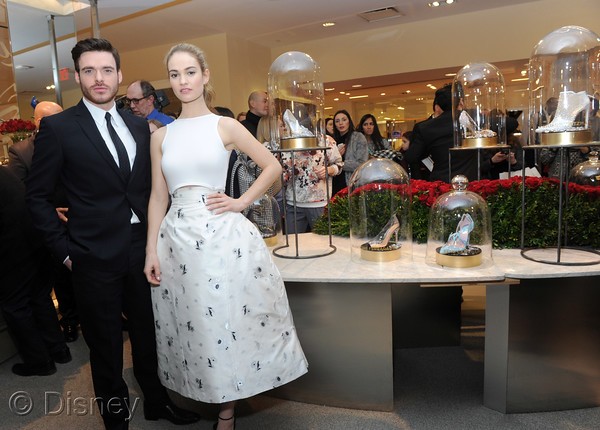 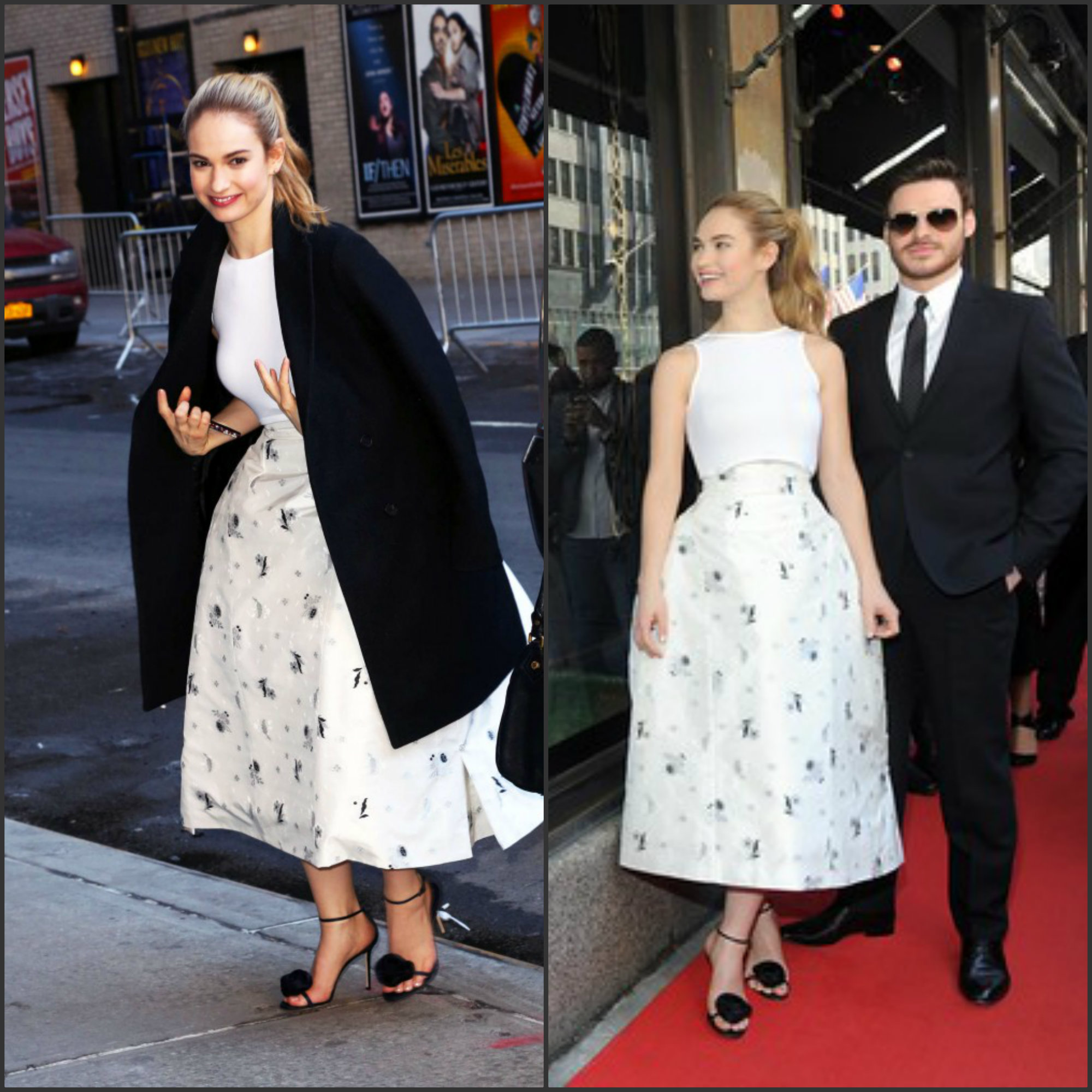 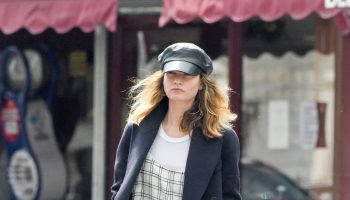 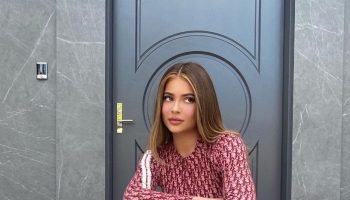 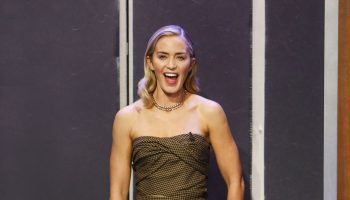 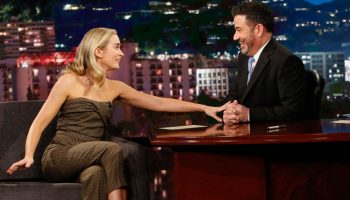 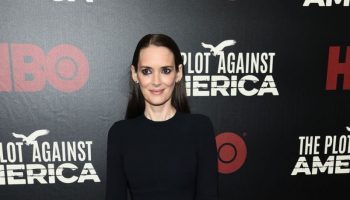