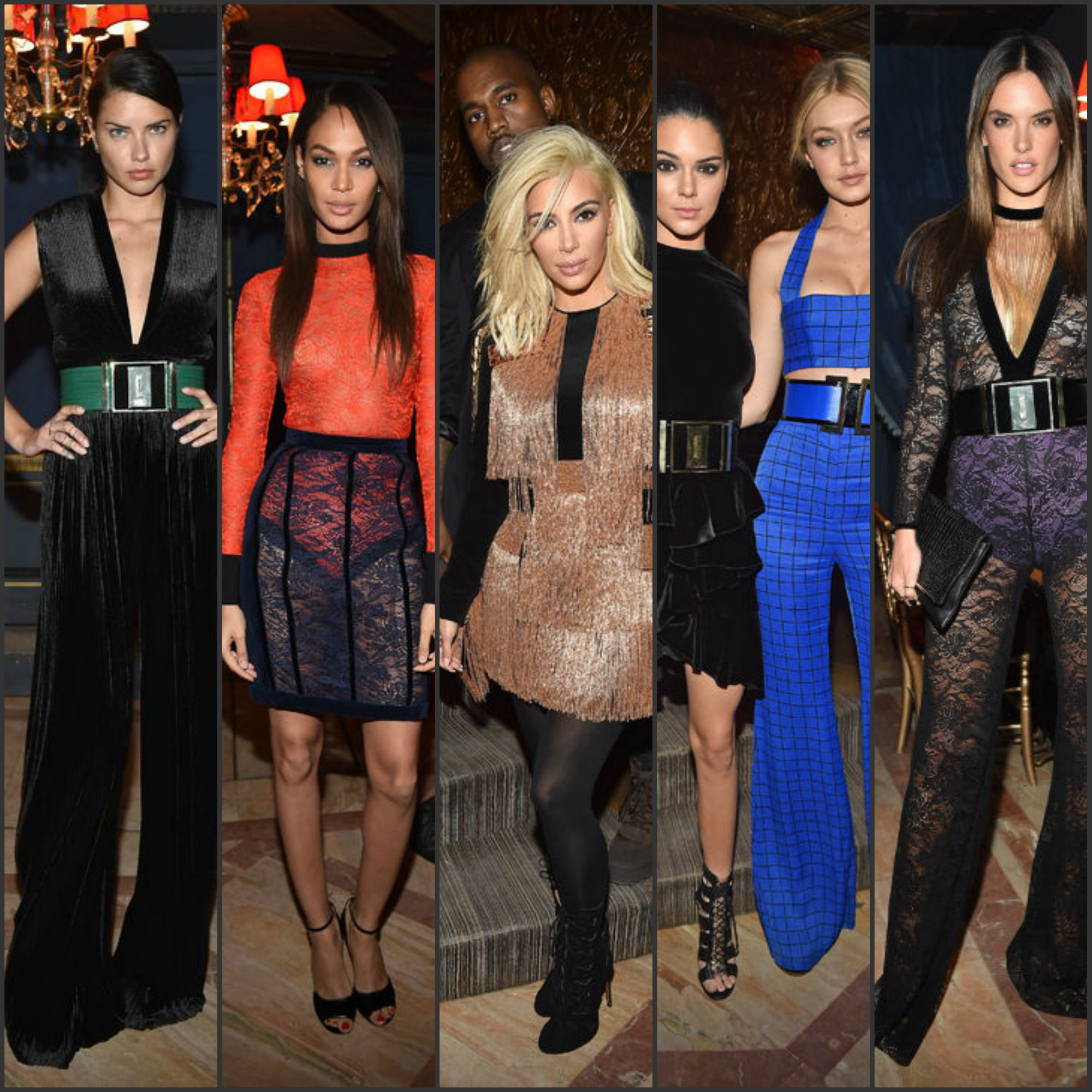 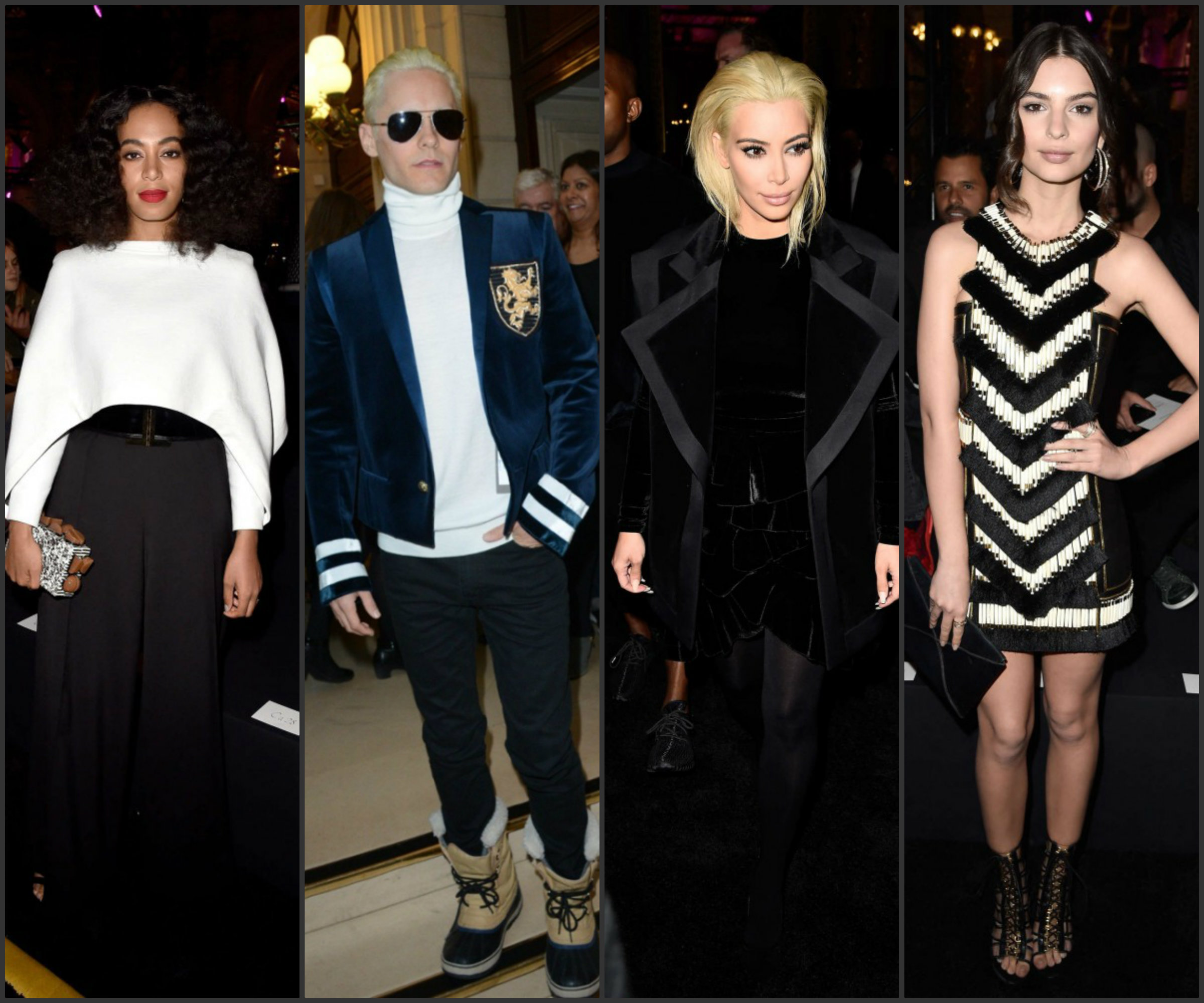 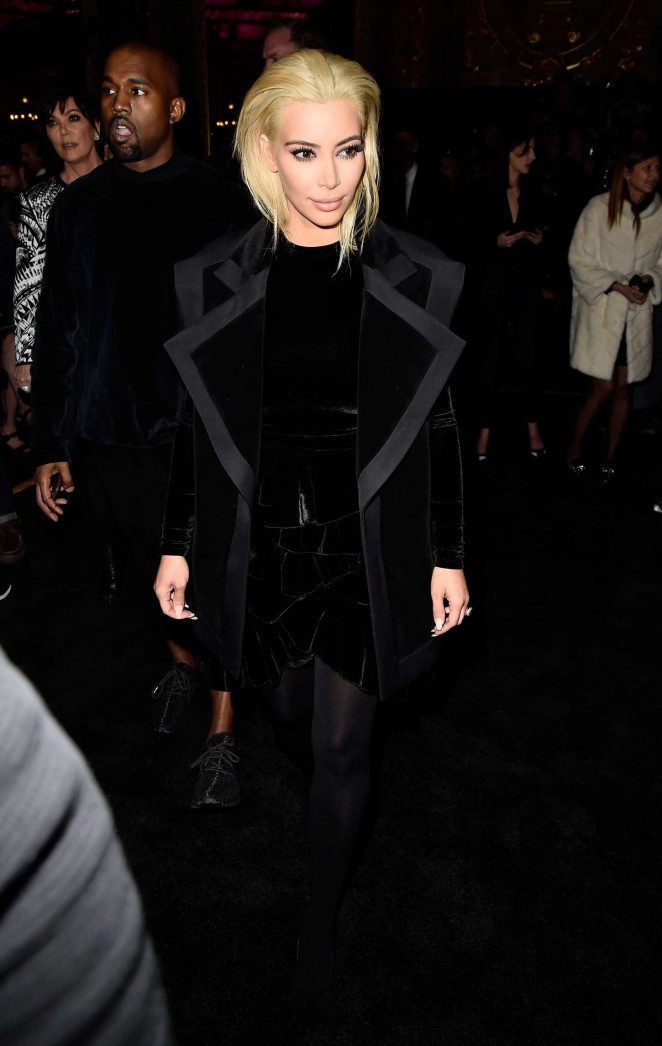 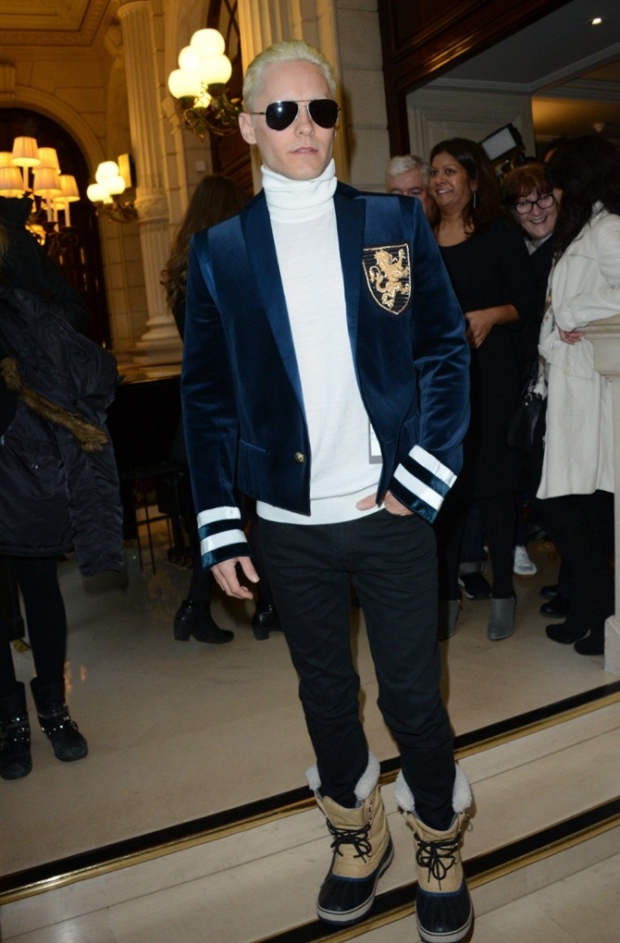 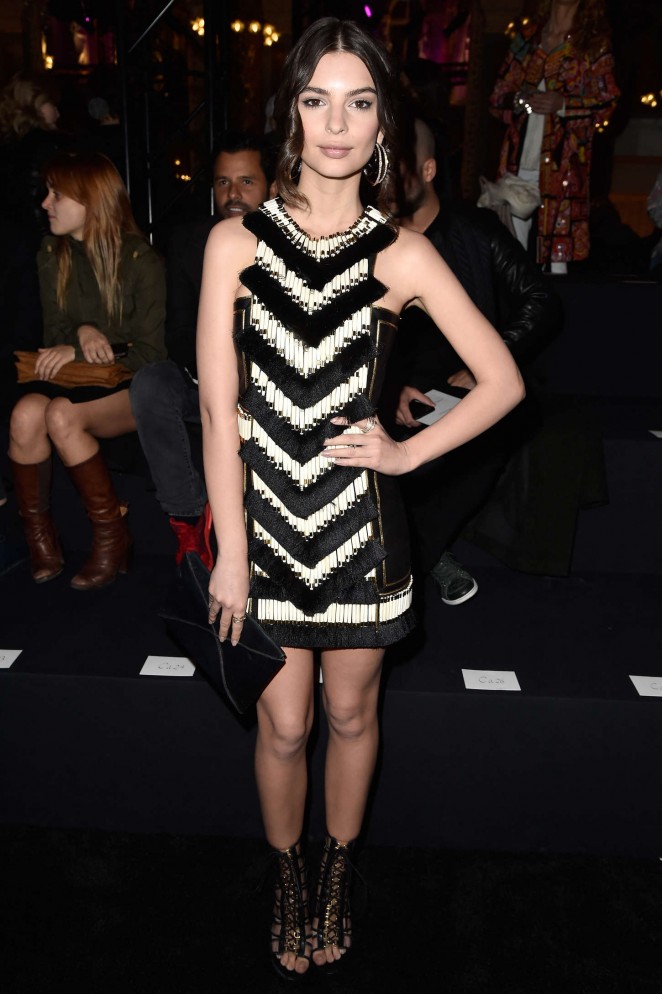 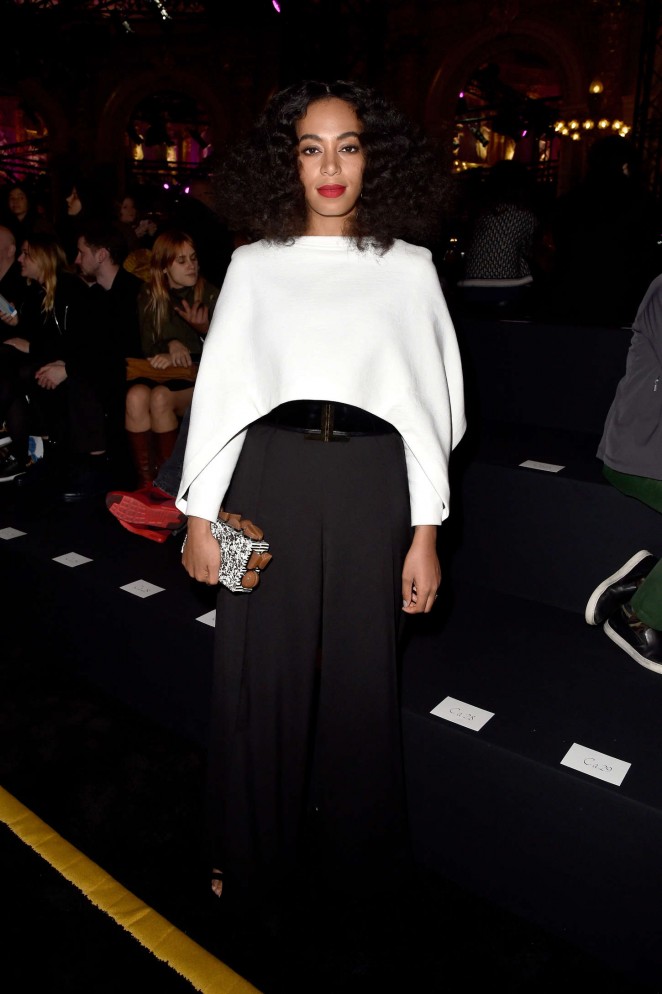 Solange Knowles in a black and white design 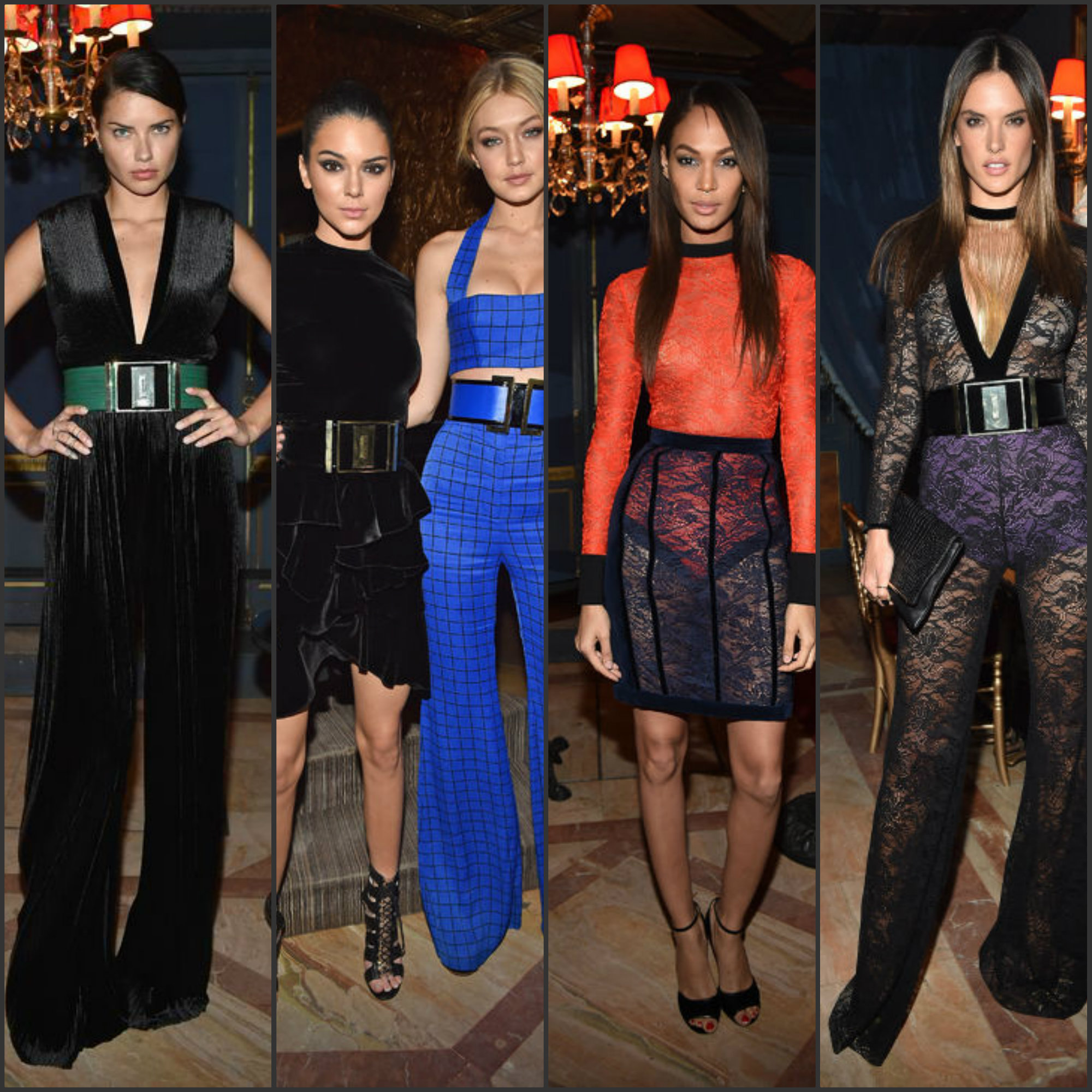 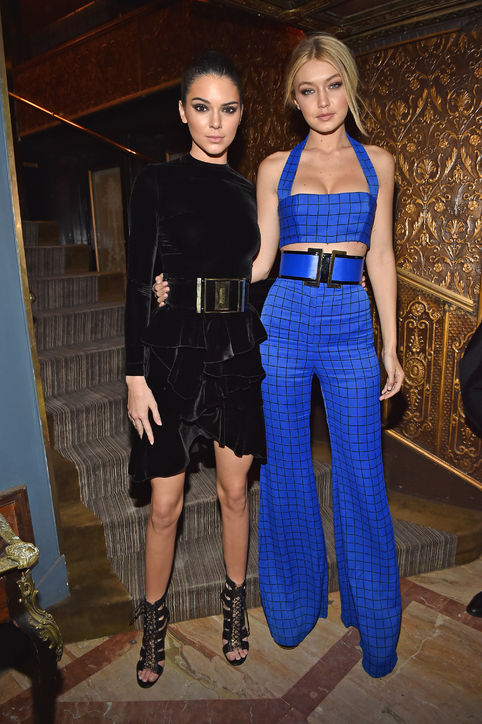 Kendall Jenner in a black velvet Balmain dress that has ruffles. Gigi Hadid in a blue Spring 2015 jumpsuit 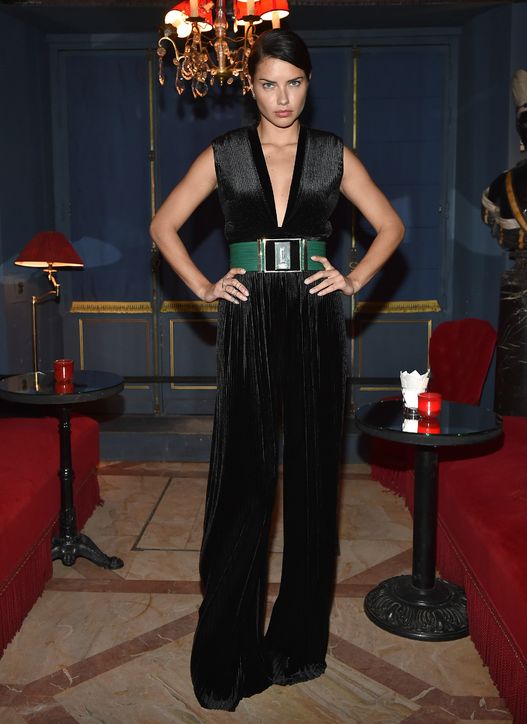 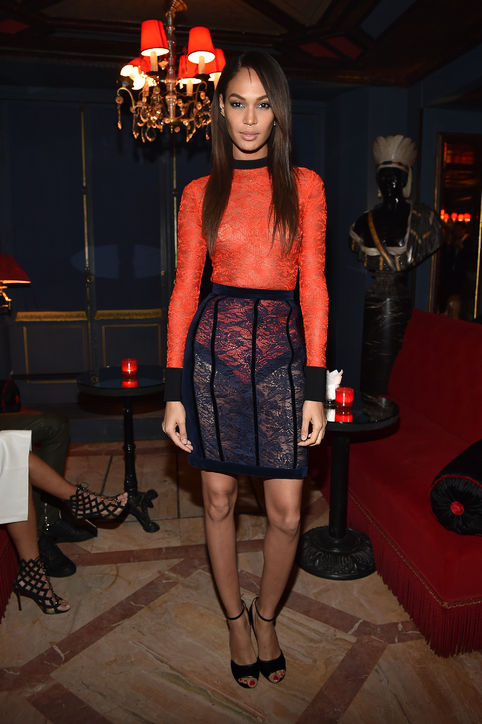 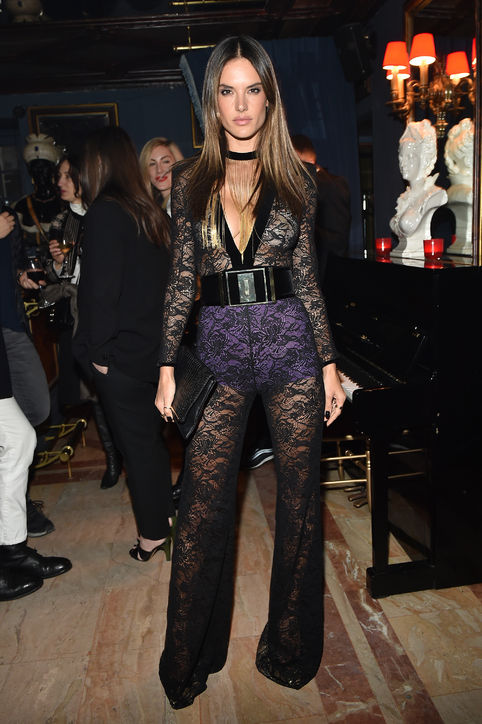 Alessandra Ambrosio in a black lace jumpsuit paired with purple high waist undies along with a black belt and clutch. 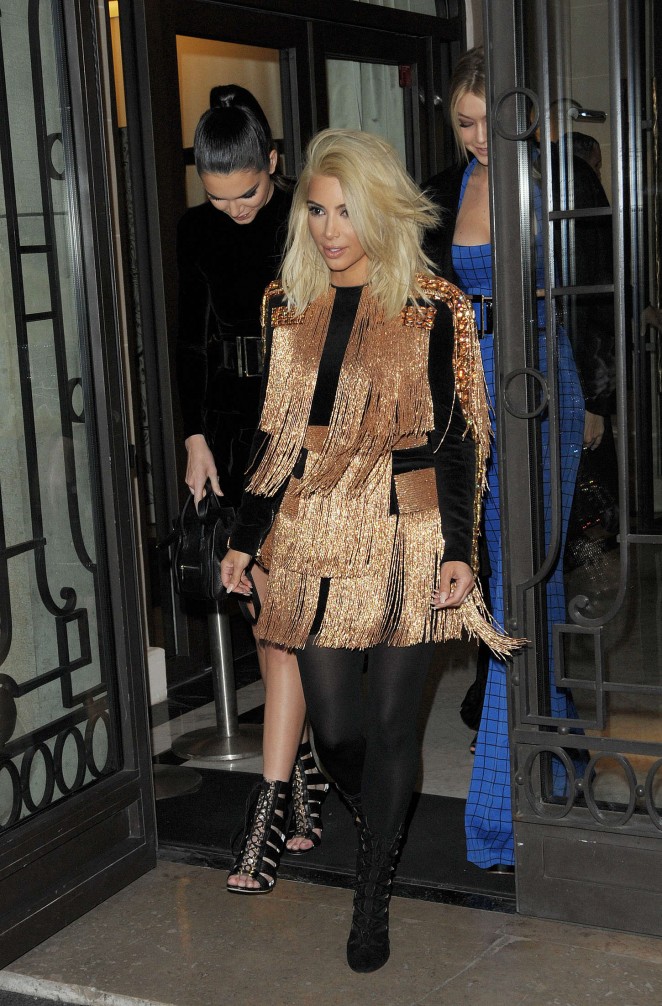 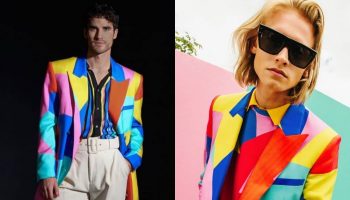 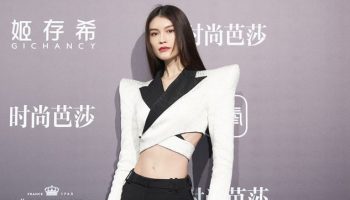 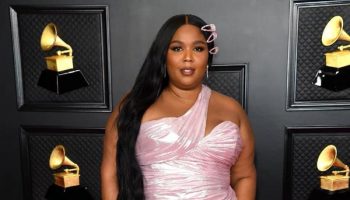 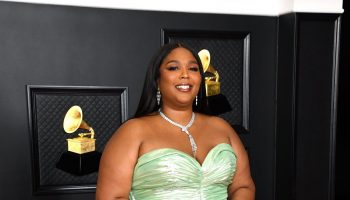 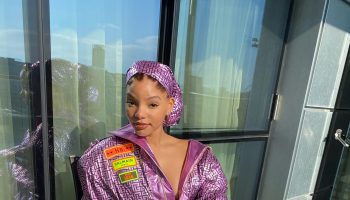