Laura Dern In Alberta Ferretti at the 2015 Oscars 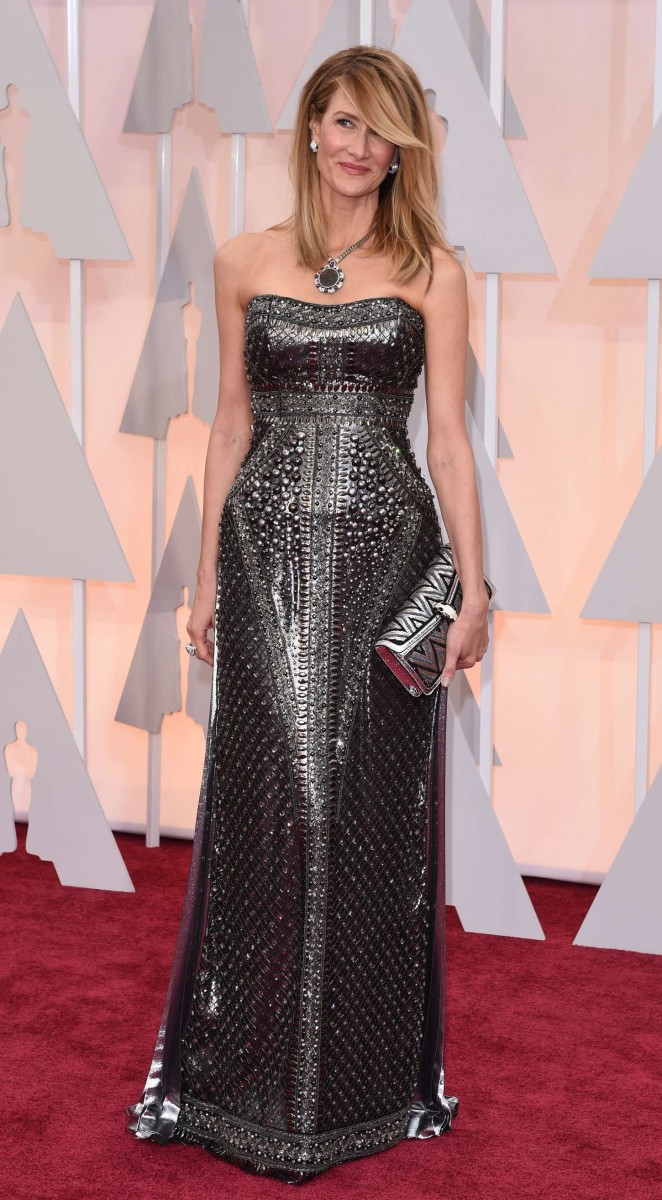 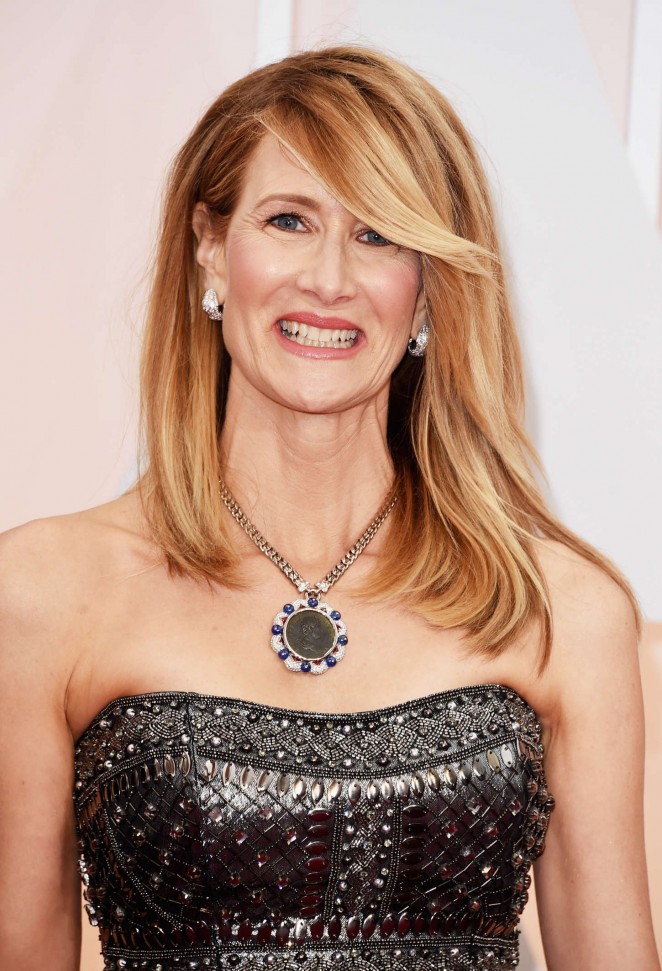 She wore a strapless metallic gown by Alberta Ferretti gown . 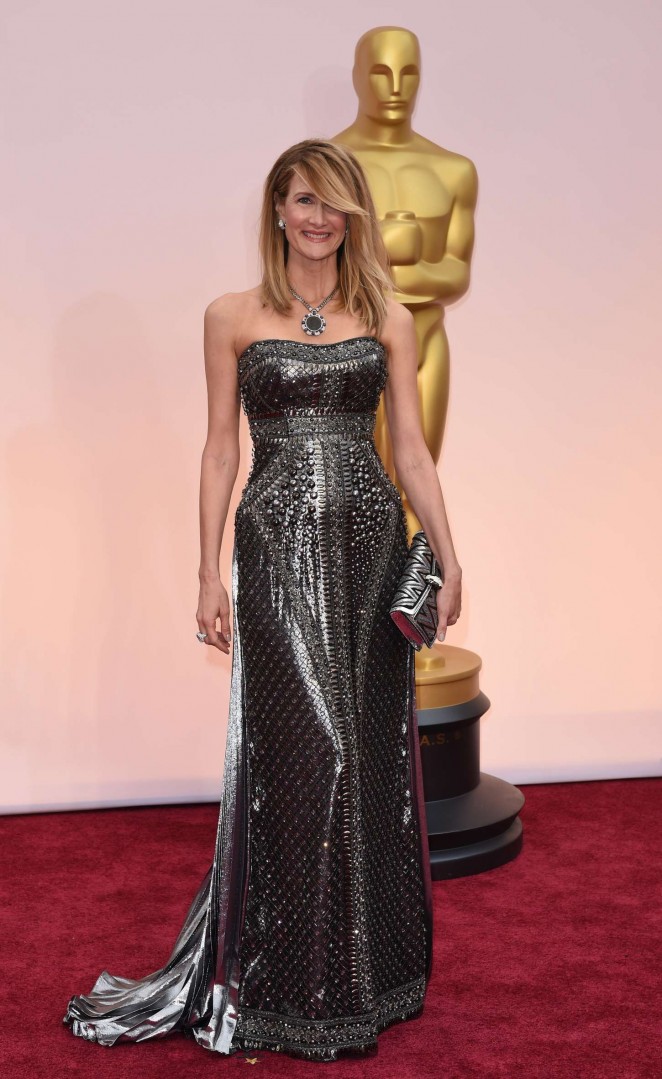 She styled her look with a black and silver clutch along with Bulgari jewelry such as a medallion necklace, earrings, and a turquoise ring which was designed in honor of the character she played in her Oscar-nominated film.

Kerry Washington In Miu Miu at the 2015 Oscars

Gwyneth Paltrow In Ralph & Russo Couture at the 2015 Oscars 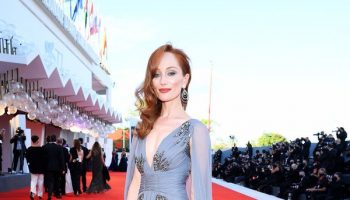 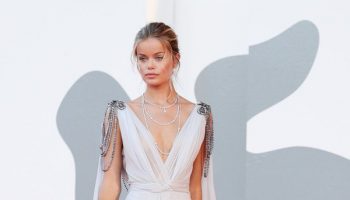 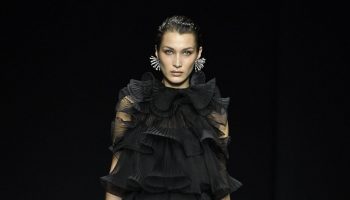 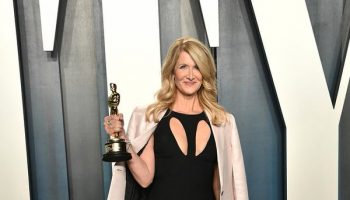 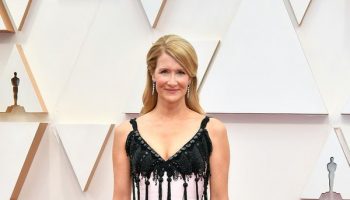