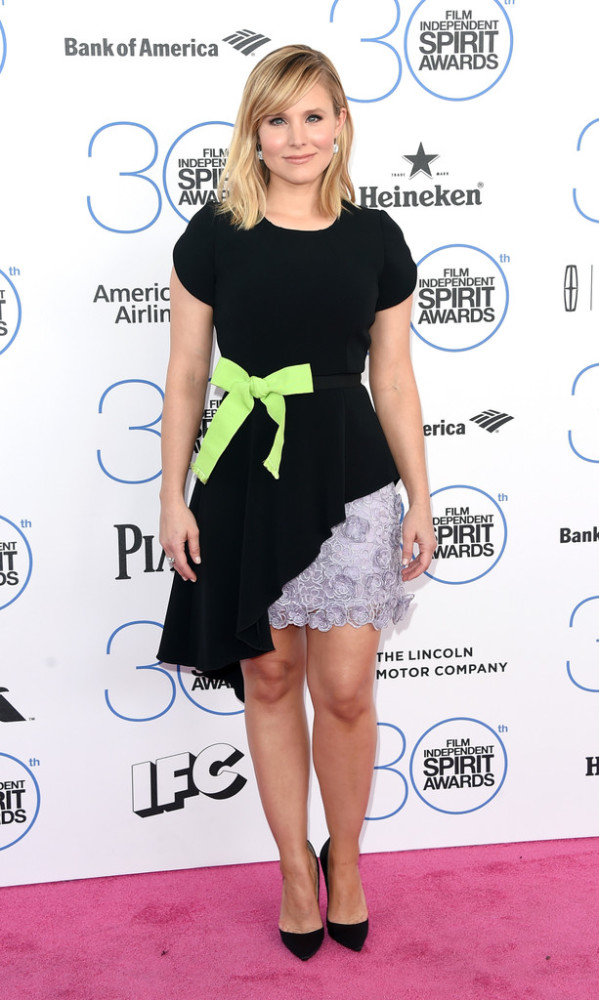 Kristen Bell was in attendance at the 2015 Film Independent Spirit Awards on Saturday , hosted at Santa Monica Beach in Santa Monica, California on Saturday February 21,2015. 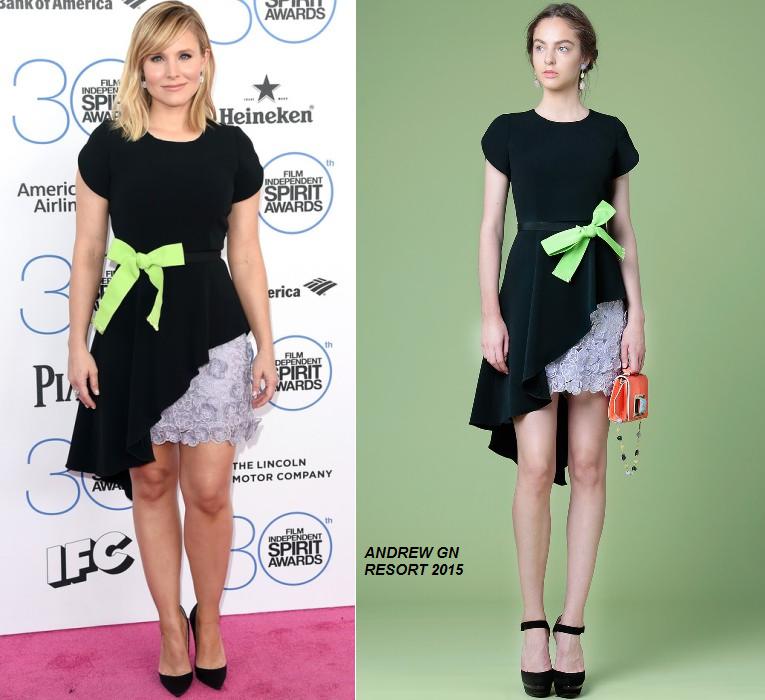 The actress wore a short sleeve black Andrew Gn Resort 2015 dress that has a lime green bow detail at the waist and lavender floral appliques attached to an asymmetrical hemline. 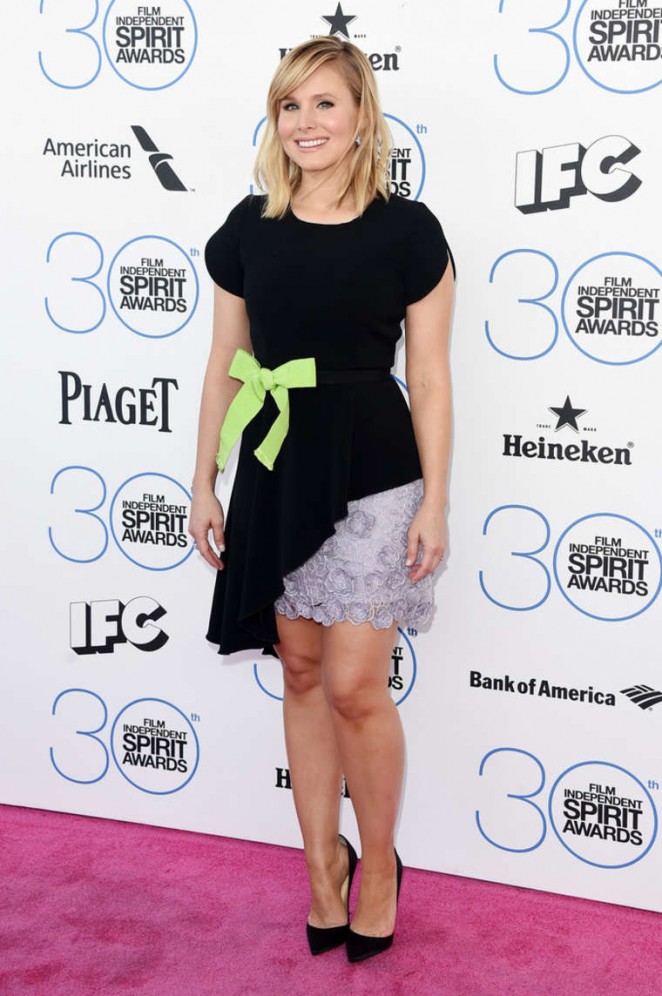 She styled her look with black pumps. 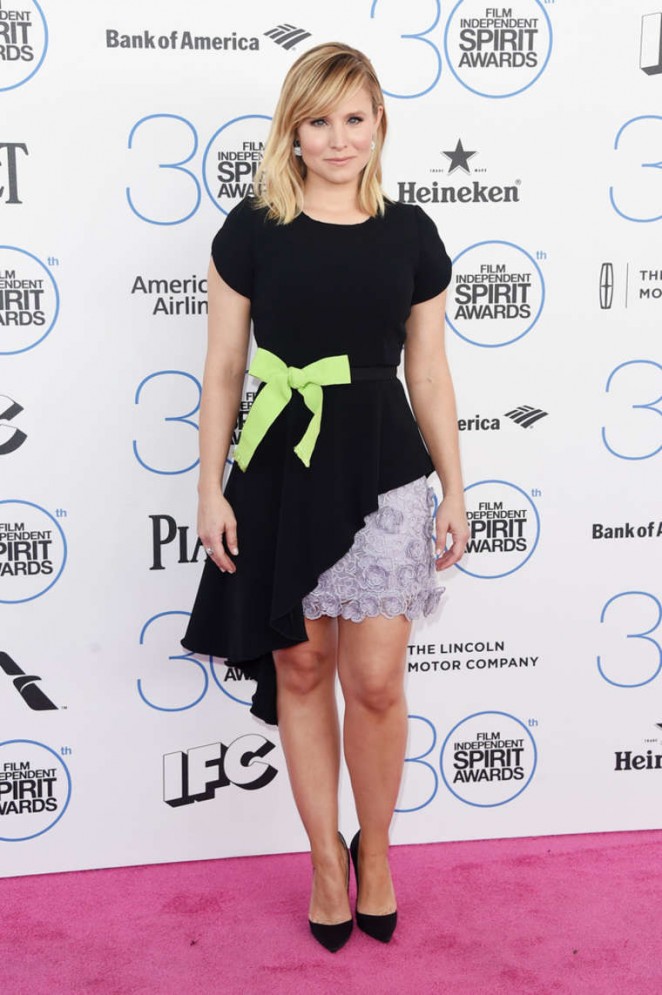 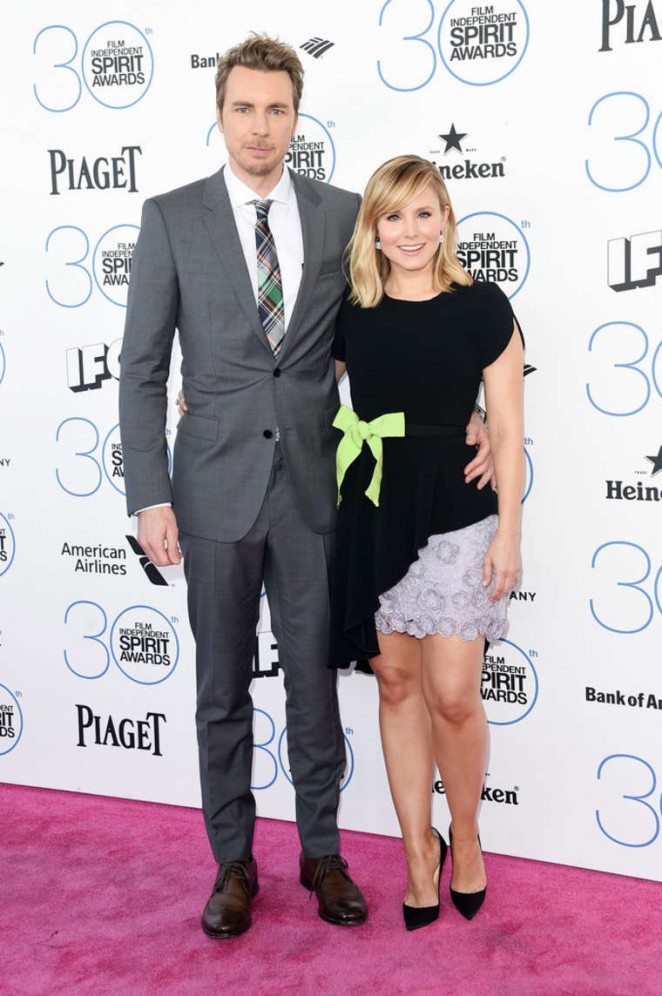 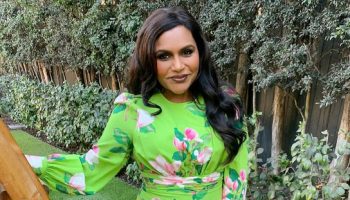 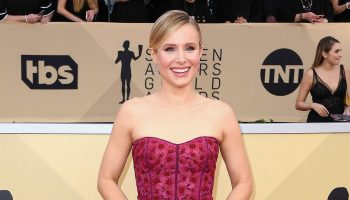 Kristen Bell Will No Longer Voice Molly On #CentralPark : A Black actress Will Be Recast As Molly 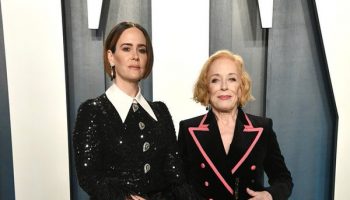 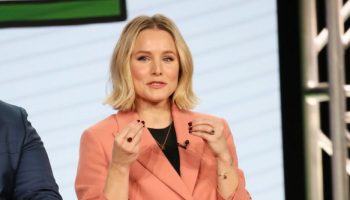 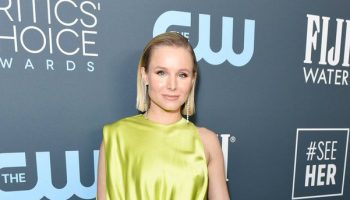