Kristen Stewart In Chanel Couture at the 2015 César Film Awards 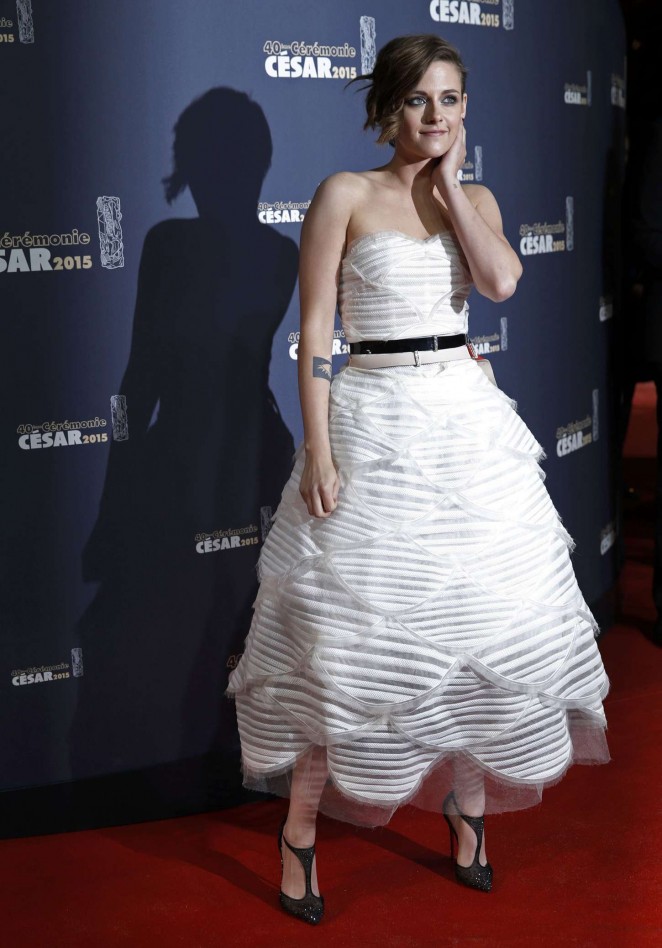 Kristen Stewart was in attendance at the 40th Cesar Film Awards held at the Theatre du Chatelet in Paris France, on Friday February 20 , 2015 with her becoming the 1st.
American actress to win a Cesar award for the best supporting actress gong for ‘Clouds of Sils Maria’. 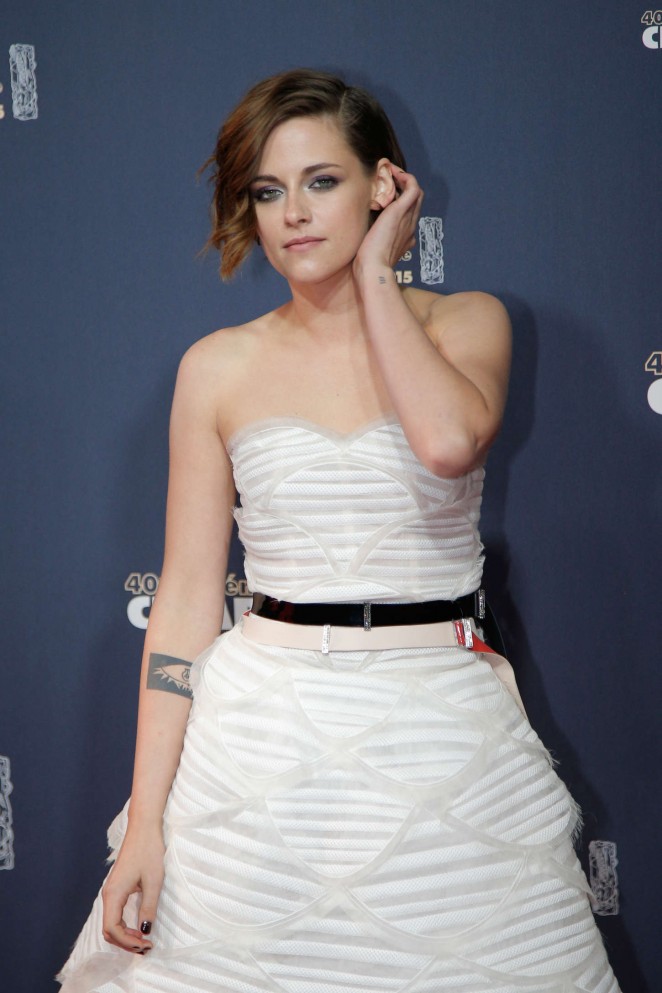 The face of Chanel Spring 2015 Couture wore an embroidered white strapless dress that has white silk petals along with a light pink and black belt . 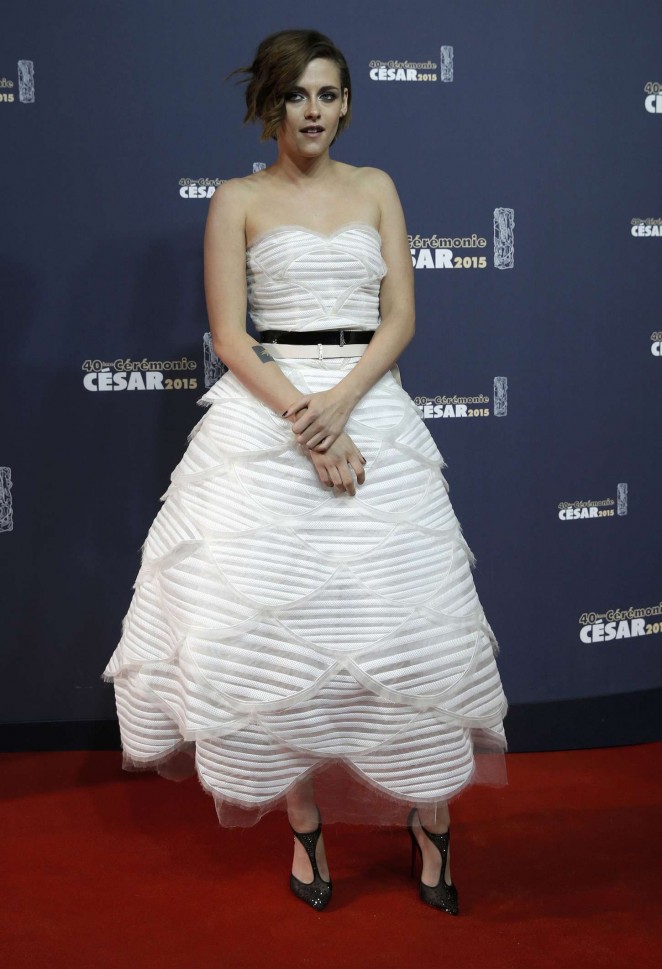 She styled her look with a pair of black Christian Louboutin ‘ Salopatina’ heels. 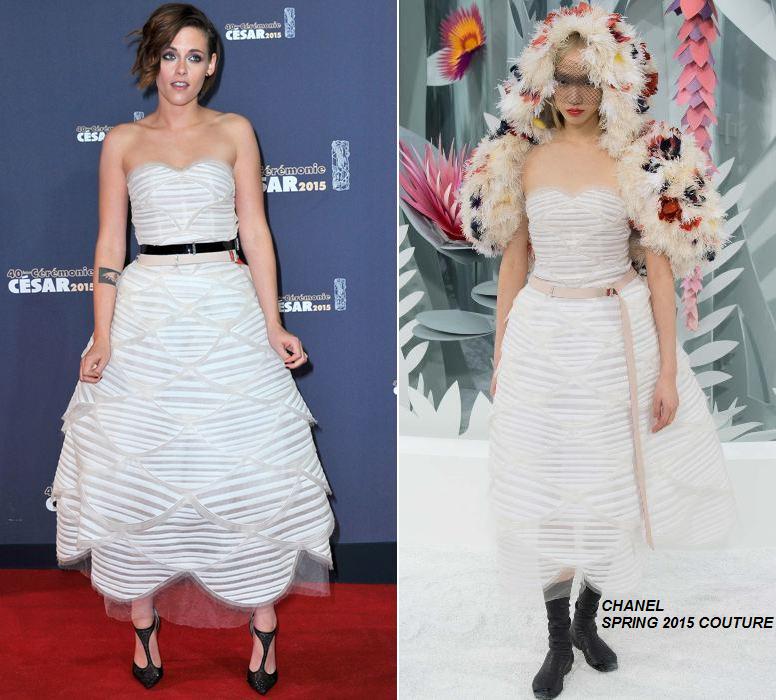 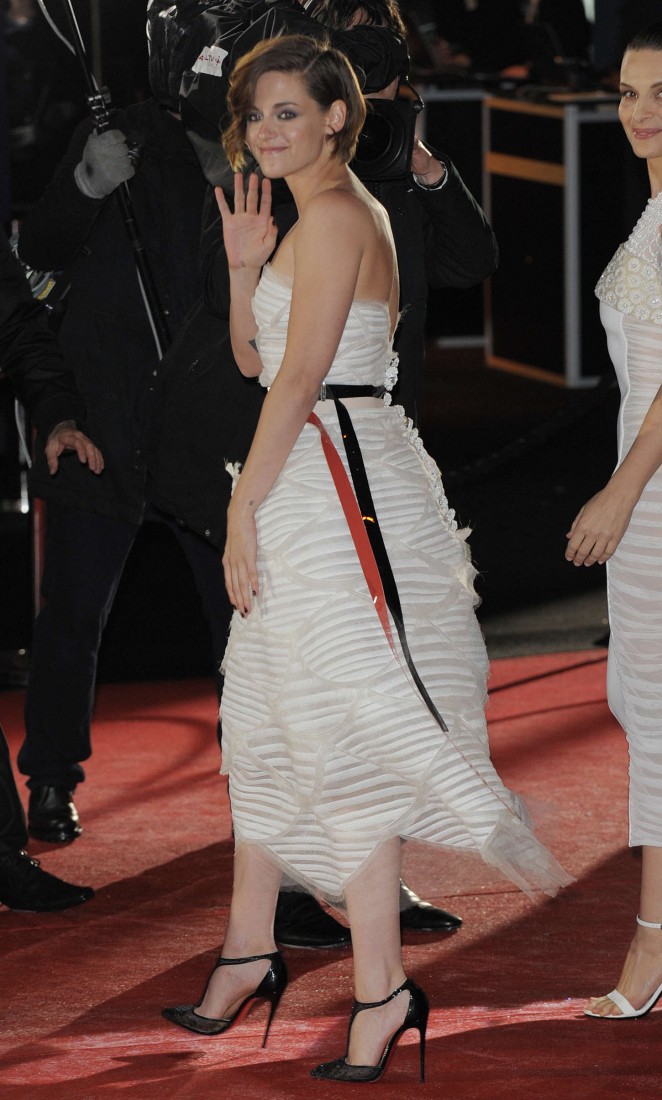 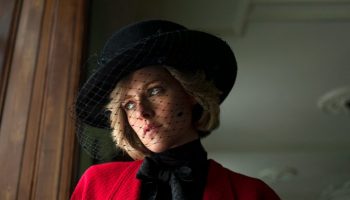 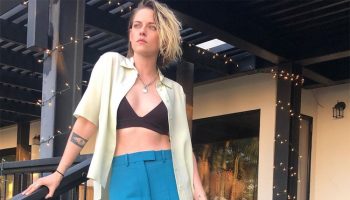 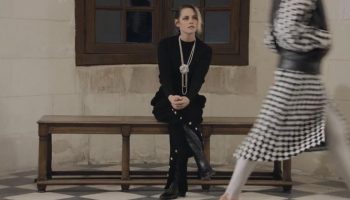 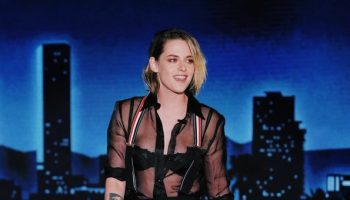 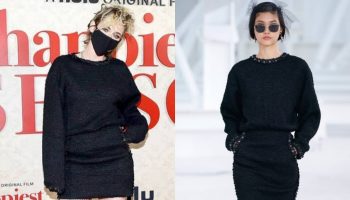