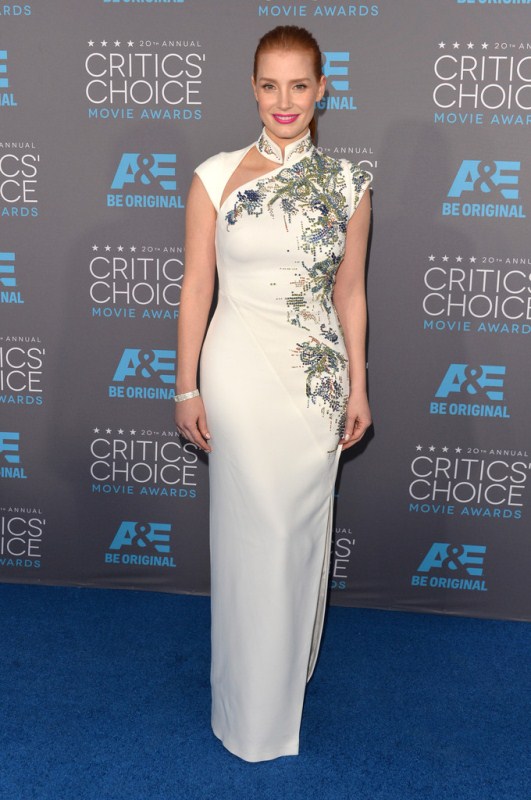 Jessica Chastain was in attendance on the blue carpet at the 20th annual Critics’ Choice Movie Awards at the Hollywood Palladium in LA on January 15, 2015. The actress received the first ever ‘MVP’ award at the ceremony. 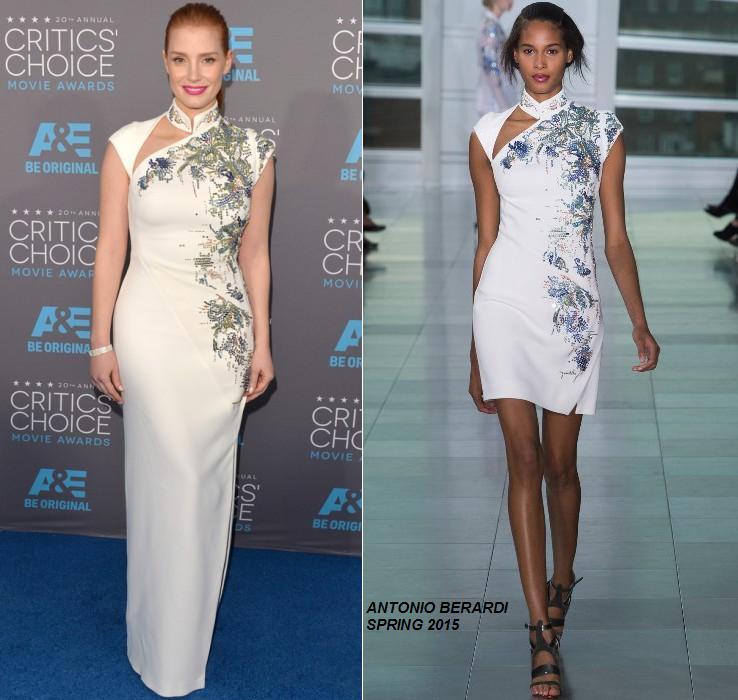 She wore a cap sleeve Anotnio Berardi Spring 2015 beaded panel gown that has a mandarin, neckline , a cut-out detail  by the shoulder ,along with a side split. 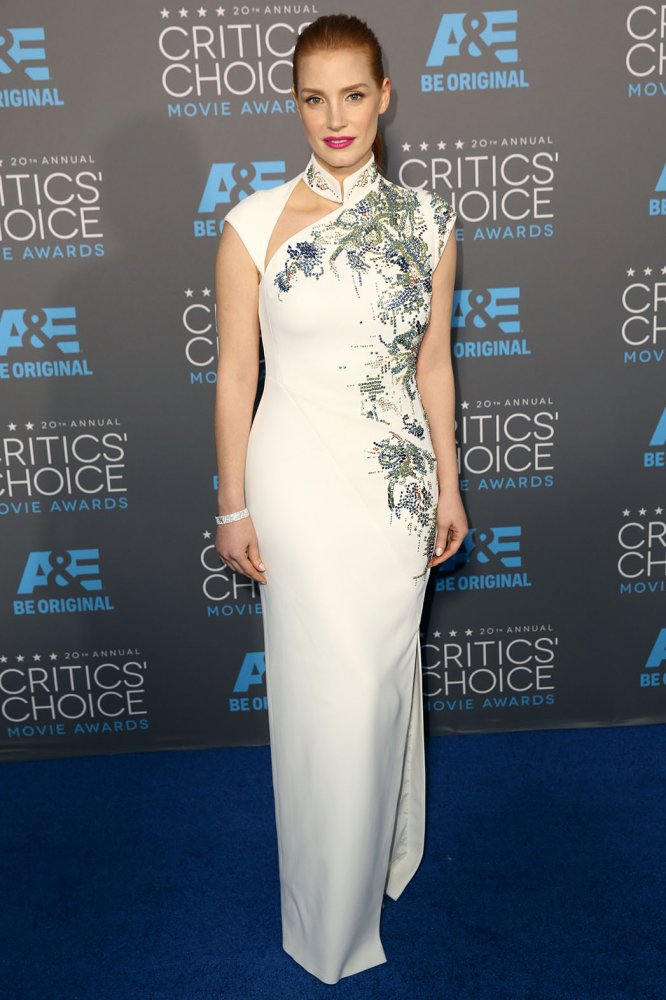 She styled her look with a pair of Charlotte Olympia shoes , a pulled back double ponytail & braided hairstyle. along with Piaget jewels and fuchsia lips. 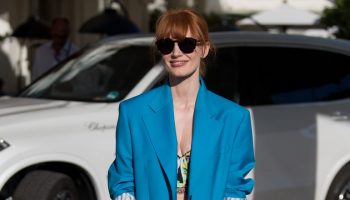 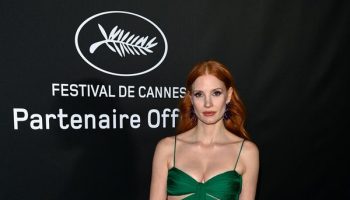 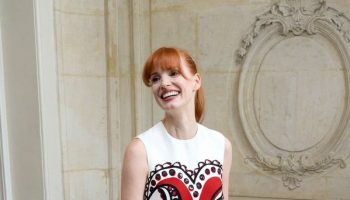 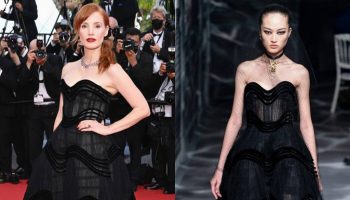 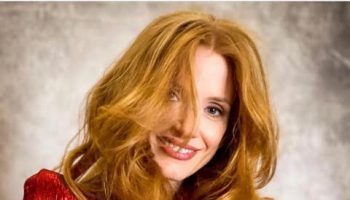