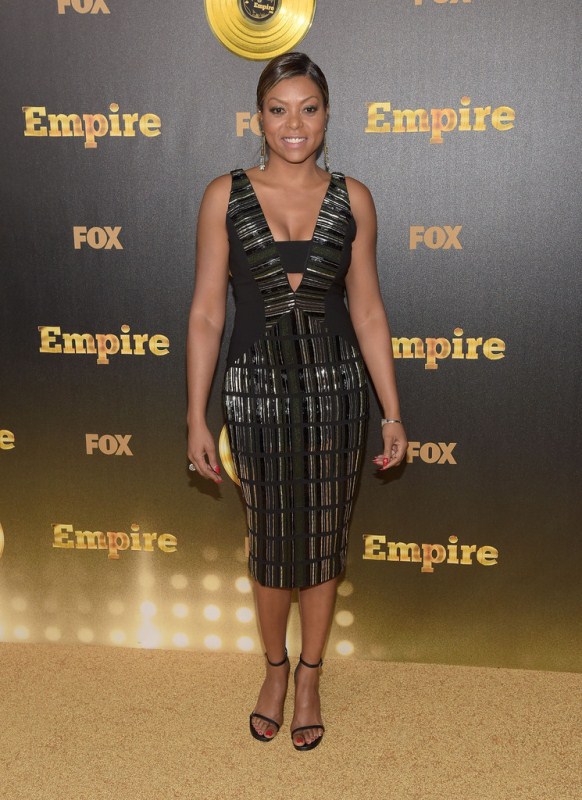 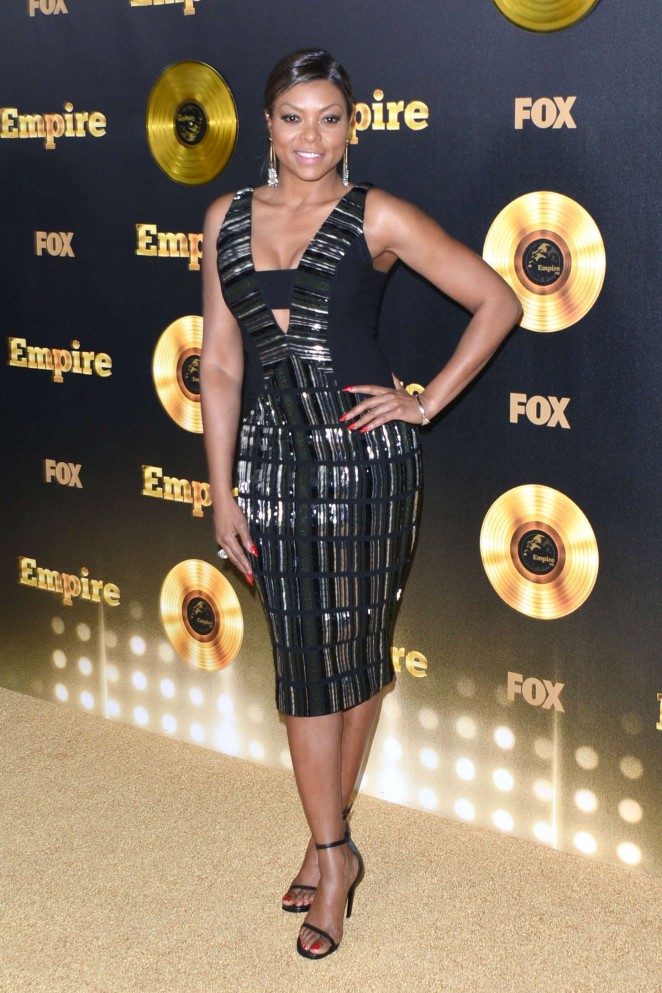 She wore a black and silver metallic Bibhu Mohapatra Fall 2014 beaded dress that has deep V-neckine . 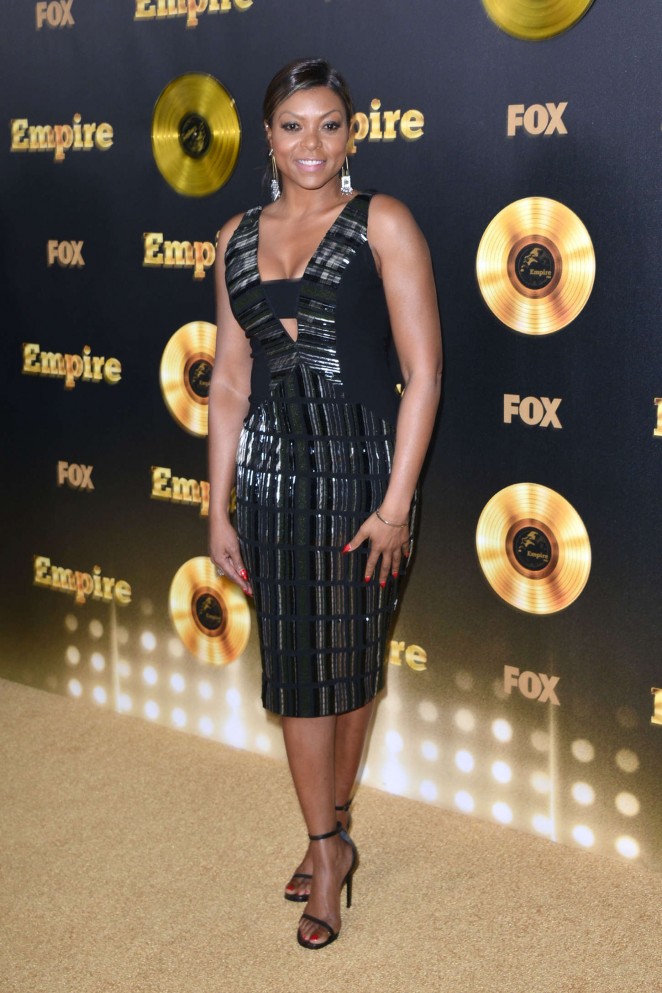 She styled her look with a pair of black Stuart Weiztman ‘Nudist’ sandals. 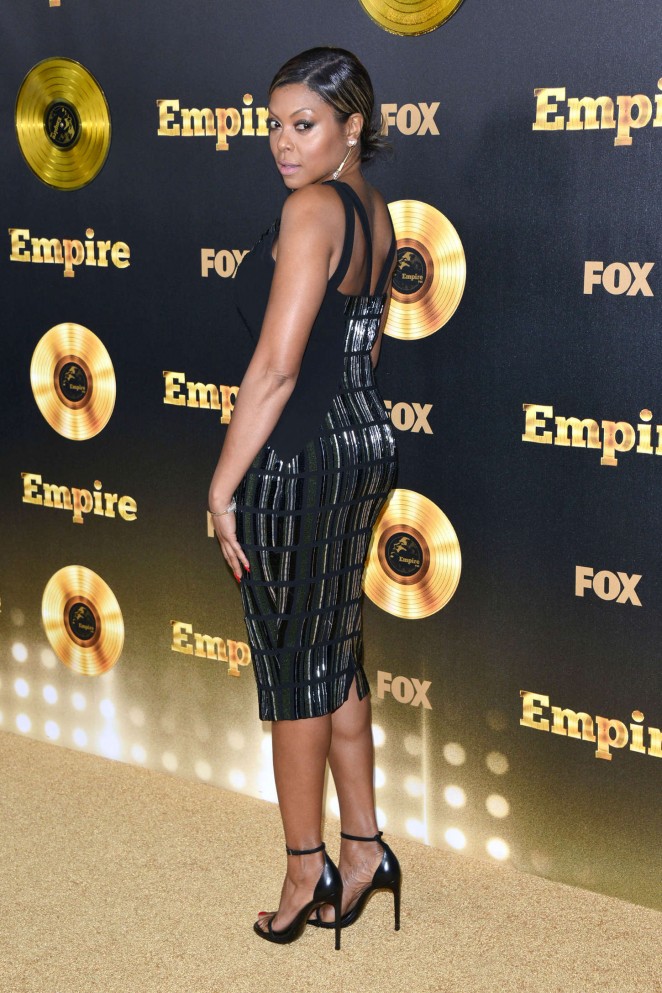 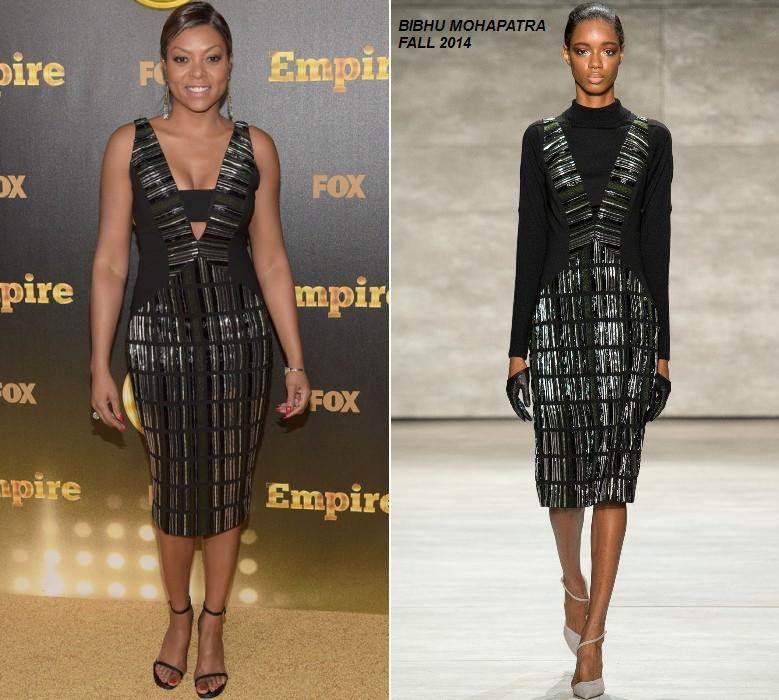 The Empire star’s dress was altered from the look presented on the runway that had a black long sleeve turtle neck . For the premiere the dress added a black bandeau across the bustline.

She wore her hair with a side parted bun, along with a pair of drop safety pin earrings and a a statement ring & bracelet . 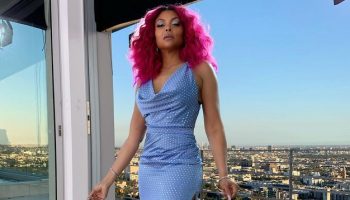 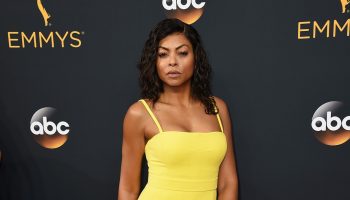 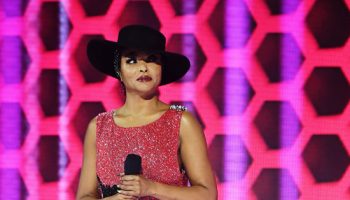 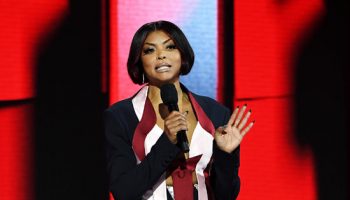 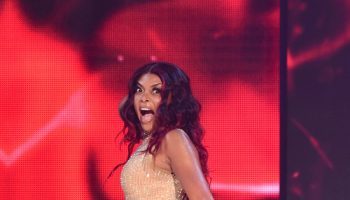