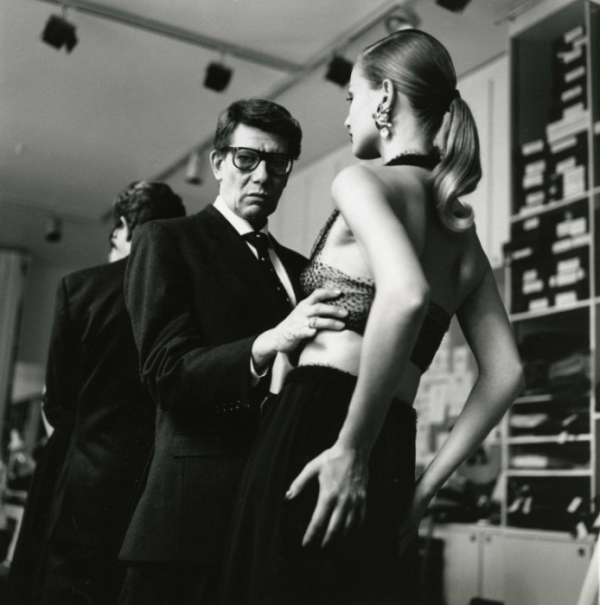 Caroline Rennolds Milbank wrote, “The most consistently celebrated and influential designer of the past twenty-five years, Yves Saint Laurent can be credited with both spurring the couture’s rise from its sixties ashes and with finally rendering ready-to-wear reputable.

” He is also credited with having introduced the tuxedo suit for women and was known for his use of non-European cultural references, and non-White models. Three documentaries have been made about Saint Laurent’s life: David Teboul’s “Yves Saint Laurent: His Life and Times” (2002), “Yves Saint Laurent: 5 Avenue Marceau 75116 Paris” (2002) and Pierre Thoretton’s “L’Amour Fou” (2009).

In 1953, Saint Laurent submitted three sketches to a contest for young fashion designers, organized by the International Wool Secretariat. He won first place and was invited to attend the awards ceremony in Paris, in December of that year.[ ]

While he and his mother were in Paris, they met Michel de Brunhoff, editor-in-chief of the French edition of Vogue magazine. De Brunhoff, a considerate person known for encouraging new talent, was impressed by the sketches Saint Laurent brought with him and suggested he become a fashion designer

. Saint Laurent would eventually consider a course of study at the Chambre Syndicale de la Haute Couture, the council which regulates the haute couture industry and provides training to its employees.

Saint Laurent followed his advice and, leaving Oran for Paris after graduation, began his studies there and eventually graduated as a star pupil. Later that same year, he entered the International Wool Secretariat competition again and won, beating out his friend Fernando Sánchez and young German student Karl Lagerfeld.

Shortly after his win, he brought a number of sketches to de Brunhoff who recognized close similarities to sketches he had been shown that morning by Christian Dior.

Knowing that Dior had created the sketches that morning and that the young man could not have seen them, de Brunhoff sent him to Dior, who hired him on the spot. Although Dior recognized his talent immediately, Saint Laurent spent his first year at the House of Dior on mundane tasks, such as decorating the studio and designing accessories. Eventually, however, he was allowed to submit sketches for the couture collection; with every passing season, more of his sketches were accepted by Dior.

In August 1957, Dior met with Saint Laurent’s mother to tell her that he had chosen Saint Laurent to succeed him as designer. His mother later said that she had been confused by the remark, as Dior was only 52 years old at the time. Both she and her son were surprised when in October of that year Dior died at a health spa in northern Italy of a massive heart attack In 1957, Saint Laurent found himself at age 21 the head designer of the House of Christian Dior S.A.. 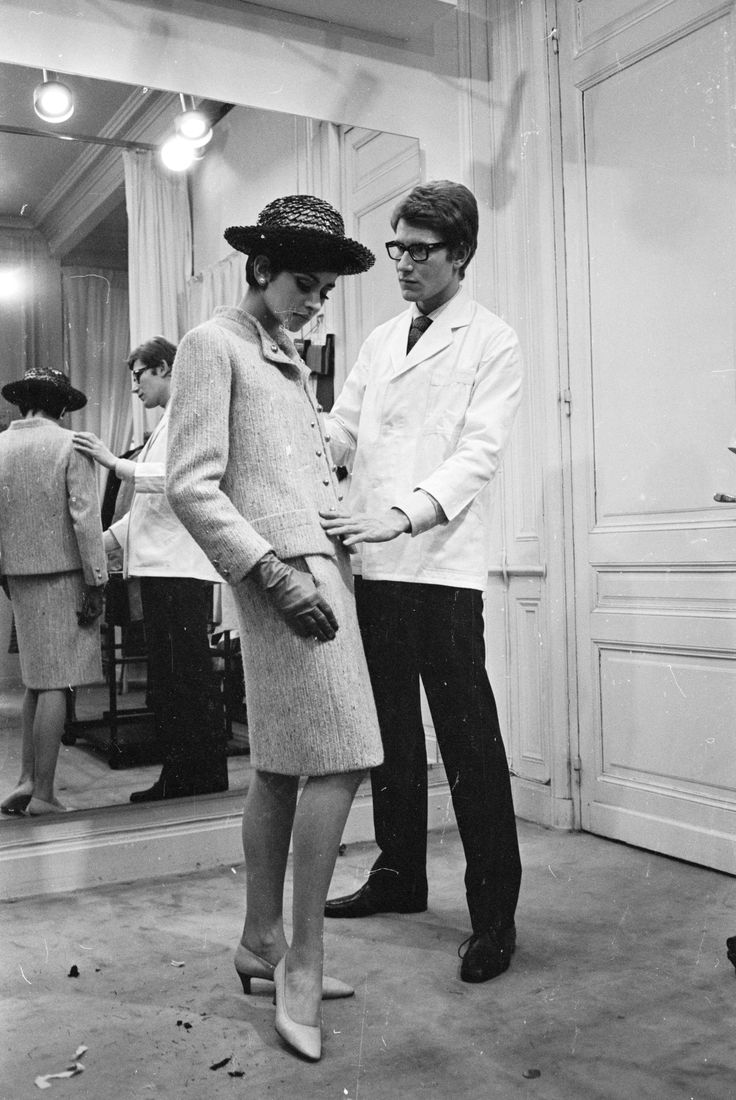 His spring 1958 collection almost certainly saved the enterprise from financial ruin; the straight line of his creations, a softer version of Dior’s New Look, catapulted him to international stardom with what would later be known as the “trapeze dress.” Others included in the collection were dresses with a narrow shoulder and flared gently at the bottom.

At this time he shortened his surname to Saint Laurent because the international press found his hyphenated triple name difficult to spell. His fall 1958 collection was not greeted with the same level of approval as his first collection, and later collections for the House of Dior featuring hobble skirts and beatnik fashions were savaged by the press. In 1959, he was chosen by Farah Diba, who was a student in Paris, to design her wedding dress for her marriage to the Shah of Iran.

In 1960, Saint Laurent found himself conscripted to serve in the French Army during the Algerian War of Independence. Alice Rawsthorn writes that there was speculation at the time that Marcel Boussac, the owner of the House of Dior and a powerful press baron, had put pressure on the government not to conscript Saint Laurent in 1958 and 1959 but reversed course and asked that the designer be conscripted after the disastrous 1960 season so that he could be replaced.

Laurent was in the military for 20 days before the stress of hazing by fellow soldiers caused his check-in at a military hospital, where he received news that he had been fired by Dior. This merely added fuel to the fire, and he ended up in Val-de-Grâce, a French       military hospital, where he was given large doses of sedatives and other psychoactive drugs and subjected to electroshock therapy.

Saint Laurent himself traced the history of both his mental problems and his drug addictions to this time in hospital. After his release from the hospital in November 1960, Saint Laurent sued Dior for breach of contract and won. After a period of convalescence, he and his partner, industrialist Pierre Bergé, started their own fashion house with funds from Atlanta millionaire J. Mack Robinson The couple split romantically in 1976 but remained business partners. 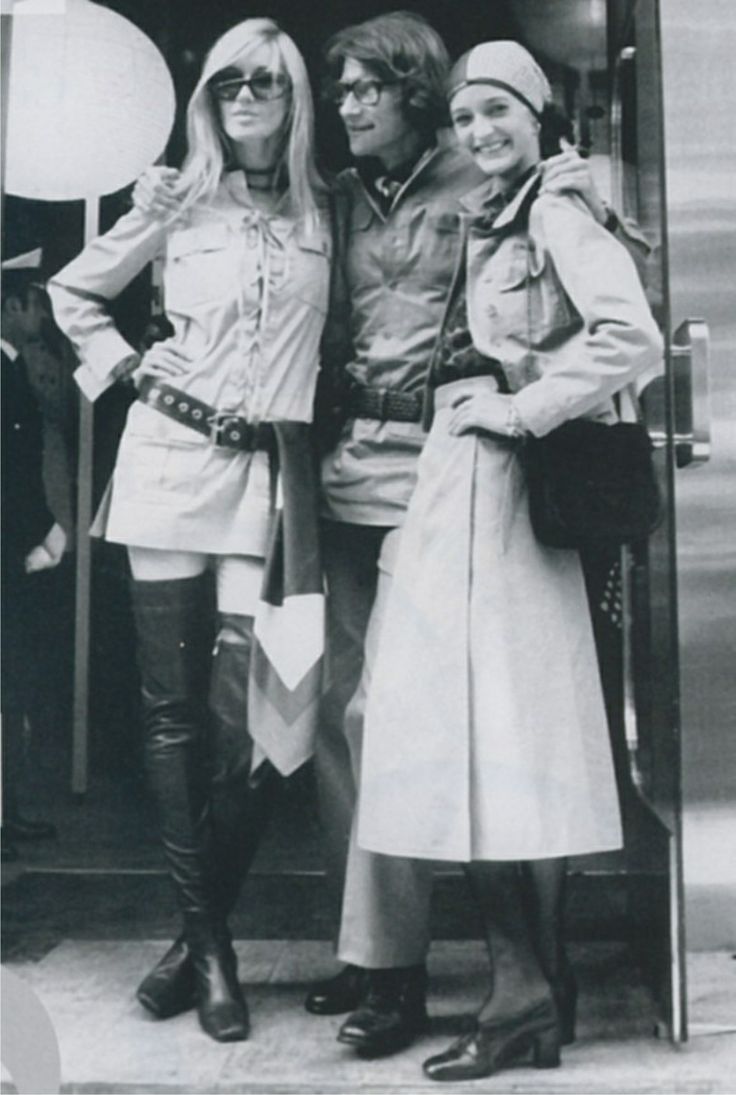 During the 1960 to the 1970, the firm popularized fashion trends such as the beatnik look; safari jackets for men and women; tight pants; tall, thigh-high boots; and arguably the most famous classic tuxedo suit for women in 1966, Le Smoking. He also started mainstreaming the idea of wearing silhouettes from the 1920s, 1930s and 1940s.

He was the first French couturier to come out with a full prêt-à-porter (ready-to-wear) line, although Alicia Drake credits this move with Saint Laurent’s wish to democratize fashionothers  point out that other couture houses were preparing prêt-à-porter lines at the same time; the House of Yves Saint Laurent merely announced its line first. 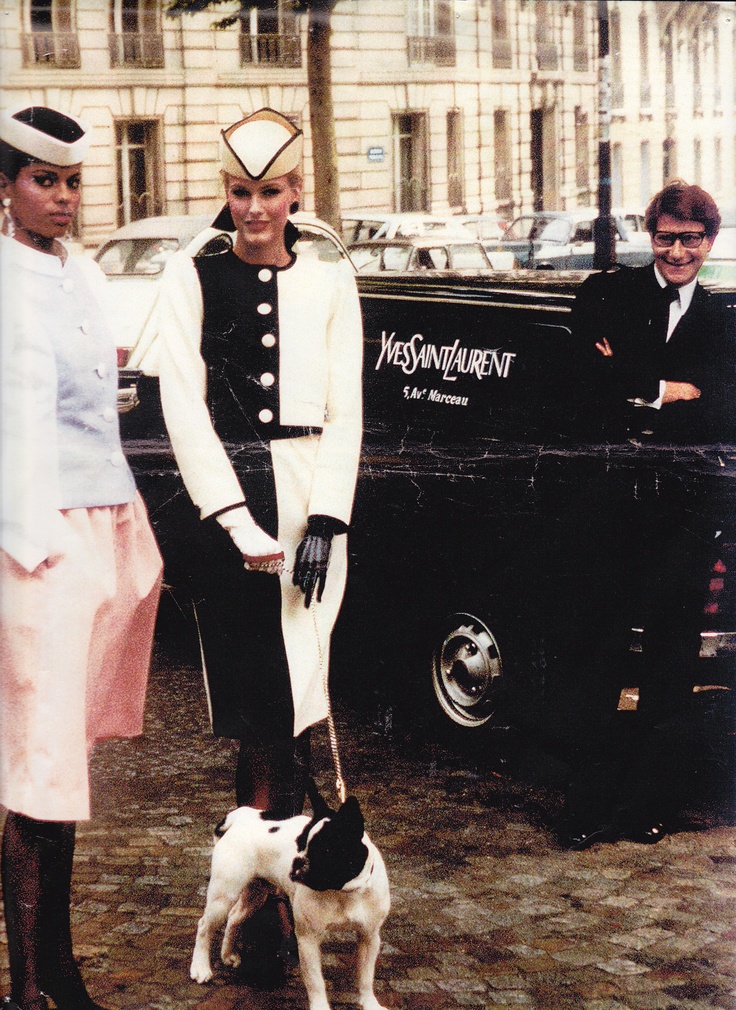 The first of the company’s Rive Gauche stores, which sold the prêt-à-porter line, opened on the rue de Tournon in the 6th arrondissement of Paris, on 26 September 1966. The premier was attended by Yves Saint Laurent, and the first customer was Catherine Deneuve 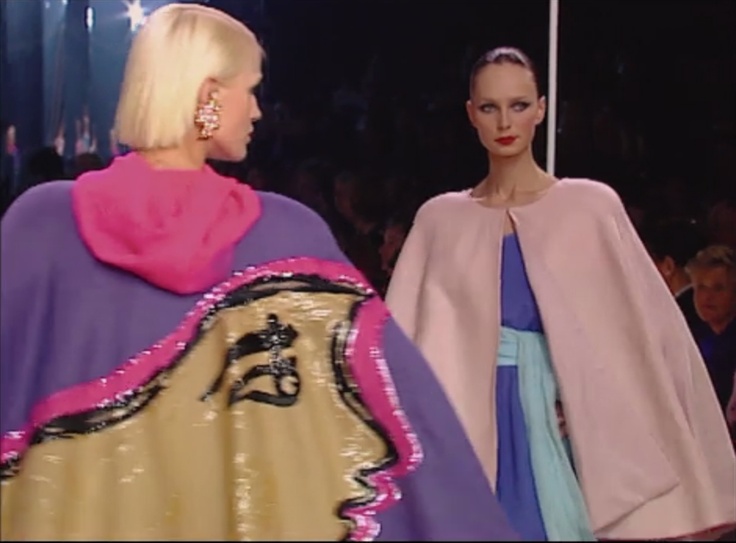 Some felt it romanticized the German occupation of France during World War II, which he personally did not experience, while others felt it brought back the unattractive utilitarianism of the time. The French newspaper France Soir called the spring 1971 collection “Une grande farce!”

During the 1960s and 1970s, Saint Laurent was considered one of Paris’s “jet set. He was often seen at clubs in France and New York City, such as Regine’s and Studio 54, and was known to be both a heavy drinker and a frequent user of cocaine. When he was not actively supervising the preparation of a collection, he spent time at his villa in Marrakech, Morocco. 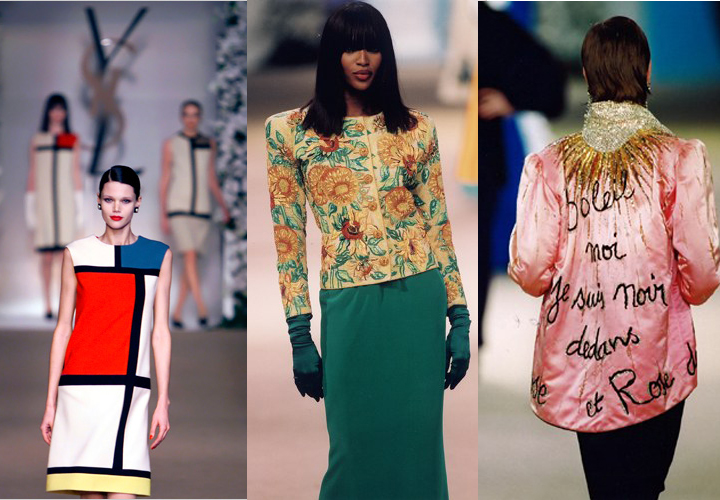 In the late 1970s, he and Bergé bought a neo-gothic villa, Château Gabriel in Benerville-sur-Mer, near Deauville, France. Yves Saint Laurent was a great admirer of Marcel Proust who had been a frequent guest of Gaston Gallimard, one of the previous owners of the villa. When they bought Château Gabriel, Saint Laurent and Bergé commissioned Jacques Grange to decorate it with themes inspired by Proust’s Remembrance of Things Past. 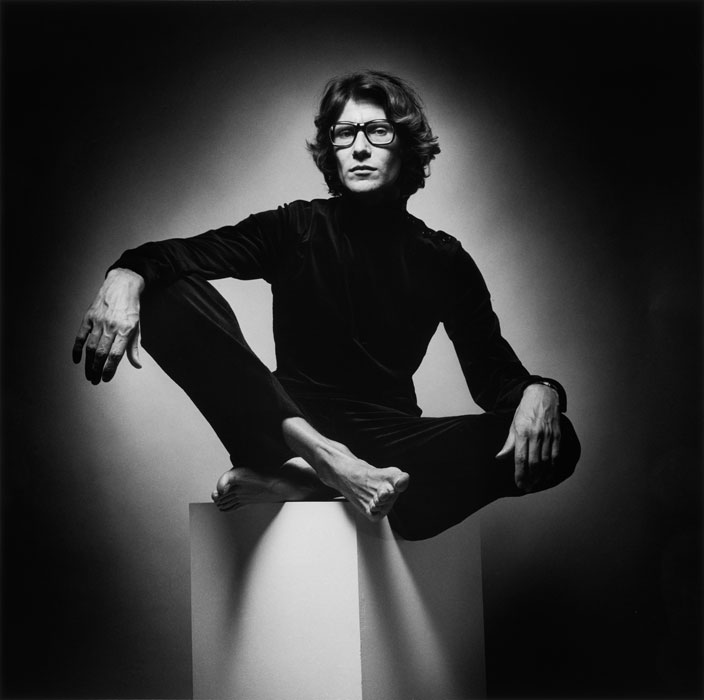 The prêt-à-porter line became extremely popular with the public if not with the critics and eventually earned many times more for Saint Laurent and Bergé than the haute couture line. However, Saint Laurent, whose health had been precarious for years, became erratic under the pressure of designing two haute couture and two prêt-à-porter collections every year and turned more and more to alcohol and drugs. 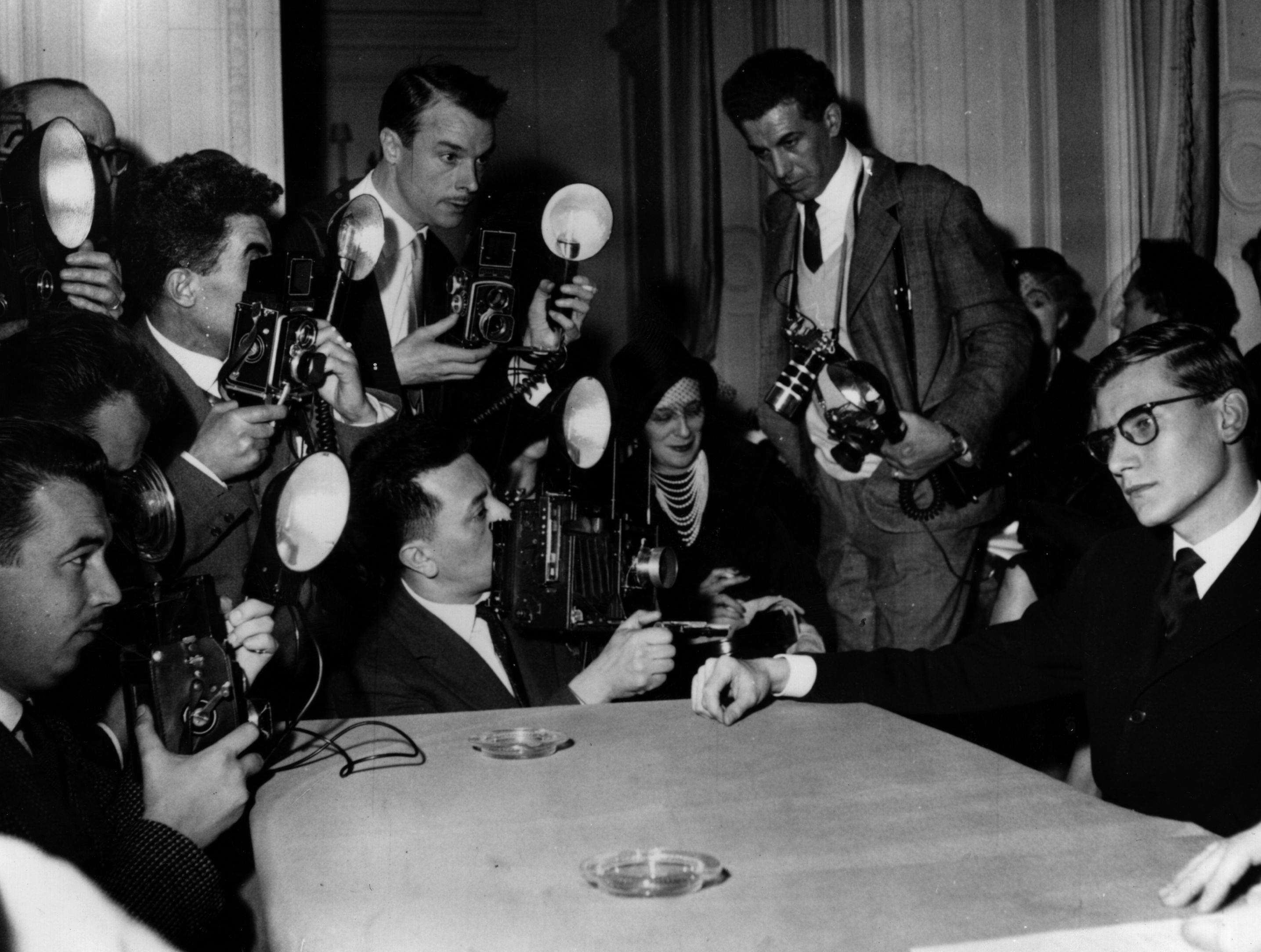 At some shows, he could barely walk down the runway at the end of the show, and he had to be supported by models.

After a disastrous 1987 prêt-à-porter show in New York City, which featured $100,000 jeweled casual jackets only days after the “Black Monday” stock market crash, he turned over the responsibility of the prêt-à-porter line to his assistants. Although the line remained popular with his fans, it was soon dismissed as “boring” by the press 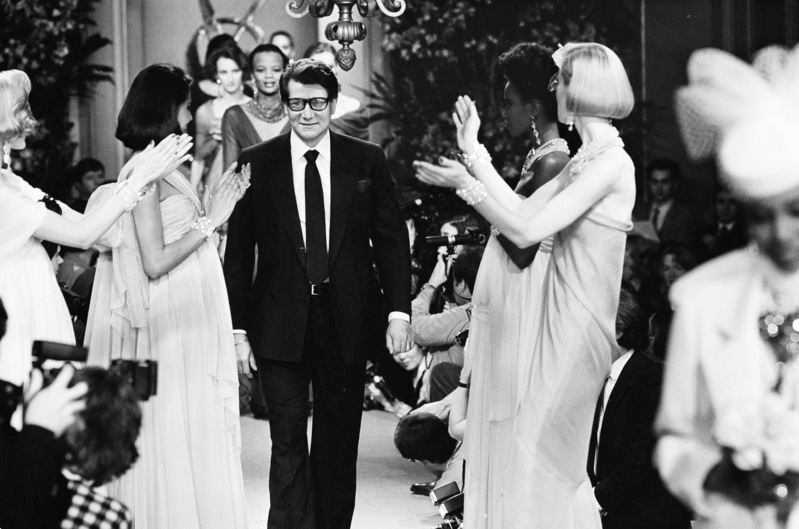 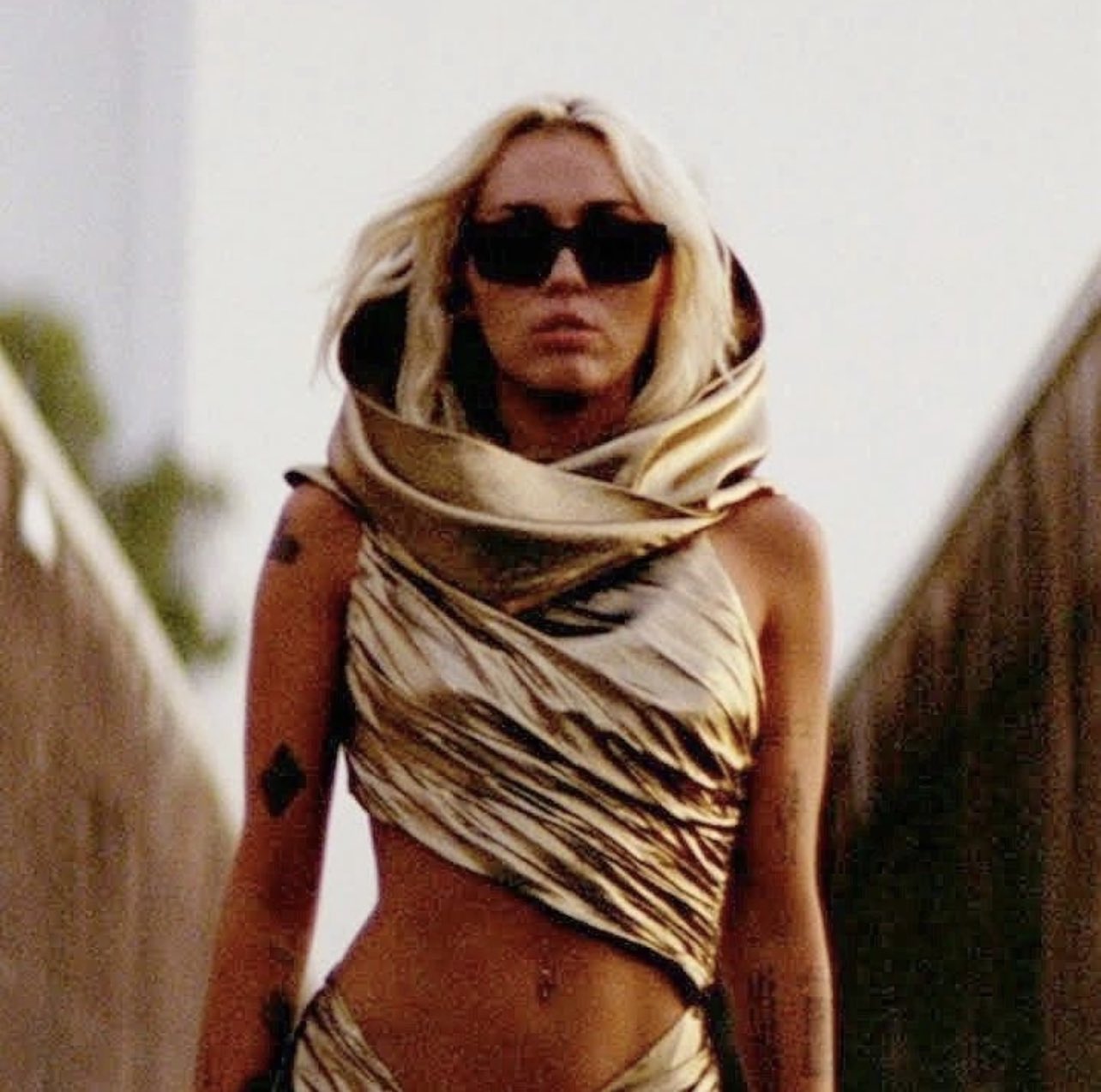 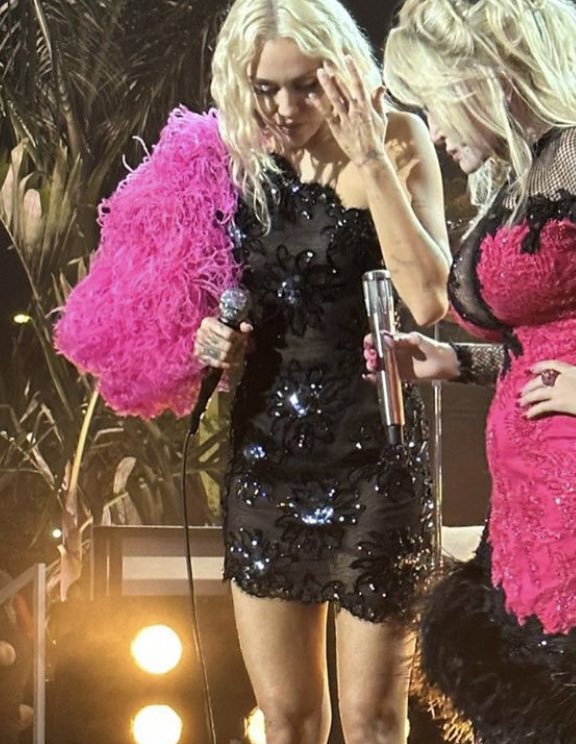 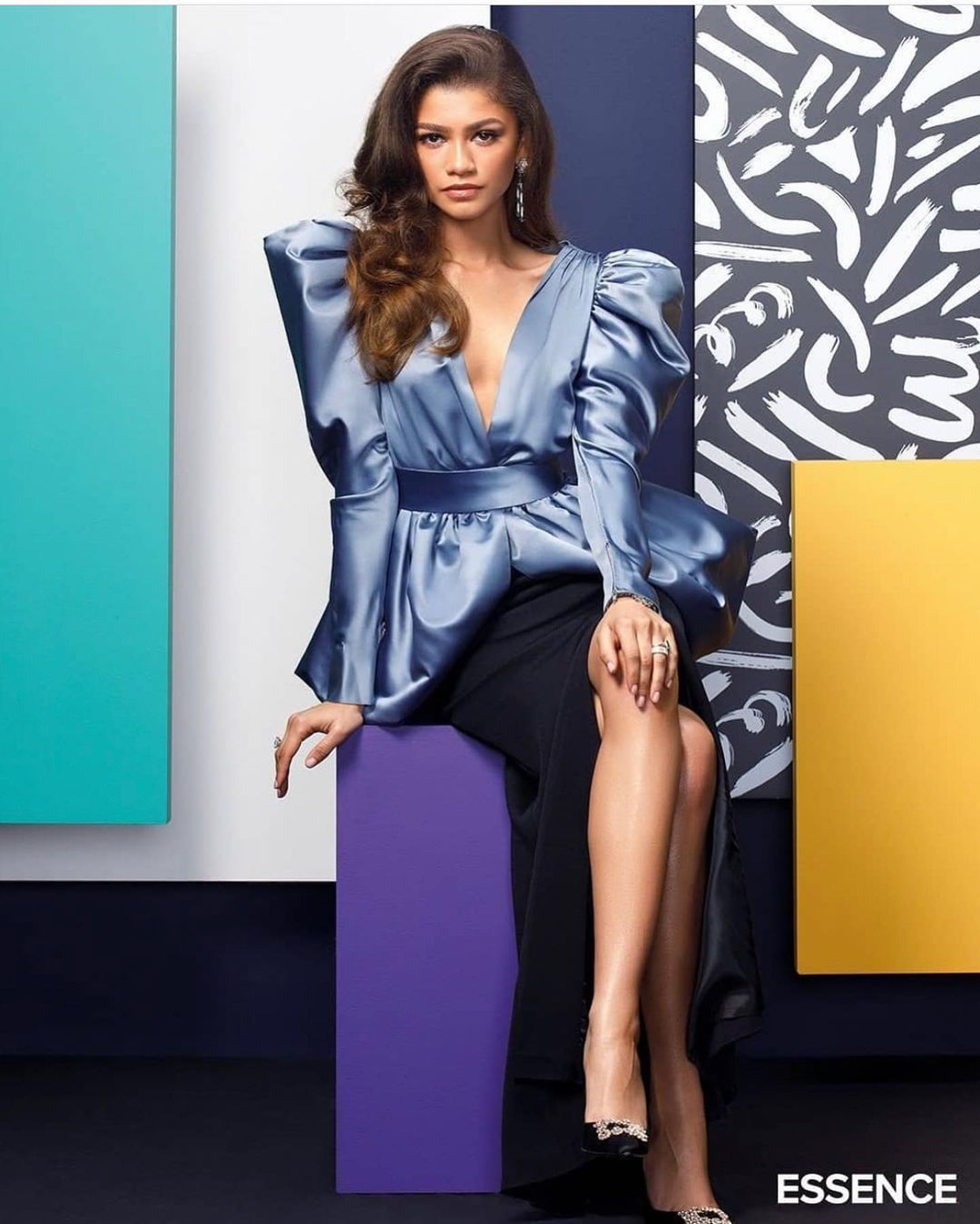 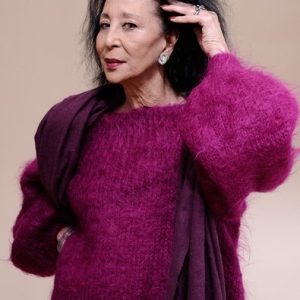